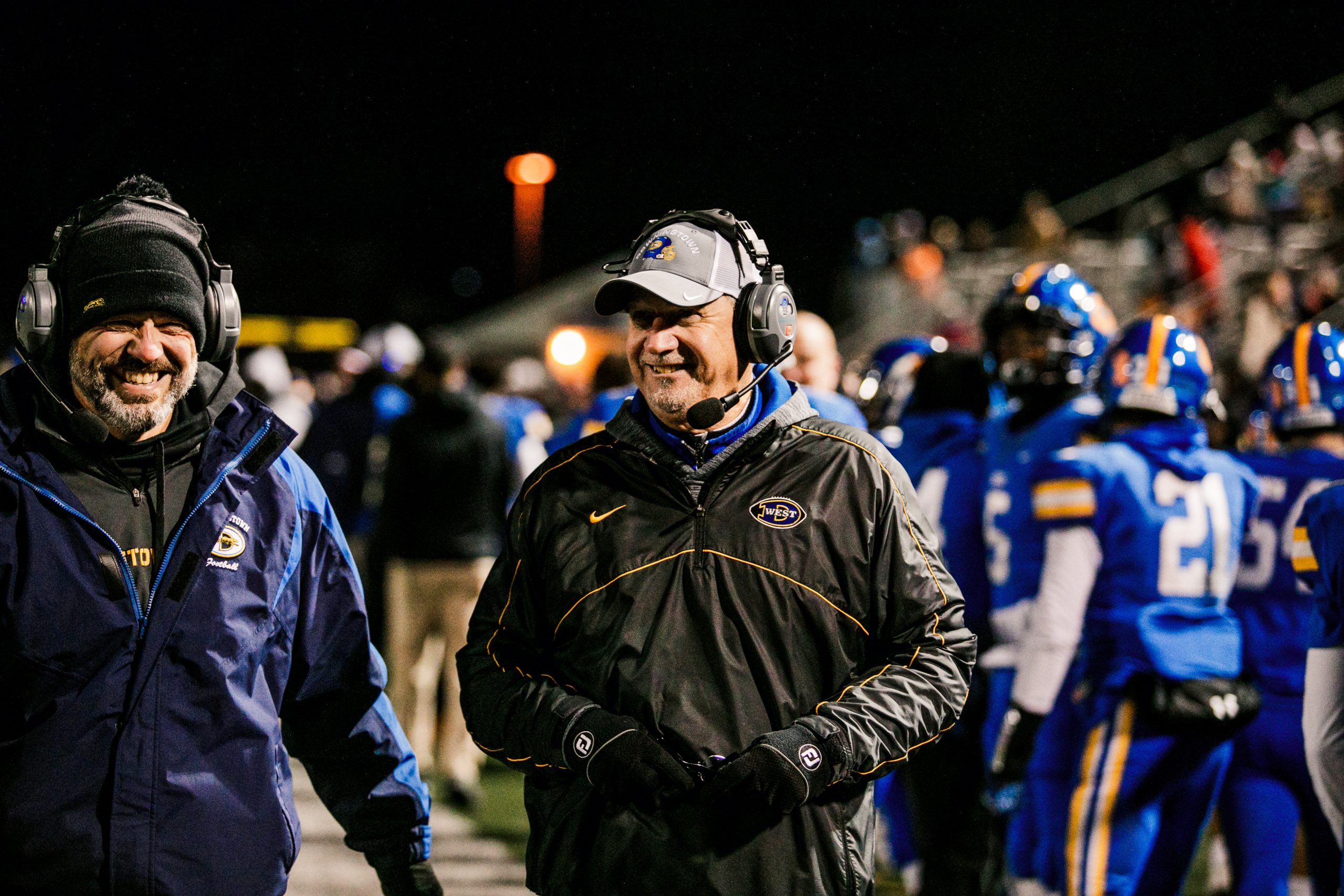 When a team loses two top starters, one on defense and the other on offense, before the first snap of the regular season, it takes a head coach with a lot of fortitude and acumen to steer the ship in the right direction despite the early setbacks.

That is what happened to Downingtown West this season as offensive lineman Pat Cusack and starting wide receiver Jackson Luneberg went down to injury in summer camp.

Along the way, the Whippets broke the Ches-Mont League record for points scored in a season as the Whippets piled up 469 points, breaking the mark of the aforementioned 1996 Downingtown team.

It is for these reasons that Downingtown West head coach Mike Milano is the Daily Local News All-Area Football Coach of the Year.

Milano saw his team jet out to a 8-0 start before losing in Week 9 to Coatesville, only to come back and roll through the District 1 playoffs, averaging 49 points per game and avenging the defeat to Coatesville in the district championship game.