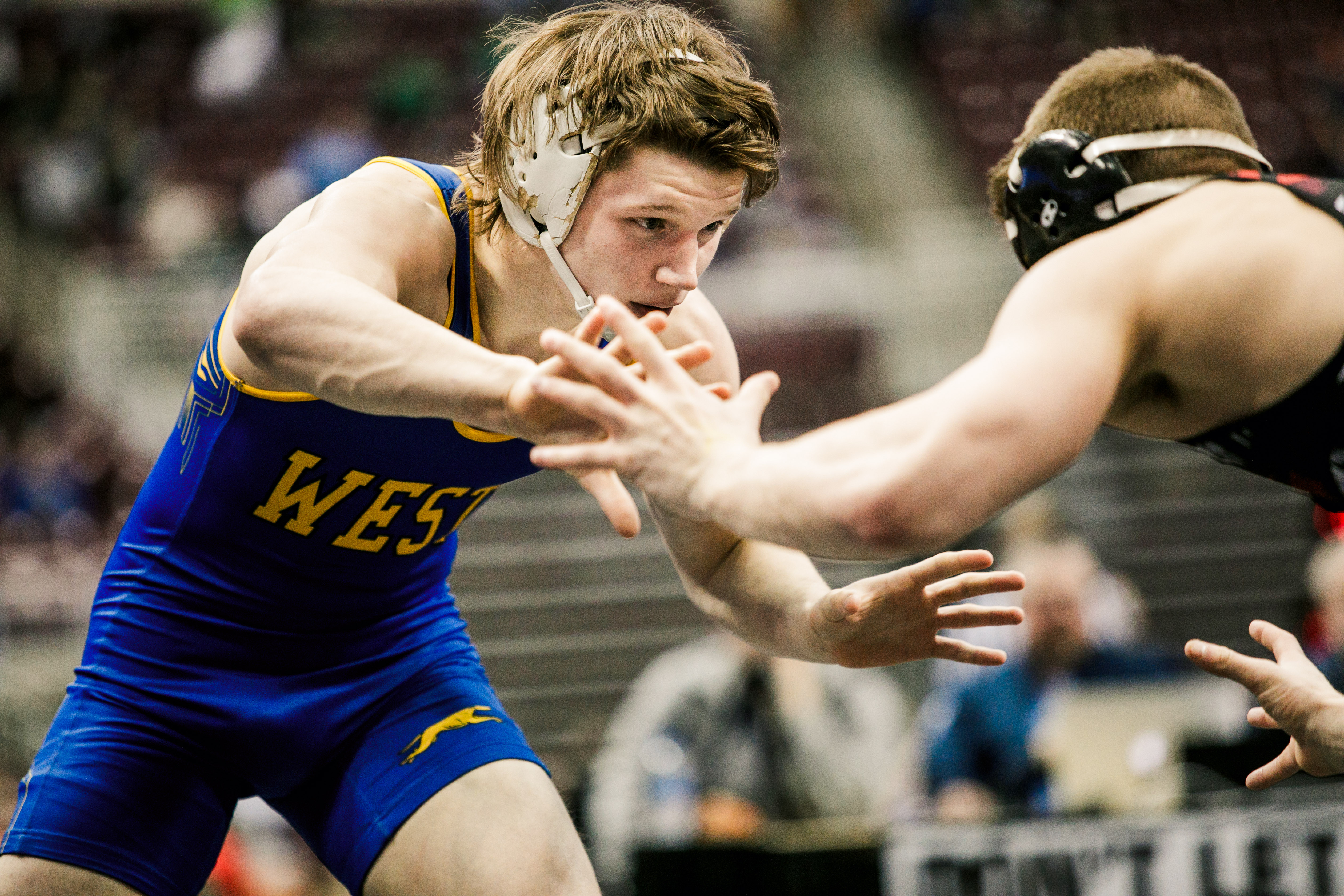 Outlook: There are not many familiar faces at Avon Grove this winter, starting with the head coach. Bill Kirwin, a former Kennett wrestler, takes over for longtime coach Frank McCue. There is no one on the roster who advanced past sectionals last year, so the Devils will likely take their lumps as they try to build. Kirwin has high hopes for Landon, who had a strong youth career.

Outlook: Lucier took third in the region last season, earning him his first trip to states. His 56 career wins are more than the rest of the roster has, combined. Lucier should be one of the better lightweights in District 1 this season and will likely drop to 120. Freshmen twin brothers, Evan and Jason Seagreaves should help down low, as well.

Outlook: East is very solid throughout the lineup and should be player in the league and in District 1. Manuel made his first trip to Hershey last year with a fourth-place finish at regionals, and will likely drop in weight. Uggla took sixth at regionals, just missing out on states, and is coming back from a football injury. Romanelli was 13-1 last winter, but had a season-ending injury in December. He was a regional qualifier as a freshman. Freshmen Ryan Loraw (113) and Bo Horvath (152) should add plenty of wins to the lineup.

Outlook: Much like last season, the Whippets will be very strong in the back end of their lineup, though losing regional qualifier, Pat Cusack (220), to a football injury hurts. Hale is a two-time state medalist, finishing fifth last year. Mielnik was a win away from a state medal and the two will get tested with arguably the toughest schedule in the league. That duo may shift their weights later in the season. Findora burst onto the scene, reaching states as a freshman, and being back at 106 will put him in position to make some serious noise.

Outlook: The Vikings appear slightly snakebitten before the season even starts. Lemmon-Kishi will miss time recovering from a football injury, and fellow upperweight, Syncere Cooper, will miss the season for the same reason. Regional qualifier, Jamison Eadie, did not come out, either. But East has a pair of solid juniors in Luke and Yadyn Cooper, and will get some help from the freshmen class. Along with Parnis, Rhys Holvey (138) and Jeff Cooper (120) bring some experience and talent as newbies.

Outlook: The reigning National Division champs are the favorites to repeat. Delaney is a two-time state medalist and he and McMonagle, a returning state qualifier, are a tough one-two punch down low. Max Jackman (113), a transfer from Seneca Valley, and Wilson make them strong in the lightweights. Henderson’s vulnerability is up top, but with Tran, Palmer Delaney, Bobby English (152), Bauman and Mason Baldwin (170) bringing winning records back, wins will be tough to find against the Warriors.

Outlook: Lavelle, one of three new coaches in the American, hopes to bring a little Council Rock magic to Great Valley, but it likely won’t happen overnight. The numbers are good, so this year will be about building for the future. Capetola is the lone returning regional qualifier and brings experience to the middle of the lineup. Humphreys won 18 matches as a junior, and Carrie Wilson gives the Pats a senior at 106.

Outlook: Reigel is hoping for a full lineup, which should add a few wins, by default. Kennett also has a pair of potential stars, waiting to fully break through. Kochersperger has reached regionals both seasons and should be in the mix again, and Watson finished sixth at regionals, one spot shy of states. Barrett and Pebly are solid pieces for dual meets, and Barlow, as well as Bailey Shindle (220), are impact freshmen.

Outlook: The Hornets had their best season in awhile last winter, coming within two points of West Chester Rustin for the American crown. Most of their talent is back, with Quin the only big name in the senior class. Johnson, Hershey and Meredith were regional qualifiers, with Hershey finishing sixth at 106. He will likely be back there at some point, but in the meantime, freshman Reiland Canaday will assume the spot. Canaday and Austin McMillan (126) lead a solid freshman group. If the Hornets can improve in the back end of the lineup, they’d be real trouble.

Outlook: The big name missing is two-time state medalist, Tyler Mousaw, who is no longer at Unionville. That leaves Szewczyk’s already tall task as a first-year coach, even steeper. He will lean on his captains, Elsen and Luzzi. Of Elsen’s 23 career wins, 15 have come by fall, and he used some of that flair last postseason, pinning his way out of nowhere to regionals. There is not a ton of varsity experience in the lineup, but with over 30 kids on the team, there is growth potential. Tryon is the top frosh entering the fray for the Indians.

Outlook: Despite the switch at the top, with Finding assuming the head role, not much changes for the always-steady Golden Knights. Viarengo broke out last postseason, finishing fourth in the region to earn his inaugural trip to states. King and Pratzner were regional qualifiers, as well. Rustin always find capable help to fill in the lineup, starting with Baldesari and Walsh. Oxford and Henderson are scheduled for late in the season, once again, meaning the Knights should be primed to defend their title.

Outlook: Lawal became the first state medalist in school history, placing eighth in the Class AA tournament. He’s looking to become the schools first three-time state qualifier, and is 23 wins away from 100. As is always the case, Church Farm’s lineup will be littered with inexperienced wrestlers, but bar has been raised the last few years and that should help. Chiesa is a freshman the staff is excited about.

Outlook: Lofland, Walker and Hamilton reached regionals last year, with Lofland placing sixth, a spot away from Hershey. Toll could join them this year after taking sixth in the North section last year. They will set the pace for the Pioneers, along with Baker, who won 27 matches as a freshman. Stoga should be in the mix in the Central League, but once again has a key early-season dual meet with reigning champ, Garnet Valley, on December 18.

Outlook: It was a bit of a transition year for the Friars last year, but they still took fourth at prep nationals. With only two seniors in the lineup, this team is built for the future, but will still be a present-day powerhouse. DelViscio and Harkins took second and fourth at nationals, respectively, and Feldman, Rogers, Jack Wehmeyer (160) and Andrew Connolly (182) also earned All-American honors. Deery, who placed eighth in the state with Garnet Valley last season, transferred in, and three of the top 33 incoming freshmen (according to papowerwrestling.com) — Tommy Link (106), Barnhart and Reed Fulmer (126) fill in the lower weights.

Outlook: Westtown has a solid core of returners primed to keep it competitive again. Kisiel is the highest returning state placer, coming off a fourth-place at prep states. He won 32 matches as a sophomore and will make the leap up a couple classes. Hankin was a 28-match winner a year ago, and An Ngo (138) and Davion Glover (152) join him in the middle with some experience. Farrow anticipates successful seasons from first-time starters, Aidan Gunton (170) and Caden Gulka (182).