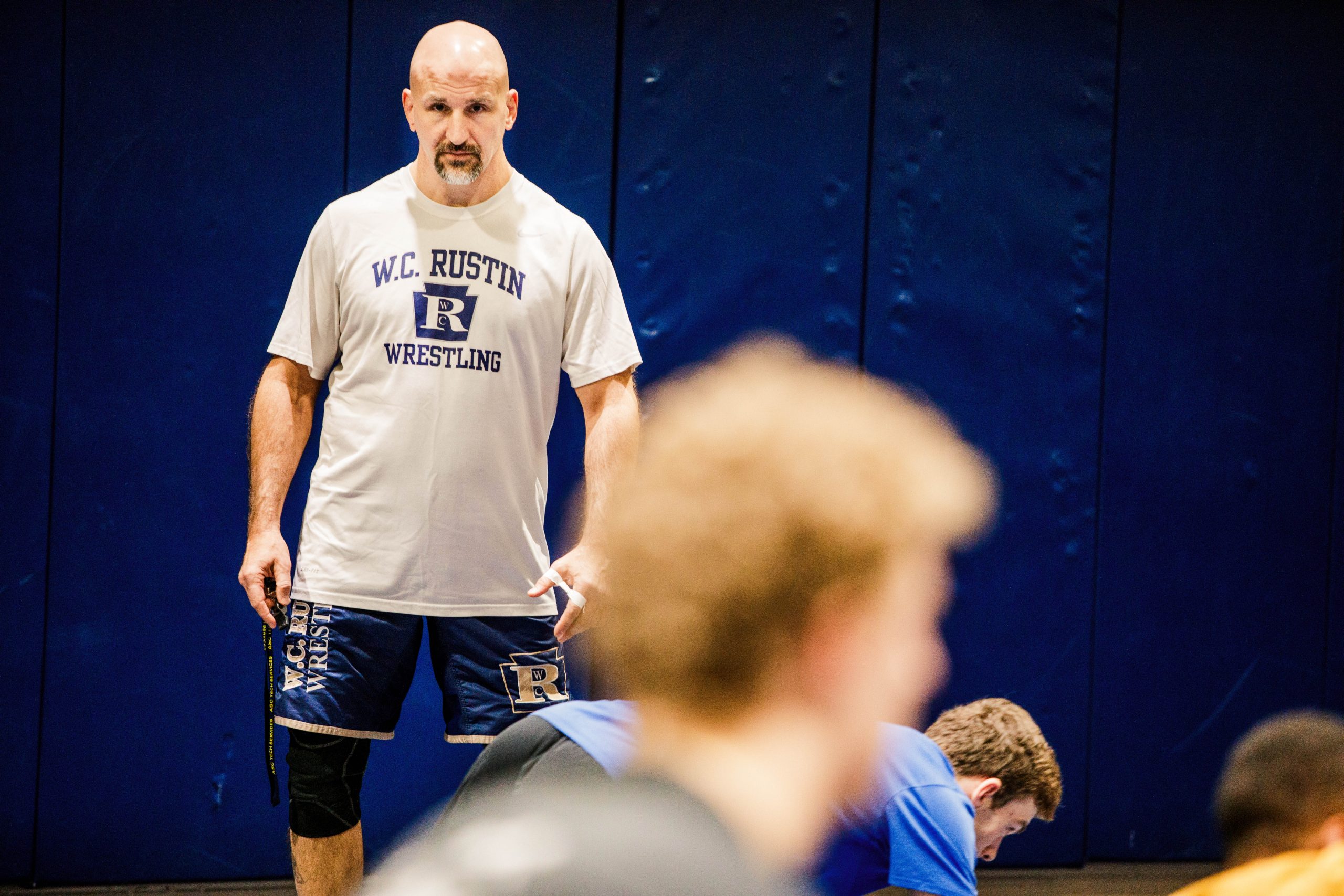 In the world of wrestling, maybe more than any other sport, it’s easier to notice how much stays the same, or when something ends up changing.

Year after year, time seems to stop in the Giant Center, in Hershey, with the same staff working the state tournament and the same coaches congregating in it.

But in the Ches-Mont alone, a third of the schools will head into the 2019-20 season with new leading men at the helm of their wrestling programs.

Bill Kirwin takes over at Avon Grove, Bobby Lavelle steps in at Great Valley, Todd Szewczyk gets a new role at Unionville and West Chester Rustin will be guided by Tony Finding.

The change at Avon Grove is the first since 1996, when longtime coach Frank McCue was hire. Twenty-three years later, McCue reflected on run.

“I really enjoyed trying to get the most out of the kids every year,” McCue said. “Regardless of the wins, trying to make sure they had a good experience with the sport of wrestling.”

McCue coached seven state qualifiers, two of which (Edgar Garcia and Kevin Edwards) earned state medals under him. He said he will miss not being on the mat this year, but noted “irreconcilable differences” between he and administration forced his decision.

Kirwin, a Kennett graduate, takes his spot after a long break from coaching. Kirwin was an assistant under Tyrone Johnson at Kennett after a five-year stint in the Marines.

Instead of dipping his toes back in the sport, Kirwin just dove right in.

“I thought it was an opportunity to get back into it and teach kids some of my knowledge, so I took it,” he said.

All four of the new head coaches accepted that role for the first time.

The youngest of the batch is Lavelle, who graduated Council Rock South in 2010, and takes over for Mike Semar, who became the Great Valley athletic director. Having seen arguably the best Great Valley in program history in 2009, as a two-time state qualifier for the Golden Hawks, Lavelle hopes to bring his new squad back to that level.

Having been part of one of the top wrestling programs in the state, both as a wrestler and assistant coach, Lavelle understands what it takes to get there. He brought former teammate and state qualifier, Dustin Tancredi, along with him as an assistant.

“There’s a lot of pride at Council Rock, whether it was North or South,” Lavelle said. “The team had pride in what they did and the school had a lot of pride in the team. We traveled throughout the state, hunting as many losses as we could to get guys as good as they could be. It’s a different atmosphere here, so we’re trying to build up that pride and that mindset and culture where wrestling becomes life for eight to 12 months of the year. It’s a long-term commitment.”

Bobby Lavelle, a former state qualifier for Council Rock South, takes over at Great Valley in his first role as a head coach. (Nate Heckenberger – For MediaNews Group)

The bar in the Ches-Mont American Division has been set by Rustin, who has its second coach in program history. Finding swapped roles with former head coach Brad Harkins, after being an assistant the last few years. Harkins is still there, just as an assistant.

That dynamic has been working for Finding, who wrestled at Slippery Rock University after growing up in Ohio.

“It’s not much of a change from what I was doing last year, but a lot more administrative stuff,” Finding said. “It’s been seamless transition. (Harkins) and I coach very well together. We always have. We cover for each other really well so that hasn’t been a problem.”

Another role reversal of sorts took place at Unionville, where Szewczyk used to be an assistant under Chris Matz. After three years away while Bill Taylor was the head coach, Szewczyk is back, with Matz helping him as an assistant.

Szewczyk will need all the help he can get after tearing his bicep just prior to the start of the season. Even that can’t damper his enthusiastic return.

“It’s great to come back to a school I loved for 15 years and be back with Matz,” Szewczyk said. “Our roles have switched, but with him and Kurt Haines’ knowledge and expertise, I think we have a pretty good staff and we’re gelling really well.”

It’s not an easy task, building a sports program and/or maintaining an already-successful one, especially with the physical and mental discipline wrestling requires of its competitors. But you don’t last as long as McCue did without the right perspective.

“It’s hard to create that culture. You look at some of the other communities and programs where kids are expected to wrestle,” McCue said. “The kids made it special and it was always about them. I feel fortunate to be a part of that.”