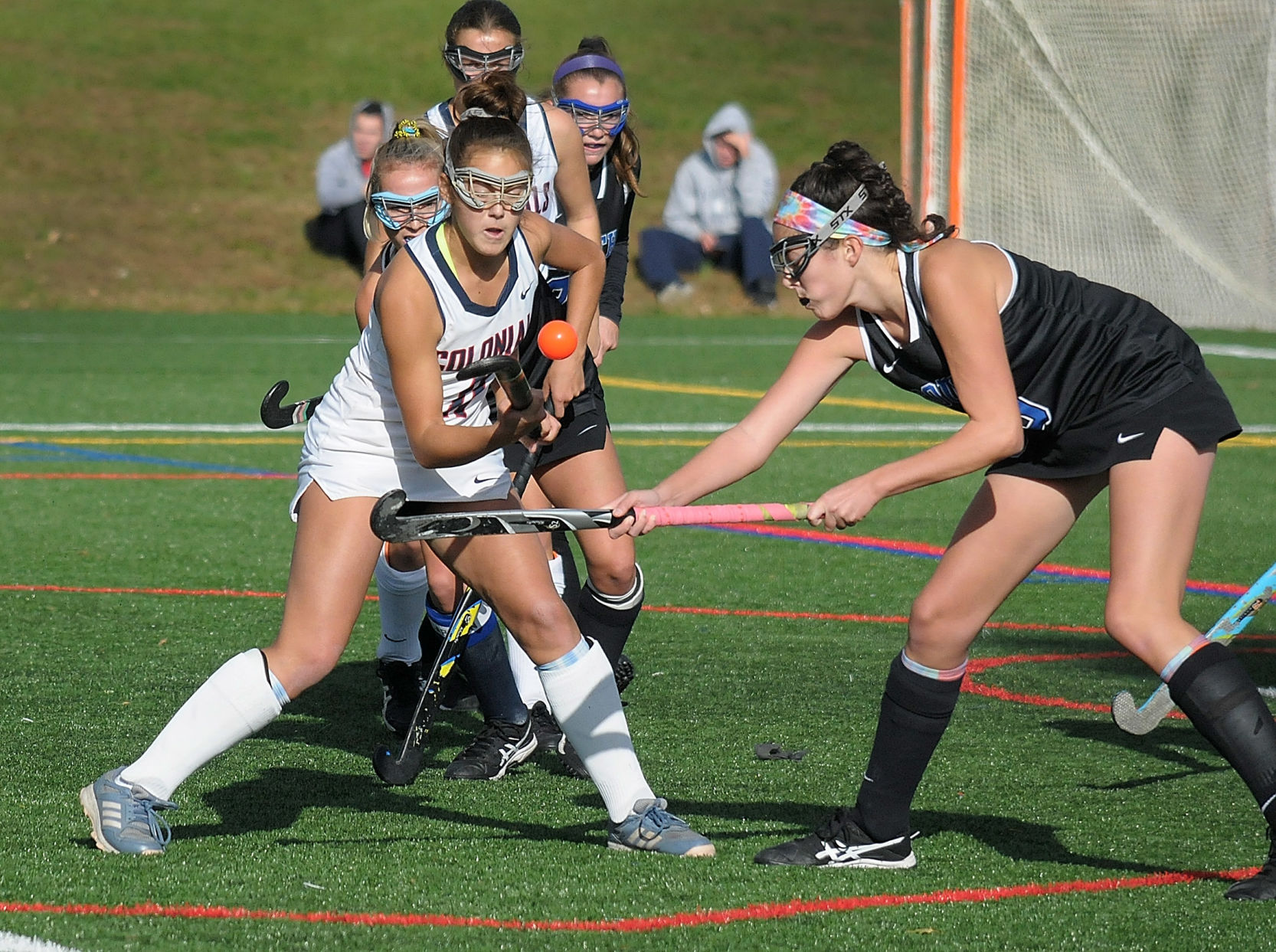 Not only did Ava Borkowski’s junior season improve on her First Team All State performance as a sophomore, it blew it out of the water.

The Plymouth Whitemarsh forward totalled 58 goals and eight assists for 124 points — the goals and points are single-season school records — in 2019 while leading the Colonials to one of their best seasons in school history.

After an unprecedented offensive season, Borkowski has been selected as the Reporter/Times Herald/Montgomery Media Field Hockey Player of the Year.

“It was amazing,” she said of setting program records. “It’s something I’ve been working on for so long. To do that — it’s a great feeling.”

“Ava posed an offensive threat every single game this season,” PW coach Charise Halteman said. “Her quick hands, good decision-making and ability to finish inside the circle were invaluable to our success this season. As the center forward for our team, she set up our defensive press and used that position to put pressure on our opponents’ defense. Ava has always had a knack for scoring goals, but this season she elevated her play by creating scoring opportunities for herself and by working on more dynamic off-ball movement. By the end of the season, she was always tightly marked, but her ability to stay focused and read the play allowed her to continue scoring despite the additional pressure. When Ava had the ball our team could count on good things happening!”

Borkowski’s 2019 campaign got off to a fast start. She scored three goals in a 5-1 win over Suburban One League American Conference rival and eventual runner-up Wissahickon.

Borkowski also noted the Colonials only regular season loss as one of her most memorable performances. She scored three goals in a 4-3 loss against Owen J. Roberts at the end of September.

“That was pretty cool because it was an out-of-league game and they’re such a strong team,” she said. “I was able to see that I can not only score in league games, but I can also do it with stronger teams that are out of league. We lost to (OJR), then we ended up beating them in the playoffs to advance to the final.”

After scoring 24 goals as a freshman and 26 as a sophomore, Borkowski caged her 100th career goal this year. She is believed to be the first player in PW history to reach the century mark.

“I became more dangerous in the circle and got shots off quicker,” she said of junior year leap in scoring.

“(One hundred goals) is so special. Going into my freshman year that was one of my main goals — just to score that in my career. The fact that I got it junior year, it just really motivated me. I also think it motivated the team just to see that one of our players is doing this. The whole team contributed to it. It wasn’t just me.”

Her offensive prowess helped lead the Colonials to a 17-1 regular-season record. They went a perfect 14-0 in SOL American play to win the league title for the seventh straight season.

The team reached the District 1-3A championship game before losing to Downingtown West, 3-2 in overtime. Borkowski had both goals.

In the state playoffs, she scored PW’s lone goal in a 2-1 loss to Easton in the first round. She came within a couple inches of tying the game in the final 20 seconds.

“We’ve really enjoyed playing together,” Borkowski said of the team this season. “Going into the postseason our word was ‘together.’ We would cheer that before every game and that’s how we made it as far as we did. We didn’t just play with one player selfishly. We used every single person on the field and every single person contributed to our success.”

Last month the 16-year-old Conshohocken native committed to continue her academic and athletic career at the University of North Carolina. She always planned to stay close to home when it came to college, but a visit Chapel Hill changed her mind.

“I toured the campus, met the team, watched a game,” she said, “and I just fell in love with the school. I was like, ‘This is where I belong.’ The team atmosphere there is amazing and everything there really set the bar high.”

Before heading off to play for the 2019 National Champions in 2021, Borkowski has another season to play at Plymouth Whitemarsh and is still trying to get better.

“Just (working) to improve my skills and my off-ball movement,” Borkowski, who plays for the WC Eagles during the high school offseason, said. “You can always get faster, so I’ll work on that.”