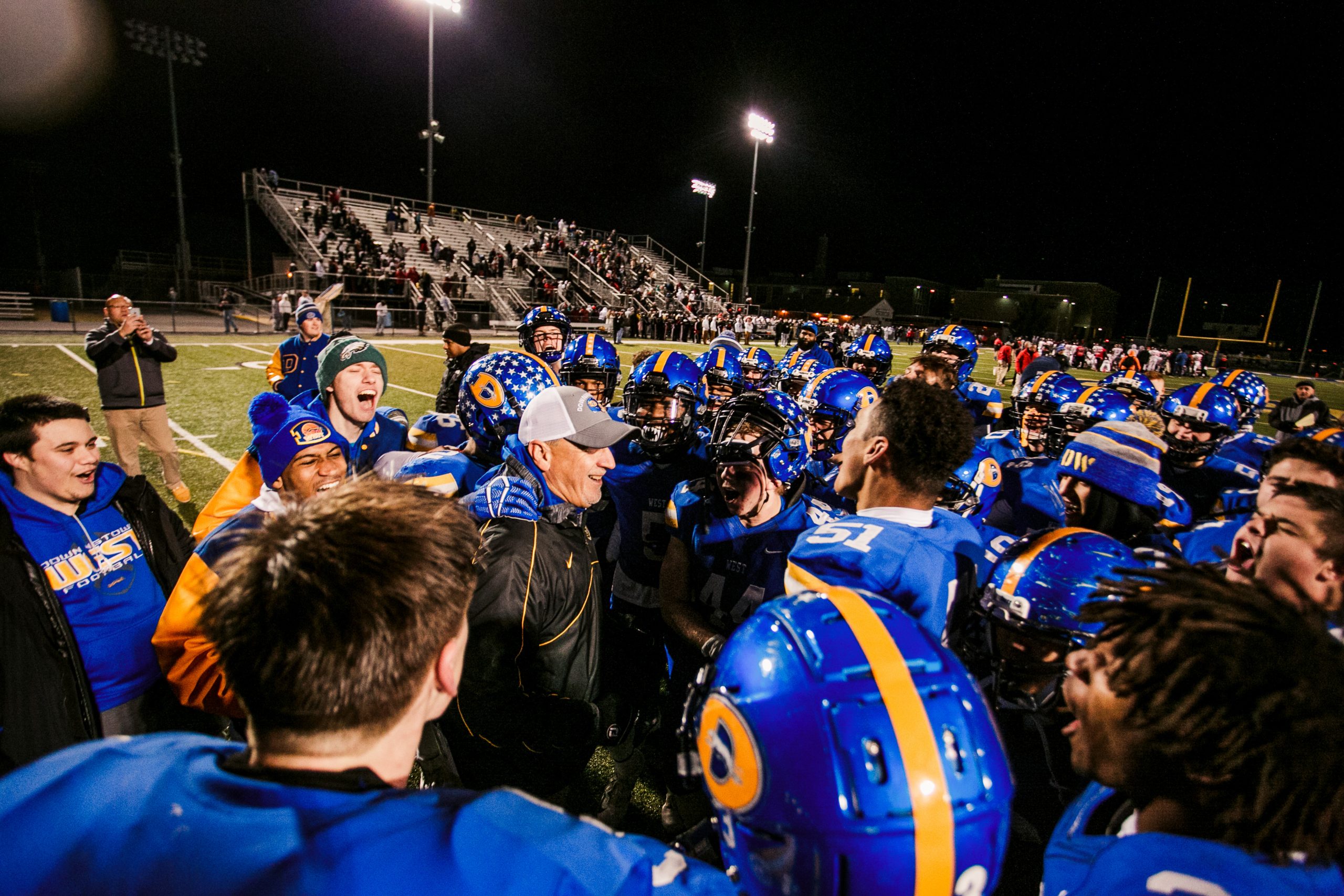 There are a few special moments in life where you can look back, exhale and breathe in the sweet air of contentment.
A feeling of accomplishment and a validation of a job well-done.
One of those rare moments came late Friday night at Kottmeyer Stadium for Downingtown West head coach Mike Milano, after his Whippets dispatched archrival Coatesville and ascended to the top of the District 1 football mountain by claiming the Class 6A championship.
For Milano, one of the most innovative head coaches in the entire state, it was a process that began two years ago when he inserted players named Will Howard, Sean Pelkisson, Pat Cusack and some other talented sophomores into the Whippets’ starting lineup.
The bold move to bench seniors did not go over all that well with some people in Downingtown. Some of those people did not hide their displeasure, and their were some ugly barbs thrown at the head coach.
But, controversy was nothing new for the Whippet boss. Nothing was ever given to Mike Milano. He came from a blue collar background and believed in things like hard work and doing things the right way.
The head coach believed this group of sophomores was special, and he was right.
Not only are the current Whippet seniors tough on the football field, they are just as tough mentally, as they overcame injuries to Cusack and receiver Jackson Luneberg — injuries that would cripple a less-dedicated program.
Friday night, Milano and his Whippets were at their very best in the 48-36 win over the Red Raiders. The Whippets ran the wishbone at times, counter plays, quarterback read option plays and it all worked.
Milano always says players making plays win games. And he is right about that. But, it takes a keen eye and a strong disposition to stand up to the outside noise and doubters. Mike Milano has done that his entire coaching career.
Friday night, even the head coach, who deflects praise with the best of them, had to feel vindicated.
His belief in his young men was finally rewarded.
There is no better team in District 1 than Mike Milano and his Downingtown West Whippets. He saw the greatness more two years ago.
Friday night, we all saw it with our own eyes.
Peter DiGiovanni covers high school football for the Daily Local News and Pa. Prep Live. Follow him on Twitter @PeteDLN.