District final is a celebration of Ches-Mont’s football supremacy 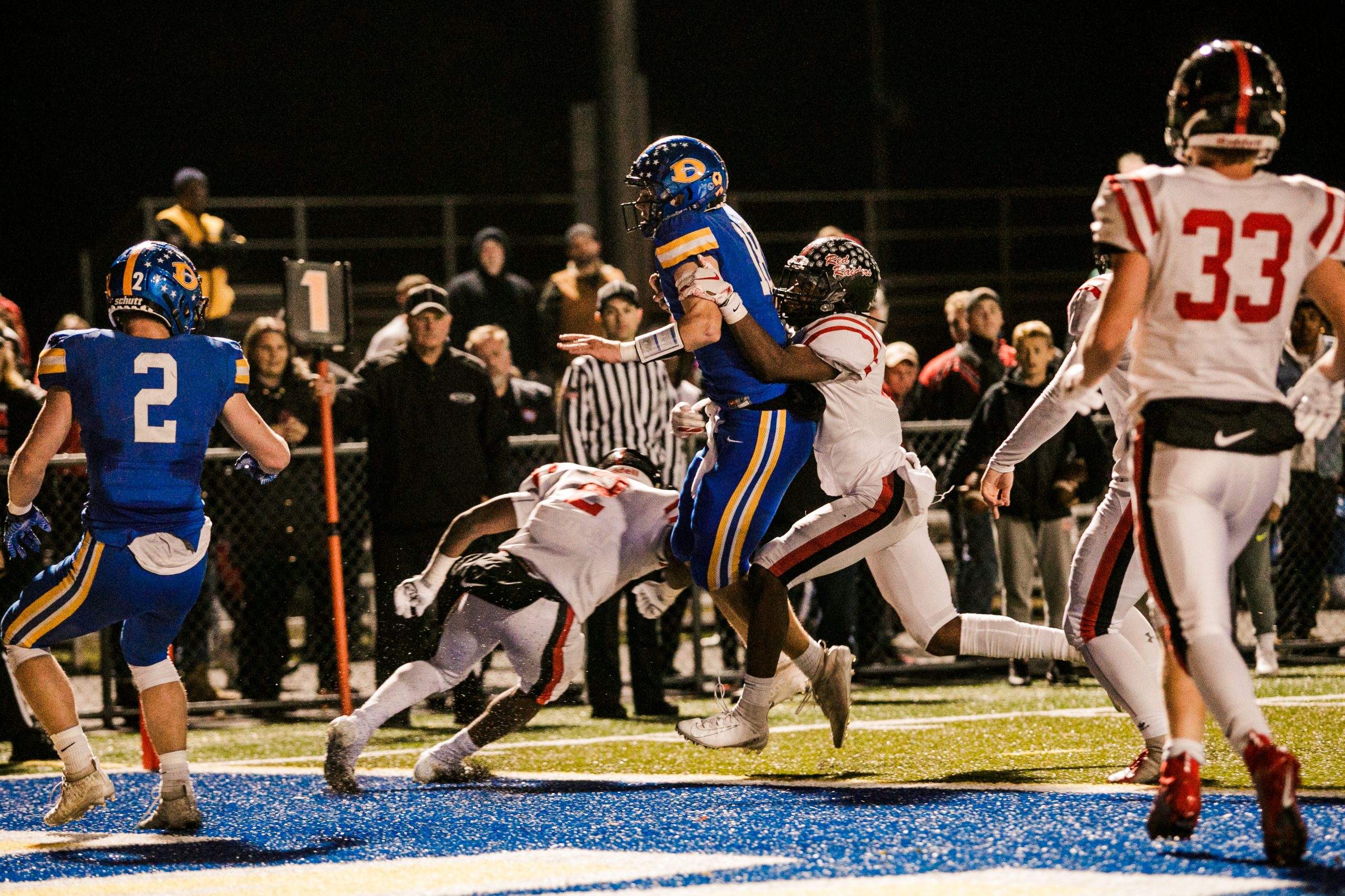 CALN — In addition to crowning the District 1 6A champion at Kottmeyer Stadium, Friday is going to be a celebration of the Ches-Mont league’s football dominance.

Combatants Downingtown West and Coatesville are located a mere five miles apart, smack dab in the middle of Chester County. The winner moves on to the PIAA Semifinals to face Central Dauphin, with a berth in the state title game at stake. The loser is the district runner-up, which is no small feat either.

The Whippets and Red Raiders are two of five squads that make up the Ches-Mont National, a division that has overwhelmed Southeastern Pennsylvania high school football over the course of the last three seasons.

“Now everybody knows that the Ches-Mont in 6A is by far the strongest conference in District 1,” said Coatesville head coach Matt Ortega. “I don’t think anybody is foolish enough to overlook us. They know the strength of the Ches-Mont.”

The District 1 6A title now goes through the 30 Bypass corridor every fall, with Coatesville and the Downingtown’s becoming consistent major stumbling blocks for any legitimate contender, from North Penn to Garnet Valley to Central Bucks West.

“The last five years, if you compare ours to any other league, we have the most success, by far,” said Downingtown East head coach Mike Matta. “And all you hear about is the Central League or the Suburban One League.”

At 5A, traditional powers West Chester Rustin and Unionville have now been joined by newcomers Kennett and West Chester East as legitimate contenders. The Blue Demons and Vikings went a combined 19-5 this fall, with Kennett advancing to the district semis and East winning the outright Ches-Mont American crown.

“There is no doubt, just up and down, our league’s had a great year,” Unionville had coach Pat Clark said. “It helps you when you get to the playoffs. When you play Coatesville, (West Chester) Rustin, West Chester East and Kennett like we did, it’s going to get you battle-ready.”

The Indians had a bit of a down year, and yet Unionville got to the district quarters and are the only team so far to push top-seeded Cheltenham, before falling 35-21. And even though Rustin failed to win the division, the Knights amassed nine wins before exiting in the district semis, by a single point.

Oh, and did we mention that at 4A, Bishop Shanahan is the reigning 2019 district champs?

“It wasn’t just a good year, it was a great year for the Ches-Mont,” Matta said.

Counting Friday’s winner, Chester County teams have captured 14 district football crowns in the last quarter century. But five of those have come in the last three seasons. The league has never been as powerful in the region as it is right now. And it’s always been relevant.

“On Friday, you have programs where the kids just live and breathe football,” Clark pointed out. “It starts when they are little kids with the Kid Raiders and the Young Whippets.

“You have loads of talent on each side. At Coatesville you have Ricky Ortega and Dapree Bryant. On the other side you have Tyriq Lewis, Will Howard and Sean Pelkisson.

“And two teams that are tough as nails – nobody is going to back down.”

This is a time for local football fans to savor, and Friday is the victory lap. It’s a rare opportunity to pump out the chests and celebrate not just the accomplishment of having an All-Ches-Mont district final, but the accomplishments of the entire league.

Keep in mind that there are no guarantees that it will continue, especially at this level. The scary thought, however, is that some see what is happening now as just the beginning.

“I think, if anything, the level of play is going to get better,” Clark said. “West Chester East and Kennett are only encouraging and pushing teams like ours and (West Chester) Rustin to get even better than we’ve been.”

And, of course, it’s well documented how Coatesville, Downingtown West and Downingtown East have been pushing each other to greater heights for many years. The three wound up sharing the 2019 C-M National title because they took turns beating each other during the regular season.

Coatesville is going for its third district title in a row. Getting through the Ches-Mont meat-grinder is a major challenge every season, but it always seems to make the Raiders better.

It also makes for some great theater, and Friday’s clash is the encore to a magnificent showing.

Six-point tutorial: what Downingtown West needs to do to beat Coatesville
DiGIOVANNI: 11 years later, Coatesville’s gamble on Ortega has paid off … and then some