DiGIOVANNI: 11 years later, Coatesville’s gamble on Ortega has paid off … and then some 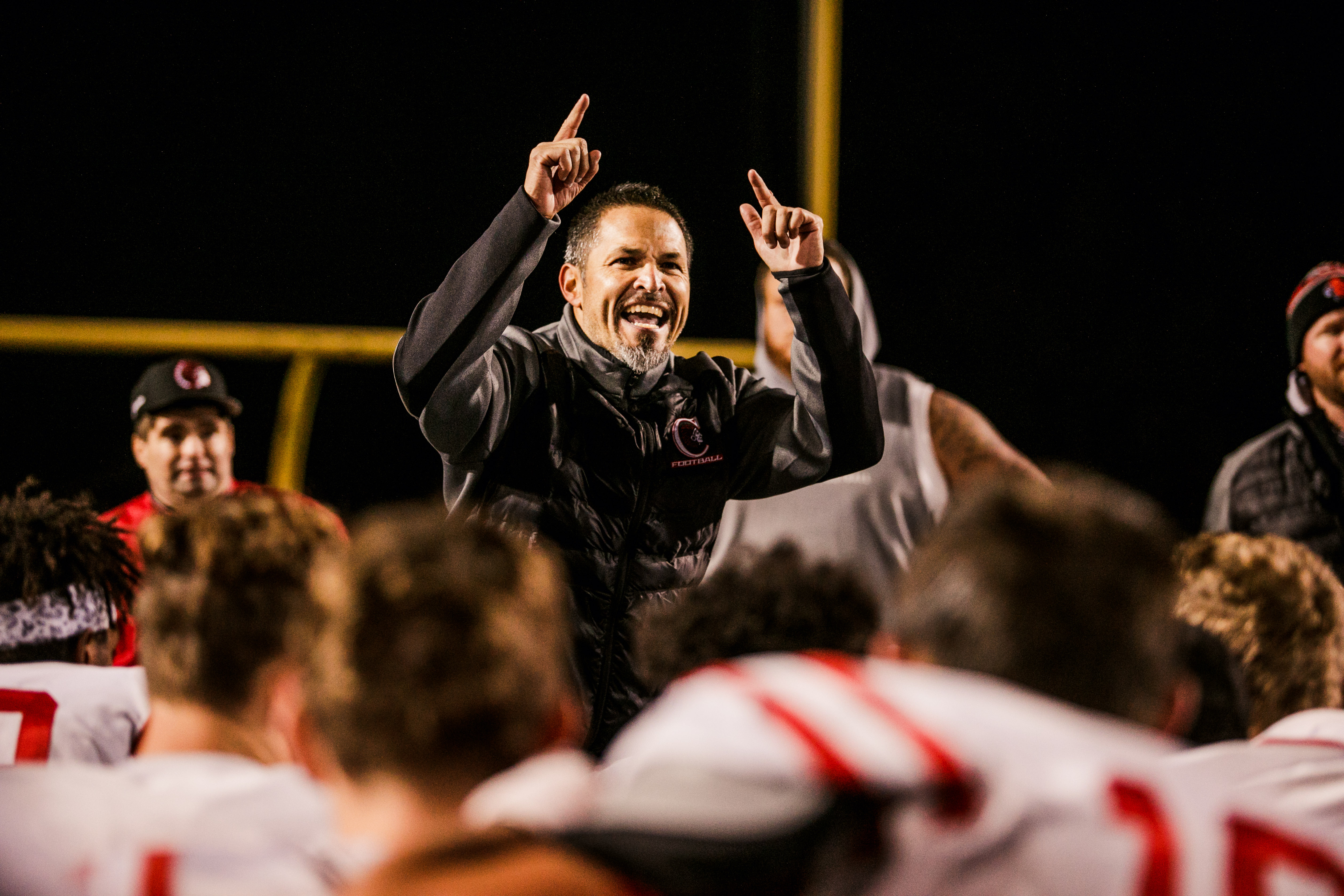 Back in 2008, Coatesville football brought in Matt Ortega to bring the Red Raiders back to prominence.

There was a press conference at the school and more than the usual media coverage. There were some feelings around the Ches-Mont League that could be summed up as, “Who was this District 3 invader that all the talk was about?”

Well, it is now 2019, and this Friday night, Ortega and his Red Raiders will be trying for their third straight District 1 Class 6A championship. There was also a District 1 title in 2012, which included an appearance in the state final, as well as a District 1 title game in 2014 against Pennsbury. And how about four straight Ches-Mont League titles?

To have this much success, you need players, and Coatesville has had its share of great athletes. But that great Coatesville talent has not always resulted in this kind of unparalleled excellence.

So, one must look at the man in charge of the Red Raiders.

Yes, Ortega must get the recognition for bringing Coatesville to the top of heap, not only in District 1, but in all of Pennsylvania.

He has done it with a youthful exuberance that permeates the entire program. His kids know he cares about them and they have rallied around the head coach to become an elite group.

Ortega has also done a great job of getting his kids in college after their high school football days are long gone. And, not only the Division I kids, but the kids who line PSAC rosters and Division III programs.

Coatesville was crying out for a head coach to bring symmetry between the high school program and the Coatesville youth programs, and Ortega has checked all those boxes.

Coatesville has a stern task this Friday against a very talented Downingtown West squad. The outcome will be determined on the field and the 2019 District 1 Class 6A champions will be crowned.

No matter the winner of this contest, the Coatesville kids are better off than they would be if Matt Ortega was not their head coach. Their lives have been made better because of the talented boss.

He has given them hope, pride and a commitment to each other and their community. With that, they will always be winners.

Peter DiGiovanni covers high school football for the Daily Local News and Pa. Prep Live. You can follow him on Twitter @PeteDLN.