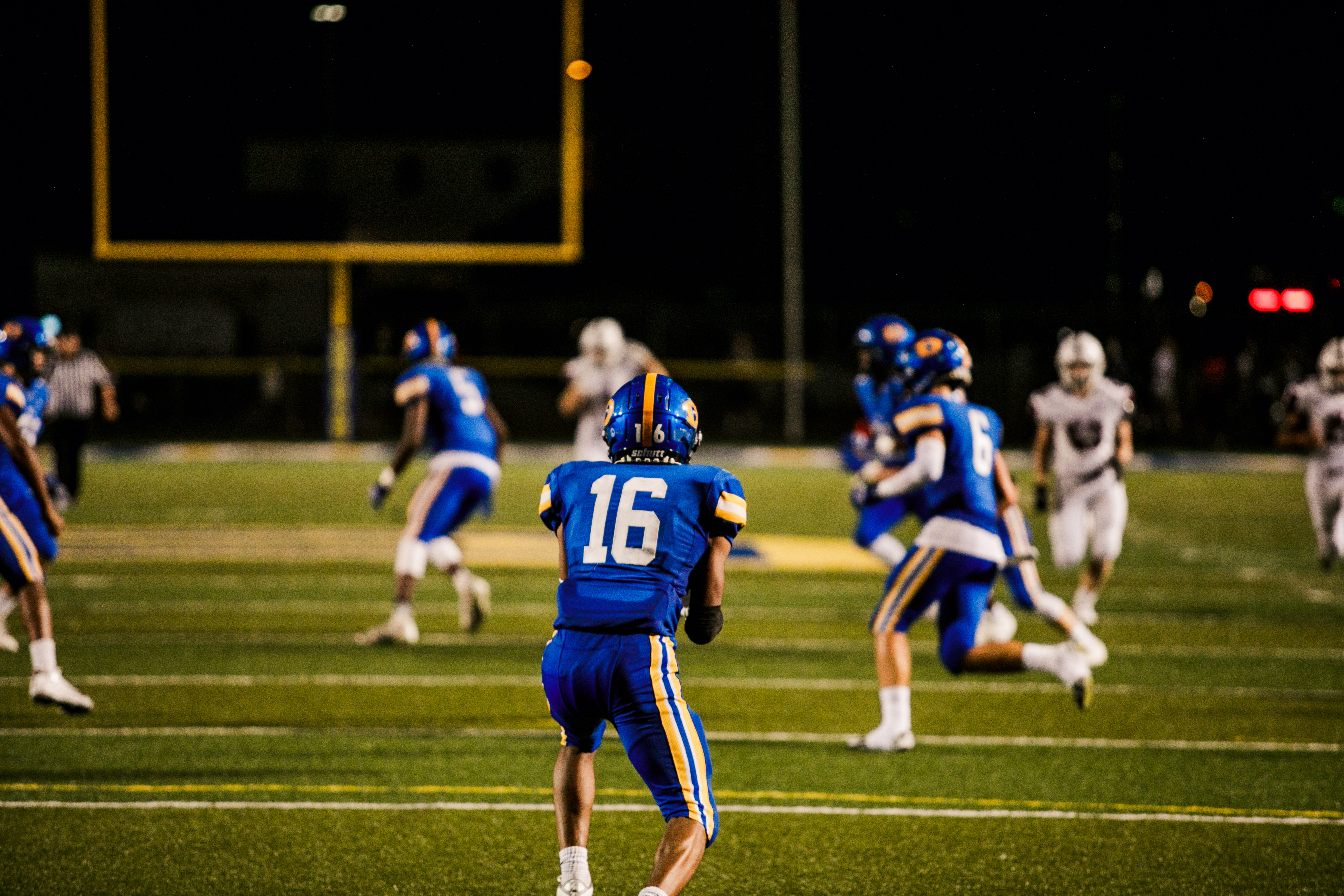 DOWNINGTOWN — In some of the biggest moments this fall, when nerves and anxiety swirl around him, Julian Williams’ mind is clear.

“It’s weird, whenever I score a kick return, right before, it pops in my mind that maybe I can take this back,” Williams said. “Whenever that happens, I just take it back.”

Williams has had a flair for the dramatic, returning kicks when Downingtown West absolutely needed it.

Two weeks ago, when North Penn cut the lead to two with 11 minutes, 42 seconds to go, Williams took the ensuing kickoff 83 yards to the house to help West finally clear the North Penn postseason hurdle.

The month prior, Downingtown East pulled within seven in the third quarter. Williams provided the wet blanket, racing 93 yards for the score. He added a 56-yard punt return later in the quarter for good measure.

For a junior who didn’t play football a year ago, his return to the football field has led to some thrilling returns on it.

“He’s a firecracker,” West linebacker Brad Peszek said. “He gets us all pumped up. It’s huge when you can get points on special teams and he’s been a huge part of that. He’s a big difference-maker for us.”

Williams was the star of the show on West’s freshman team two years ago, but concerns over the dangers of the sport led to a family decision to hang up the pads. Williams ran track and excelled as a sprinter, but when he got the go-ahead to come back for his junior season, Williams wasn’t the only one excited.

“I knew he was a talent in ninth grade, and we were disappointed he didn’t come out last year,” West coach Mike Milano said. “We saw right away in mini camp back in May he was an obvious talent.”

Just like on the gridiron, his return was timely. West was dealing with the loss of star receiver, Jackson Luneburg, who needed surgery late in the summer.

“When it became clear (Luneburg) was unable to come back, obviously having Julian was huge for us,” Milano said. “We would’ve loved to have them both together, but he’s done a great job for us.”

Williams’ role was smaller at the beginning of the season, but his impact was evident, immediately. His 91-yard return in the third quarter against Garnet Valley in the season-opener quashed any thought of a Jaguar comeback.

He had just one catch for one yard through the first two games, but broke out against Neshaminy with four catches — three for touchdowns — for 101 yards.

Since, he has become one of quarterback Will Howard’s favorite targets, and has also played safety on defense.

“He’s electric,” Howard said. “Having him in all aspects of the game, he’s a phenomenal safety, he’s a phenomenal special teams player. Being able to have him as a weapon on offense is awesome. He just blows by guys. He can do a lot of different things and blocks well, too. He’s been a really good weapon for us this year.”

With senior Alex Rosano missing games at the end of the season due to injury, Williams has become the team-leader in receptions (31), receiving yards (621) and receiving TDs (six).

Add to it the four return TDs by Wlliams, a punt return by Lewis and a fumble return by Pelkisson, and the 41.3 points per game from the offense turns into 44.7 total.

“It’s a once-in-a-lifetime opportunity playing with these skill guys,” Williams said. “I think about it all the time, when they leave this year, I don’t think I’ll ever play with this skilled a team again.”

Following the theme, Coatesville returns to Kottmeyer Stadium, Friday, for the District 1-6A championship game.

When the smoke cleared last Friday and West and Coatesville were the two left standing, Williams and the Whippets got their chance for redemption.

“We were happy after the game, but our goal wasn’t just to beat (Coatesville),” Williams said. “Our goal is to win a district title. We have to focus back up and be locked in all week. This is probably the biggest game of our careers.”

Sounds like the ideal time for one of those premonitions to pop back in Williams’ head.

A closer look at Coatesville-Dtown West I, with round 2 on the horizon
Six-point tutorial: what Downingtown West needs to do to beat Coatesville