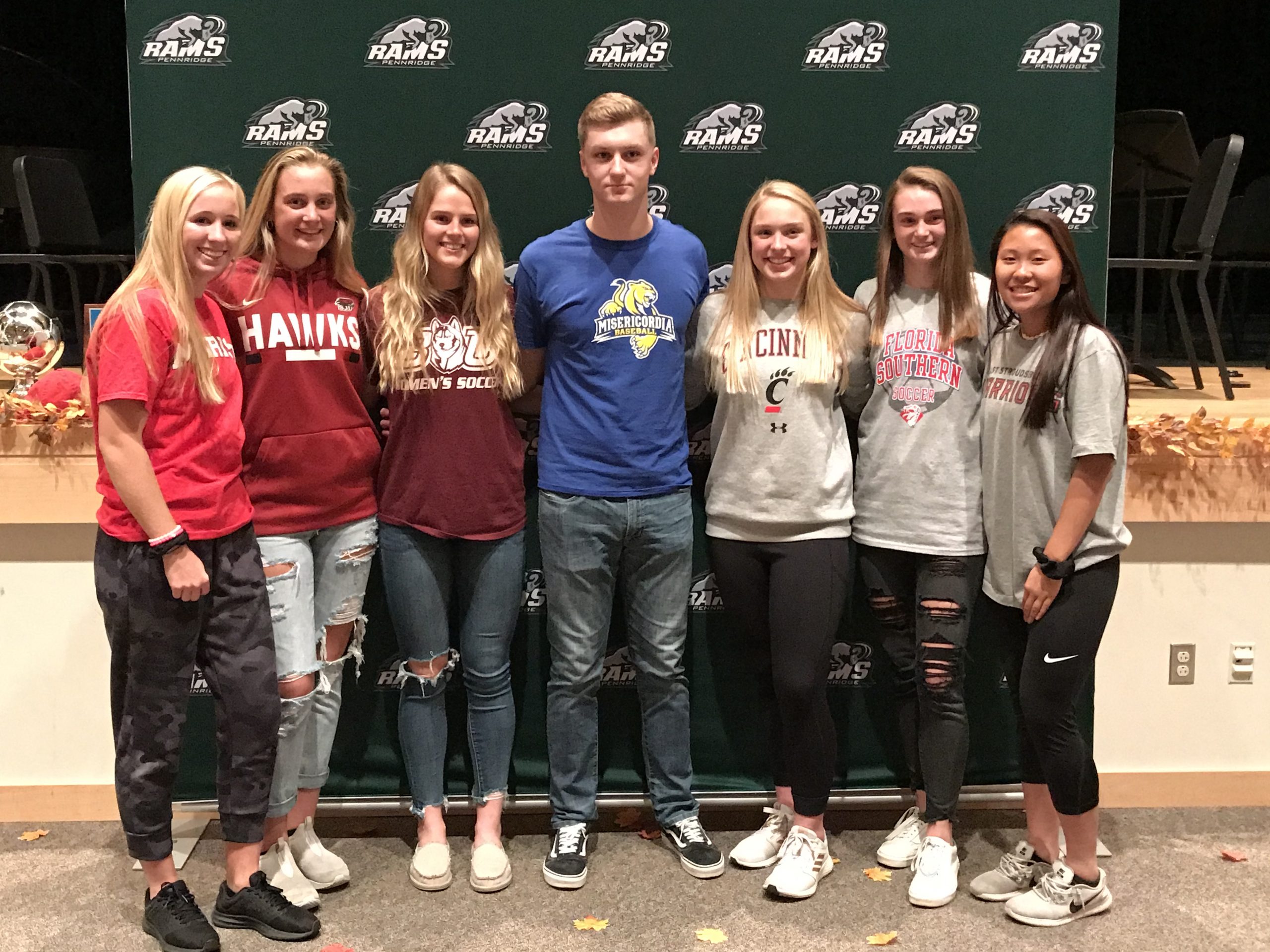 “Right when I got on campus, it just had that feeling, like this is where I have to go,” she said of her visit to St. Joe’s University. “This is my future school. I just got that feeling that I didn’t get at a lot of other campuses.”

Anderson was one of seven Pennridge student athletes to sign their college letter of intent on Tuesday.

“(Pennridge) has really helped me get to where I am,” Anderson said. “If I wasn’t a player here, I don’t think I would be this successful going on to play Division I college soccer.

“Playing with top-notch players — with them, against them — just really me be a better soccer player.”

Said Anderson of her goals for freshman year as a Hawk:  “It’s gonna be tough. It’s gonna be a big change from high school to college. But the team atmosphere that I feel there is really gonna help me move the process along. So I’m really excited to see what my freshman year brings.”

Amazingly, Anderson is one of five Pennridge girls soccer players set to play in college.

“I think this is the first time since I’ve been here that all of the seniors have been committed to go play in college,” Rams coach Audrey Anderson said. “It’s pretty impressive. Last year, we had quite a few as well so it’s kind of nice when all of your seniors are going somewhere.”

It was a special bond between the fantastic five.

“I’ve known them for a long time, and it was great to see their perseverance and resilience growing up, and knowing them and seeing how far they’ve come,” Anderson said. “It’ll be fun to keep an eye on them the next couple years.

“It’s never easy playing (at Pennridge). They played up through the feeder program and went on to play at high-level club teams. So I definitely think they’re prepared and they’ve got some work ahead of them being freshmen going in and hopefully being in a starting role. But I think what their foundation has taught them is to work for what they want.”

Knight, with his variety of skills, is headed to Misericordia, which is coming off a stellar season that included a trip to the NCAA Division III Super Regional.

Shema, a standout for the Suburban Seahawks club team out of Newtown Square, is onto Cincinnati.

“I’m excited to compete at the college atmosphere for NCAA’s,” she said. “I wanna make NCAA’s for one, but that’s my goal for my four years – by 2024.

“I’m excited to compete in the American Athletic and excited for Champs.”