McCaffery: For Gallagher and Haverford, a season’s worth of lasting memories 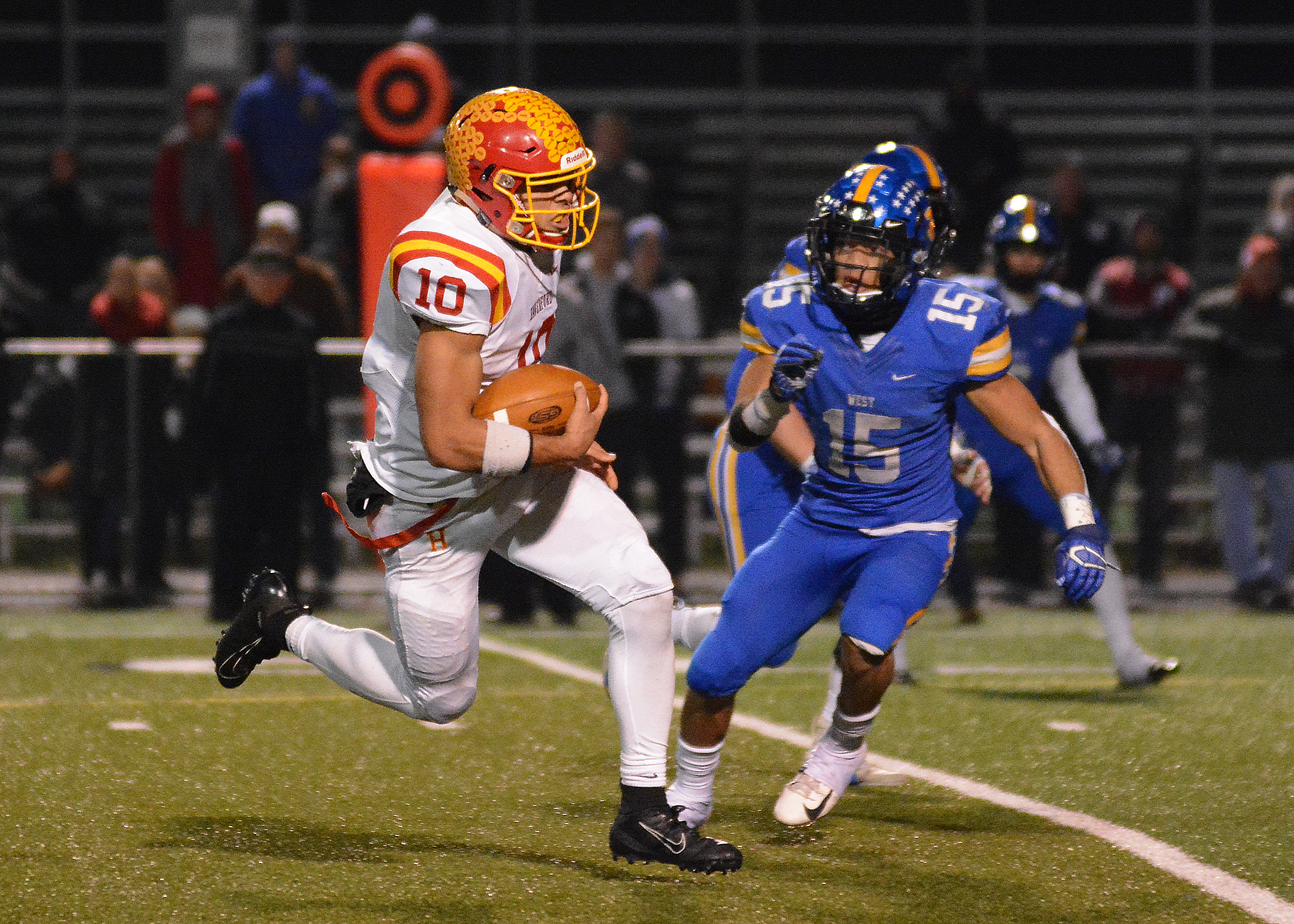 DOWNINGTOWN — As Joe Gallagher peeked into the stands Friday night at Kottmeyer Stadium, he would find them all there, right with him, all these decades later. If there was to be greatness, and it turns out there would be, they would enjoy it together.

Gallagher coaches Haverford High, which fell, 49-42, to Downingtown West in the District 1Class 5A semifinal. But it would not be before a determined fourth-quarter comeback, two postseason victories and after a lifetime around Delaware County football.

The season is not done, not with a Thanksgiving game to play, and an emotional one. But the playoff run was over. Just the same, Gallagher had already saved a spot for his Fords on his personal list of football memories.

He smiled as he said it, knowing that he played on the legendary 1972 St. James team, the Philadelphia city champion. He remembered, too, a remarkable Thanksgiving victory over Upper Darby in 2015, one he called the greatest game he’d ever seen. And, yes, he did once play for Tennessee against Bear Bryant and Alabama on national TV.

The Fords do. And they will. And some day, those Haverford players who rallied from a 42-14 deficit to draw within a touchdown in the fourth quarter against the top-seeded team in the district’s largest class will bond the way Gallagher still does with his high school teammates. Gary Barnes was one. He was there Friday. So were Bill Eichinger and Mike Grugan. That’s what happens when excellence happens. It lasts.

It will last that way, too, for Downingtown West. That’s because no great heavyweight battle is waged by just one competitor. And while the final spread was just a touchdown, the Whippets showed as much courage as the Fords late in the game, responding to the fourth-quarter jolt with a classic drive that jabbed to the Haverford 1.

There, vaunted West quarterback Will Howard was able to drop twice to his knee, run out the clock, and leave two teams proud of their willingness to stare each other down.

“We stepped up and made plays. The guys were awesome. And it was a great win.”

For Downingtown West, it was a great win, given everything. And if Haverford was going to have its playoff run stopped, it would have wanted it to happen no other way, against no less a willing opponent, in no different a situation.

In his last game, a victory over Downingtown East, Blair had suffered a hip injury, and a painful one. In another situation, he may have had to take the night off. Instead, he would run for 212 yards, including bolts of 74 and 45 yards, along with a 20-yard touchdown.

“He was hurt,” Gallagher said. “You would never know it.”

Blair would not have allowed that, not with those teammates, not so deep into a special season.

“I have too much respect for my team,” the quarterback said, “to do that to it.”

That was the secret to it all, just as it was for Gallagher and his teammates so many years ago: A respect for one another, and a belief that they would carry that respect for the rest of their lives. That’s how the Fords were able to draw within 49-35 on Blair’s one-yard TD run with 5:13 left, recover an on-side kick, add to the stadium chill, and make it a one-possession game on a nine-yard scoring pass from Blair to Will Higson with 2:59 showing.

“I am so proud of them,” Gallagher said. “That was just a gutty, gutty effort against a really good football team. We could have quit or collapsed at any moment. But we didn’t. It’s their care for one another. They respect one another. And they play for each other. And that’s really where it comes from. They look their teammates in the eye and have a feeling that, ‘I will not let you down.’ And they really, honestly feel that way. They don’t want to let each other down.”

For that, the Fords were able to walk off the artificial surface with pride, then turn toward their fans to share a thank-you salute.

There will be another game, and for Gallagher, it will be moving for two reasons. For one, it will be the last time he will coach against his good friend, Upper Darby’s Rich Gentile.

Gentile will step aside as the Royals’ coach after that game. But breaking apart, too, will be the most special team Joe Gallagher has ever been around.

And those faces in the stands, all those achievements later, said there have been plenty.