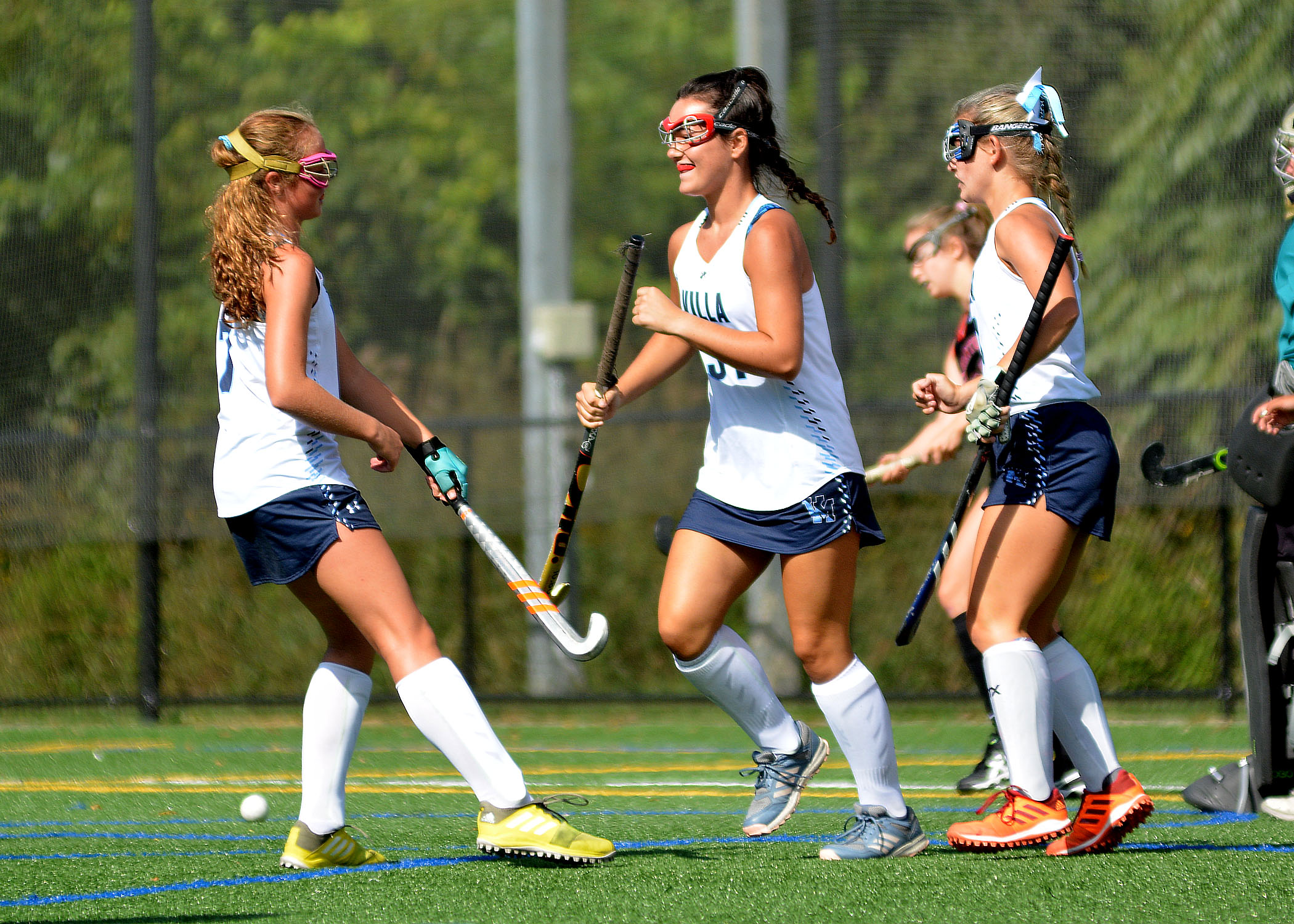 FAIRVIEW VILLAGE >> Any matchup this late in the state playoffs is going to be intense.
But when a pair of familiar league rivals duke it out with a berth in the state semifinals on the line, there’s some extra tension in the air.
The result was in doubt until the very last second, but when Merion Mercy’s last-ditch shot didn’t find the cage, it was Villa Maria that locked up a 2-1 win in the PIAA Class 2A quarterfinal showdown Saturday at Methacton.
The Hurricanes (15-9) will battle District 2 champion Wyoming Valley West in Tuesday’s state semifinal, set for 5 p.m. at Emmaus.
“I am just so proud of the girls,” said Villa Maria head coach Katie Evans. “I know I should be all excited and amazed at everything, but to be honest with you this team has grown so much during the season that these performances and outcomes are coming naturally.
“We had a really tough season and a really tough schedule,” Evans continued. “Our record doesn’t reflect the strength of our team, but I’m really pleased with this outcome. Credit to Merion, they are a tough team that never stopped fighting and they really made us work really hard for this.”
Merion started the game off with an aggressive and intense edge to its game. Several players were able to get shots off, but it was Villa Maria’s Maura O’Hare who would score the first goal of the game. Assisted by teammate Lindsey Roberts, O’Hare was able to get her team settled in and keep their confidence high.
Shortly after, the Hurricanes’ Annie Shaw would give Villa Maria a 2-0 lead heading into the half. Despite the two-goal deficit, Merion wouldn’t quit, getting on the board shortly after the second half began.
“This has been a tremendous season,” said Merion Mercy head coach Gretta Ehret. “The girls did a lot that the school hasn’t done in its history. We won the league [Athletic Association of Catholic Academies] and the district. We have a lot to be proud of.
“Villa played great today,” Ehret continued. “They were aggressive and fast. I congratulate them on their victory, but it doesn’t take away how proud I am of our girls.”
Villa Maria 2, Merion Mercy 1
Villa Maria 2 0 – 2
Merion Mercy 0 1 – 1
Villa Maria goals: Maura O’Hare, Annie Shaw
Merion Mercy goal: Kelly O’Conner