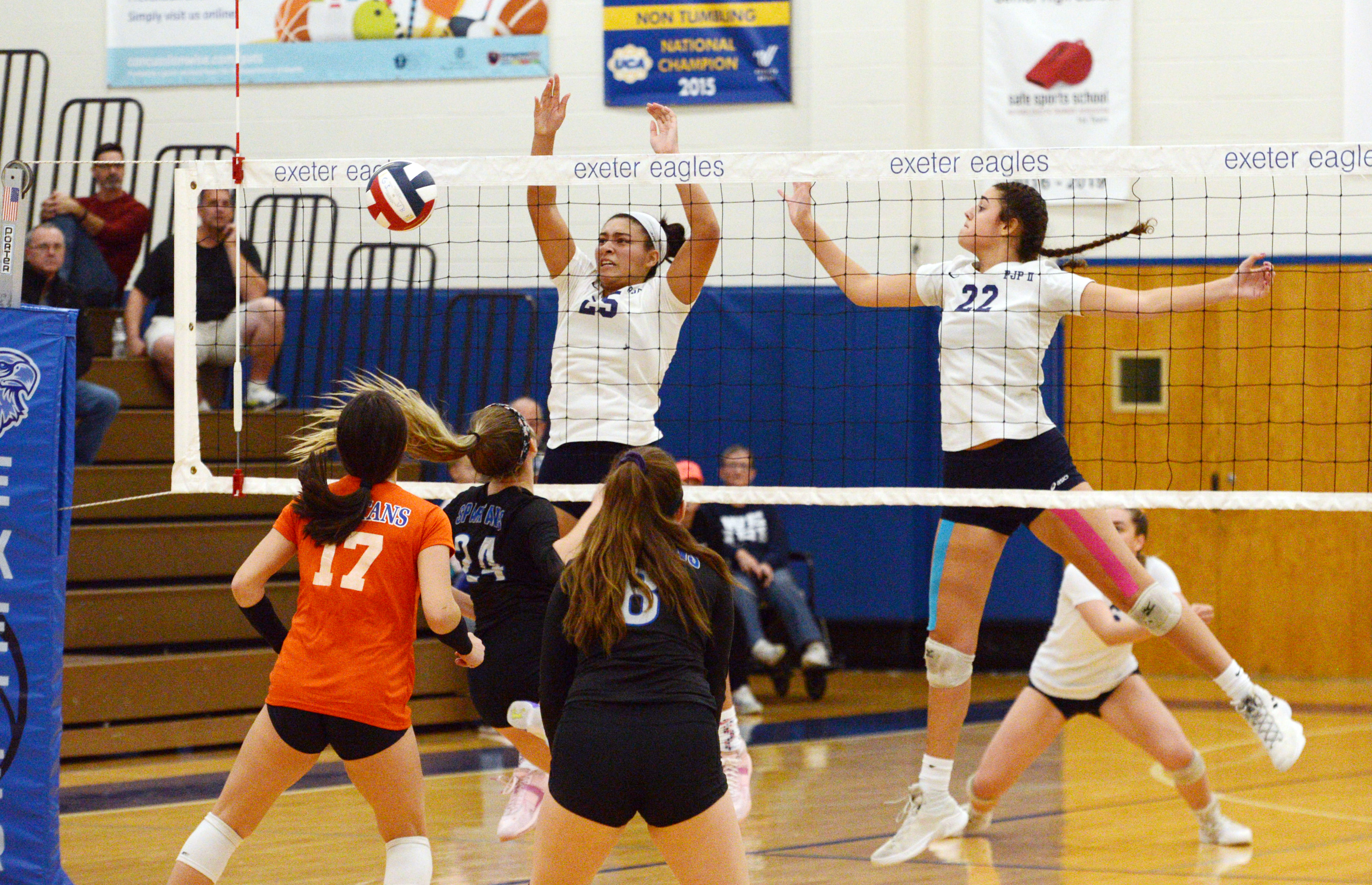 Pope John Paul II extended this match in the PIAA Class AAA playoffs’ quarterfinal round to a fifth set, matching the Spartans’ odd-set victories with its own in the even sets. But in the deciding fifth, the District 3 runner-up dominated for a 15-8 verdict and 3-2 match win.

“We’ve played too many five-set matches,” GS first-year head coach Lauren DiPiano said. “After the fourth set, I told them to have a short memory.”

Garden Spot scored the first three points of the fifth, and the Golden Panthers’ reduction of the early deficit to 5-3 was as close as they got. The Spartans won the next three points before getting the last five after a third timeout, a run good enough to get them in the state semis for the first time since 2008.

For PJP (22-2), it was the second straight year the postseason ended in the state quarters. The Panthers pushed the first set to a 27-25 score for Garden Spot, responding in the second with a 25-18 victory. The Spartans then got a leg up in a 25-20 third set, but the locals answered with a 25-15 triumph in the fourth.

“In the sets each team won, they served well,” Pope head coach Ryan Sell noted. “They put pressure on us in the fifth set, we got down a couple points and they scored 3-4 points in a row.”

Looking back on the season, Sell saw his girls playing particularly inspired during the postseason.

“In the Pioneer Athletic Conference playoffs, we played Boyertown,” he recalled. “They showed a lot of heart in that game, and again in the district final.”

The Panthers will graduate four seniors, all of whom were starters this fall. Along with Ward, Durand and Pasquale, Haley Spotts is in the Class of 2020.

“I’m super proud of our seniors. They’re great kids,” Sell said. “We were hoping to play a couple more weeks, but Garden Spot is a good team.”

The Spartans’ statistical leaders were Logan Martin with 19 kills, Kelly Martin with 17 digs and two aces, Olivia Usner with another two aces, Hallie Butler with two blocks and Abby O’Neill. They will now face District 11 champ Southern Lehigh, a 3-0 winner over District 1 second seed Villa Maria, in Tuesday’s semifinal round.

“We really got the crowd involved,” DiPiano said.