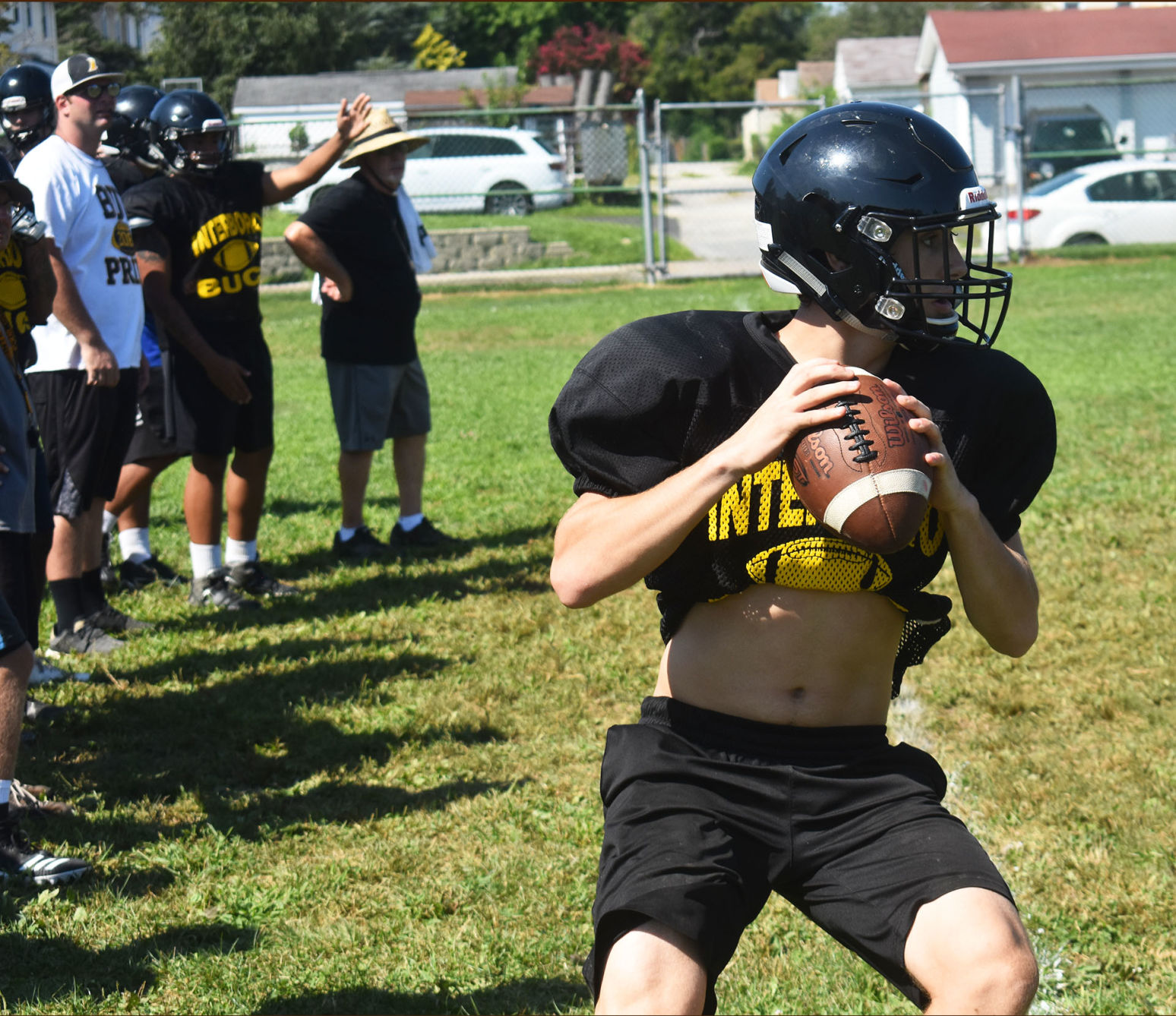 GLENOLDEN — Through each of the losses in a most challenging season, Steve Lennox maintained one fountain of faith about his Interboro High football players.

“They remind me of me,” he said Saturday, “when I was growing up in Collingdale.”

To the 26th-year Bucs coach, it was a compliment of high distinction, one that would smother the shorter-term reality of an 0-9 start to the season. It meant he believed the Bucs would keep striving. It meant that, in some way or another, they would not go winless.

That way turned out to be the Lennox way, a punishing run game supplemented by rugged defense. And when it all meshed Saturday morning on South Avenue, the Bucs had a 28-6 victory over Chichester, a load lifted from their minds and some measure of momentum heading into a Thanksgiving game at Ridley.

“It was just week after week,” quarterback Michael Zane said. “We just knew it was coming at one point.”

That it came so late, both in the schedule and on the calendar, was in part because it had been postponed from Oct. 18 after school district officials were made aware of a threat of a gun being brought to the game.

But three weeks later, Interboro seemed freshened and ready for a strong finish to the season. Chichester countered with an effective passing game behind quarterback Nate Decenzi, yet would close its Del Val season at 1-3 and take a 3-8 record into a Thanksgiving game at Sun Valley.

“It was the same distraction for them,” said Chi coach Bob Brice, refusing to blame the outcome on the postponement. “It was just who wanted to come out and actually play the game. They played harder. They wanted to win more. And they pretty much kicked our butt up and down that field.”

The Bucs gained 251 yards on the ground, with Paul Finley rushing 13 times for 99 yards. Sean Meyers added 48 yards and two touchdowns. Bubba Phillips furnished 38 yards, plenty while dragging up to five Chi tacklers on his back.

“We were trying to set up different plays,” said Finley, who added 47 receiving yards. “So we were doing ‘belly’ and running ‘option’ off of that. And we were just feeling it today. We thought we’d have great success against Chi just running it straight at them. It really showed today. Our blocks were there. Our offensive line was doing real good. I got to the outside and felt I was running pretty good. Overall, I thought it was a pretty good game.”

A 19-yard, second-quarter churn from Phillips set the Bucs up at the 2, with Robert Forbes plowing into the end zone on the ensuing play. The Eagles were flagged for encroachment before what would have been a placement kick, so Lennox opted to allow Forbes to add the two-point conversion.

After taking over at its 49 after a squibbed kickoff, Chichester used just three plays and 54 seconds to reply, Decenzi hitting Manny Rivera with a 51-yard touchdown pass. That rapid give-and-take continued, Interboro answering on its next possession. A personal foul on Chi having plopped the Bucs at the 3-yard line, Meyers’ short run and the first of two Jordan Howe point-after kicks inflated the lead to 15-6 just before halftime.

Finley put the Bucs in business late in the third, scooting 18 yards to the 6. After one of the combined 17 penalties in the closely officiated game pushed the Bucs back, Meyers would roll in from the 11. When Zane scored on a two-yard keeper five plays into the fourth quarter, the Bucs would be able to keep the clock spinning with their relentless ground attack.

“This was the game we were all looking for,” Zane said. “Everybody was just waiting for the game. Now, one more to go.”

The ever-anticipated conflict with Ridley presenting its own dynamic, the Bucs oddly may have gained a small benefit by having the Chi make-up game squeezed into what otherwise would be playoff season.

“It helps us, because it would have been five weeks between games,” Lennox said. “Five weeks is a long time to hold kids without doing anything. Now, it’s two-and-a-half weeks. And it’s good for Chi, too, because they also have a Thanksgiving game.”

Whatever happens that day, it will represent the end of a rare Interboro losing season.

“We’ll see,” Lennox said, laughing. “I’ll wake up tomorrow and see how I get out of bed. But you know what? It’s fun working with these kids. They came to play football. I can’t express that enough.”