Spring-Ford comes back to beat Owen J. Roberts, set stage for next week 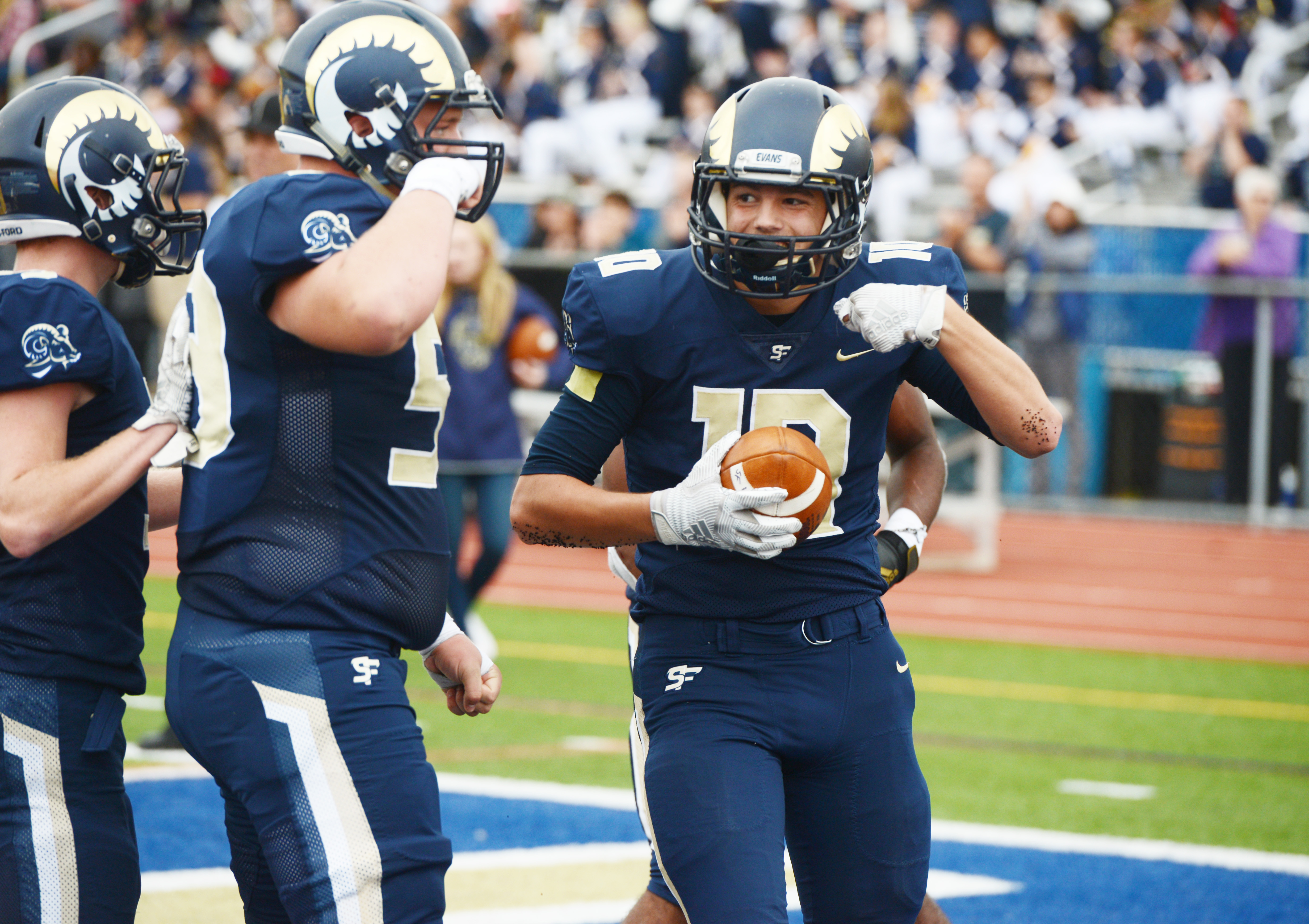 ROYERSFORD >> Strong finishes are the goal of any sports team … particularly those that lead to wins.

Spring-Ford has been no exception to this precept in another solid run through the Pioneer Athletic Conference’s Liberty Division. All the same, Chad Brubaker would like to see his team set a game’s tone by putting together strong starts.

For at least the second week in a row, the Rams spotted an opponent an early lead Saturday. And once again, they were able to overcome the early deficit to handle Owen J. Roberts, 35-21, for a happy conclusion to the school’s Homecoming festivities.

Down by 13 points in the first minute of the second quarter, Spring-Ford (4-0 PAC, 6-2 overall) erased the deficit and emerged victorious. Scoring on three successive fourth-quarter possessions, the Rams offset a final Owen J. touchdown to stay even with Perkiomen Valley in the Liberty standings. Spring-Ford plays at PV in a winner-take-all game next week for the division.

“We have to start better,” Brubaker said. “You can’t start out that way against some teams. I don’t know what the missing formula is, but we’re going to keep working to find it.”

Owen J’s early surge was engineered by quarterback Cooper Chamberlain, who was in on all the visitors’ scoring. Chamberlain opened the game by hooking up with Dante Denardo on an electrifying 73-yard toss four plays into the game, then ran five yards through left tackle — that after making a seven-yard blast through the same hole one play earlier — to put Roberts up by 13.

After the Rams rallied for a 21-14 lead in the first minute of the fourth, the ‘Cats pulled even when Chamberlain (17-for-26, 250 yards) and Aston Shrum (two catches, 34 yards) collaborated on a 24-yard scoring play at the 8:41 mark in the third. The 21-all tie was broken up less than two minutes later, SF signal-caller Ryan Engro (14-for-20, 105 yards) making TD tosses to Dante Bonanni and Josh Hellauer.

“They (SF) made a nice adjustment on defense, with their cover-2 today,” OJR head coach Rich Kolka noted. “I thought we’d be able to run better … I knew we could throw against them.”

“We’ve had chances to win big games in the fourth quarter.”

Owen J. saw one of those chances shape up in the final minutes, getting the ball back after Spring-Ford’s final TD. Throwing from his 28, Chamberlain targeted Denardo with a pass; the ball was instead intercepted by Nate Capers in the wake of a collision that sent Denardo to the sideline for medical treatment.

The Rams were subsequently flagged for 25 yards on a pair of penalties, but they retained possession at their 38 — a point Kolka debated with the officials without success. From there, a Harry Adieyefeh run and two “kneels” by Engro ran out the clock.

“With a short field and a quick score, we could have gotten momentum,” Kolka said, contending the penalties should have negated the interception and change of possession.

In-between its final two scores, the Spring-Ford defense held Owen J. to a three-and-out on the way to getting the ball back at its 47. Joshua Jackson was dropped for losses by Blake Terrizzi and Ryan Kolander before a Chamberlain pass fell incomplete.

“We’ve been working to come out fast, to get off to a fast start,” Terrizzi said. “The team’s stayed focus. We just try to stay calm.”

Armante Haynes, who racked up 164 yards on 26 carries to key the Rams’ ground game, also offered a defensive spark. His interception of a Chamberlain pass to start the fourth quarter set the stage for Engro’s scoring pass to Bonanni.

“The kids don’t give up,” Brubaker said. “We’re young and missing a lot of guys. But it’s a credit they keep playing.”

The victory sets Spring-Ford up for a winner-take-all game with Perkiomen Valley (4-0) next weekend. The winning team will then play for the PAC’s overall championship in the following week’s divisional-crossover schedule.

“It’s a big one next week,” Brubaker said.

“We’re very excited about it,” Terrizzi added. “With guys out, we still have mental toughness. It’s been a ‘next man up’ mindset, and it’s worked effectively.”