Phoenixville stays unbeaten in PAC with win over Perkiomen Valley 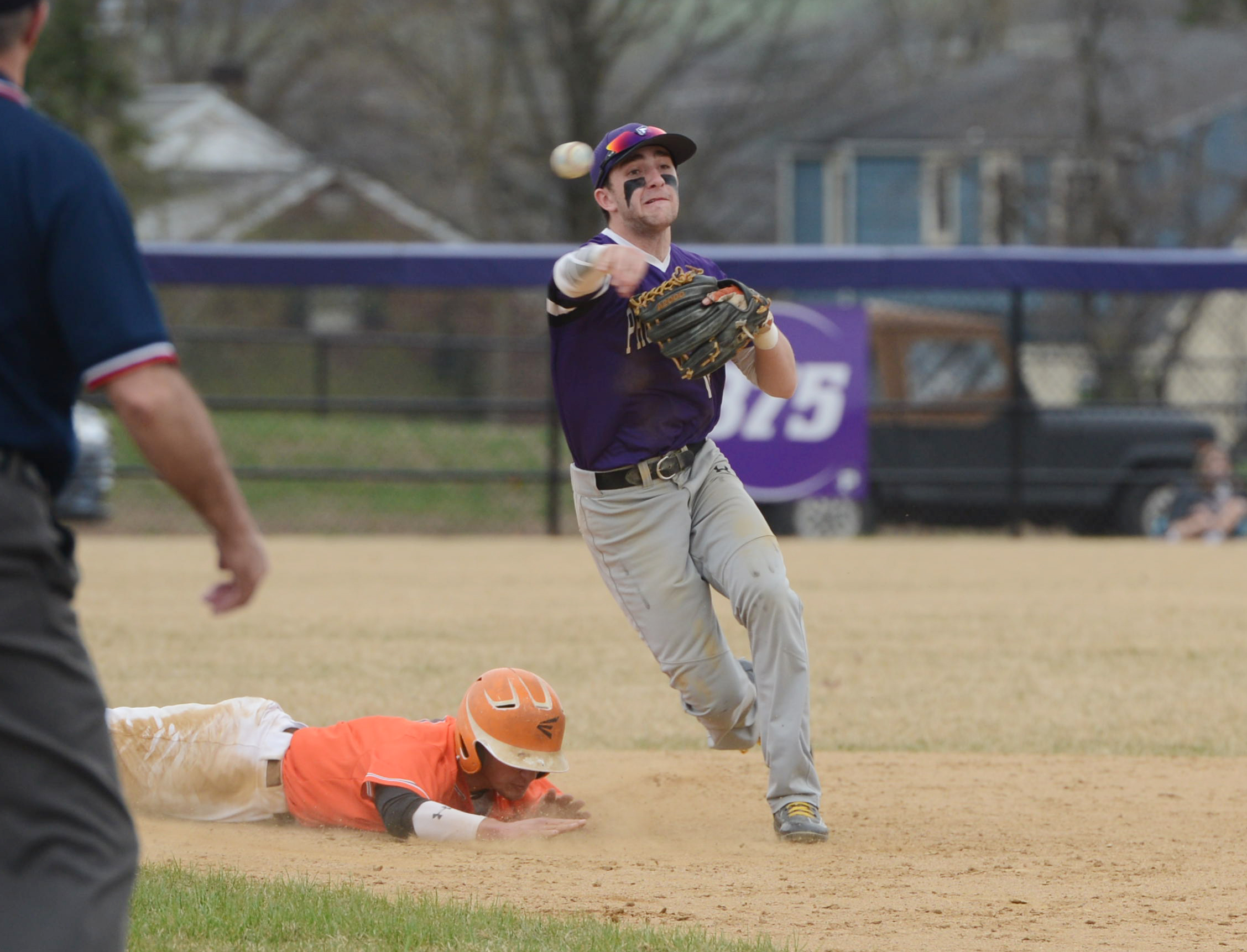 PHOENIXVILLE >> The crossover games in the Pioneer Athletic Conference have a somewhat lessened value than the 10 division games the teams play.

For Phoenixville though, there is a heightened sense of importance in their limited opportunities to square off against the league’s larger schools. The contests are a chance to prove themselves against some of the conference’s perennial powers before the postseason begins.

Monday’s 7-4 win over Perkiomen Valley kept the Phantoms undefeated in the PAC – the only team left without a league loss – and showed Phoenixville can still hang with those at the top of the Liberty Division a year after making it to the conference championship game.

“We have a chip on our shoulder every year,” senior pitcher Luke Bagley said. “We’re a smaller school … We don’t necessarily have the talent they do, but we play baseball the way that it’s meant to be played. I wouldn’t say small ball, but we play baseball, and we get the job done. We do what we have to do.”

Last year’s Phoenixville squad rode the arms of Kevin Cushing, Quinn Danna and Colin Bowdish to a 14-2 PAC record, including an undefeated Frontier Division record, and a spot in the league title game. With Bagley the only returning pitcher with varsity experience, Phoenixville (5-0 PAC) knew it might have to win games a little differently than last season.

Brown’s two-out double against Perkiomen Valley (4-1 PAC) drove in the first two runs of a six-run bottom of the fifth that put Phoenixville ahead, 7-2. Shoemaker (2-for-3, double) and Goryl (1-for-3, double) both drove in two runs Monday.

“Besides (LeBeau and Opalkowski), we’ve got our five best hitters back,” Brown said. “We all knew that our offense was going to light it up this year, and we were hoping that our pitching could keep it low enough.”

Bagley, Monday’s starter, is the only returning arm for the Phantoms. After holding the Vikings scoreless through three innings, he gave up two runs in the fourth and two more in the sixth before giving way to lefty Will Trianosky, who walked in a run with the bases loaded before getting out of the inning. Bagley finished with four earned runs on seven hits in 5.2 innings. After Trianosky got out of the sixth inning, junior Ethan O’Donnell, who has become the team’s closer, finished things off.

Bagley, O’Donnell, Trianosky and sophomore Jason Bilotti are three of the arms the Phantoms have relied on to replace Cushing, Danna and Bowdish. Monday’s game was just the second time in six games this season the team has allowed more than three runs.

“I feel like I have more experience than most others, but we can go three, four, five deep,” Bagley said. “We have confidence in those pitchers.”

The Vikings returned four-year varsity player Tyler Strechay to the mound this season, but lacked experienced arms in their rotation otherwise. Tommy Moore, who tossed five shutout innings against Norristown on March 29, and Brian Willey, who tossed five shutout innings against Pottsgrove last week, have been the Vikings two other starters thus far in league play. Moore pitched sparingly at the varsity level last year, while Willey was on the junior varsity squad.

Moore started Monday’s contest and was sharp through most of it. He nearly got through five innings with just one run allowed, but gave up two walks with two outs in the fifth inning. Perkiomen Valley head coach Ryan Hinkle tried to get Moore through the inning, but doubles by Brown and Shoemaker knocked Moore out of the game and reliever Zach Hollenbach couldn’t stop the damage.

“Tommy was laboring a bit toward the end there,” Hinkle said. “I think his pitch count was like 81, 82 before he left. I was trying to get him through that inning. Credit to them for knocking him out of the game there, and once we brought Zach in, they just hit the ball.”

“We have a depth of arms, which is really a blessing for us to have,” he added. “We’re just trying to find the pieces in the proper spots that will make us be successful moving forward.”

The Perkiomen Valley offense had been potent as of late, coming into Monday’s contest averaging more than 10 runs in the Vikings’ previous four games. After putting two runs on the board in the top of the sixth inning, a double play in the top of the seventh inning silenced PV’s comeback attempt. Kyle Bohannon (2-for-3) and Brendan Shayer (2-for-4) led the Vikings at the plate.

Despite Monday’s loss, PV is still in good shape seven games into its season with PAC Liberty wins over Owen J. Roberts, Norristown and Methacton already under its belt.

“I think we’re doing what we should,” Hinkle said. “We’ve been stressing to the boys all year the pitching and defensive side of our games is what will really help us moving forward. We’ve been trying to stress that we always need those one or two big innings to put up a crooked number. Today the crooked number went against us. Phoenixville kind of did what we’ve been preaching offensively all year long.”

Phoenixville third baseman Dylan Crammer throws across the diamond for an out against Perkiomen Valley on Monday. (Owen McCue – MediaNews Group)

Phoenixville head coach Neil Herman stepped away from the program March 28 on a personal leave of absence. Assistant Dave Cimina took over and has the Phantoms out to an undefeated start. Brown said the team hasn’t skipped a beat as the players continue to have fun out on the field..

The Phantoms have been solid on the mound outside of an 18-17 win over Pope John Paul II, in which they almost gave away an 18-4 lead. With a lineup that is clicking, Phoenixville is confident it has what it takes to get back to another PAC title game.

“Going into this year, we all knew are struggles were going to be pitching, but (Bagley) threw one hell of a game,” Brown said. “I can’t even talk about how good that was.”

“We fell short last year,” he added. “We lost in the championship, but there was no doubt that everyone knows that we’re getting back there this year. I just couldn’t be more excited. We’ve gotta find the arms to get there, but I think we’ll do it.”