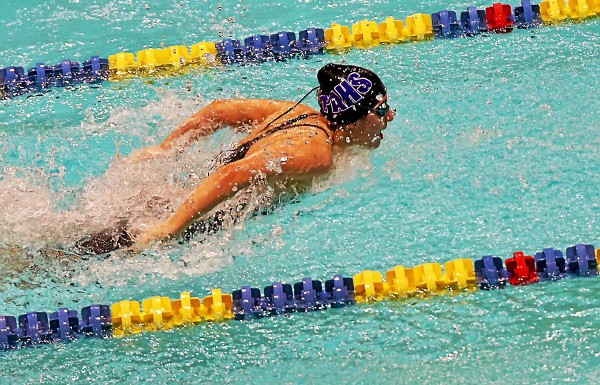 Outlook: After opening up with a loss against two-time PAC champ Owen J. Roberts, the Bears rattled off eight straight wins in PAC meets during the season. The Bears return six swimmers who hit the water at the District 1-3A Championships last season including the McKee sisters, who are both coming off strong campaigns. Boyertown will need to replace graduated Teresa Draves, who was part of the 200 free and 400 free relays, but appear to have plenty waiting in the ranks.

Outlook: The Blazers’ transition from time-only events to PIAA competition went swimmingly last winter, with Boone ending the year on a two-meet winning streak. They’ll look to build on that success this winter with the return of plenty of experienced upperclassmen. The biggest challenge to start the year will be replacing district qualifier Carlie Owens’ spots in the 200 free and medley relays.

Outlook: The Blues will have some major shoes to fill following the graduation of five seniors, most notably Maddie McKean, who medalled at Easterns and anchored the Blues’ 200 free relay last season. Donnelly and Maddie Green return as the most experienced while Booth-Genthe and DeVol should be able to impact meets on the board. “I am very excited for this season because we have a lot of solid depth,” said Agnew. “We have a total of nine divers this year as well to add to the depth. We’re hoping to place higher at Easterns at the end of the season.”

Outlook: Zang and Fleck headline a Warriors’ team that doesn’t look all that deep on the surface headed into the 2018-2019 winter season. Gone is district qualifier Anna Price, lost to graduation, though Zang and Fleck both had strong showing at districts as well last season.

Outlook: The Wildcats will undergo a major roster overhaul this winter — after graduating 11 seniors — but it shouldn’t make all too much of a difference. OJR returns seven district qualifiers, including Malmstrom, Crew and Niness, who swam the 200 medley relay at states last season. The Wildcats haven’t  lost a conference meet since the 2015 season. “As a whole, the team is overall young, but there is some up front talent and strong veteran leadership by our two seniors and captains,” said Bott. “The new athletes are transitioning to the sport at the high school level, and the team is developing a positive rapport, and we look forward to seeing this continue to develop.”

Outlook: Despite the loss of district qualifier Elizabeth Turner and Kathryn Baker to graduation, the Vikings have plenty of solid upper-classmen returning to the fold along with sophomore Emily Hinz, who qualified for districts as a freshman last season. “We have a strong returning core group of swimmers and many new additions to fill in the gaps left by our graduated seniors,” said Zackowski.

Outlook: Pappas proved to be everything as advertised her freshman season, medalling at states and eventually being named the Mercury’s All-Area Girls Swimmer of the Year. She’ll lead a loaded and versatile Phoenixville team that sent three individuals — Hayward and Ritter — along with a pair of relays to districts last winter. All that’s gone from last season is state qualifying diver Caroline Turner. “The Phantoms are returning all members of their district qualifying medley and free relays,” said Weinstein.

Outlook: The Golden Panthers swam time only events last season where several newcomers and inexperienced swimmers competed at the varsity level for the first time. Piontek and Sullivan return at the top of a PJP roster that won’t be too deep this winter. Thomas hopes experience will go a long way this winter and beyond. “Moving into the PAC this year will be a real eye opener as our team is still in its infancy,” said Thomas. “There will be a few key meets where they’re able to show their talents and really push themselves this season as I predict a lot of personal records and school records will be broken.”

Outlook: The Falcons are coming off a strong showing at the District 1-AA Championship last season. The good news is all four qualifiers from last year’s — including a pair of relay contingents — are back this winter. Keener and Christ both qualified in two individual events and will be looking to improve their times this season.

Outlook: Parker and Thomas return after both earned individual bids to swim at the District One Championships last season. The pair was also part of the Rams’ 400 free relay — along with now juniors Alysa DeFlavia and Meredith Ruckleshaus — and will look to improve their finish from last year. The biggest loss from last season’s team is district-qualifying diver Molly Martin. “The girls team continues to make good progress and is looking to be a Top 5 team in the PAC,” said Agnew.

Outlook: Garcia-Kaliner was the Vikings’ lone district qualifier last season and returns for an Upper Merion team loaded with underclassmen. UM opens with a tough conference slate, with two-time defending champ OJR and Phoenixville first up on the docket.

Outlook: This will be the largest group of swimmers Kalnoski has had during his time with the Tribe. Fresa returns after earning two medals at last season’s PIAA-AA Championship — a fifth place finish in the 100 free, sixth place in the 50 free — to lead a UP team that returns everyone from last season. Kalnoski says the team has its sights set on a 20-year-old team record in the 200 free relay. “We have a good core group of freshman girls that will add some depth to our roster,” he said. “With the added depth from the freshman girls, the largest girl’s team in 6 years, and the strength of the returning starters we look to continue to improve in both the PAC dual meets and at Districts.”