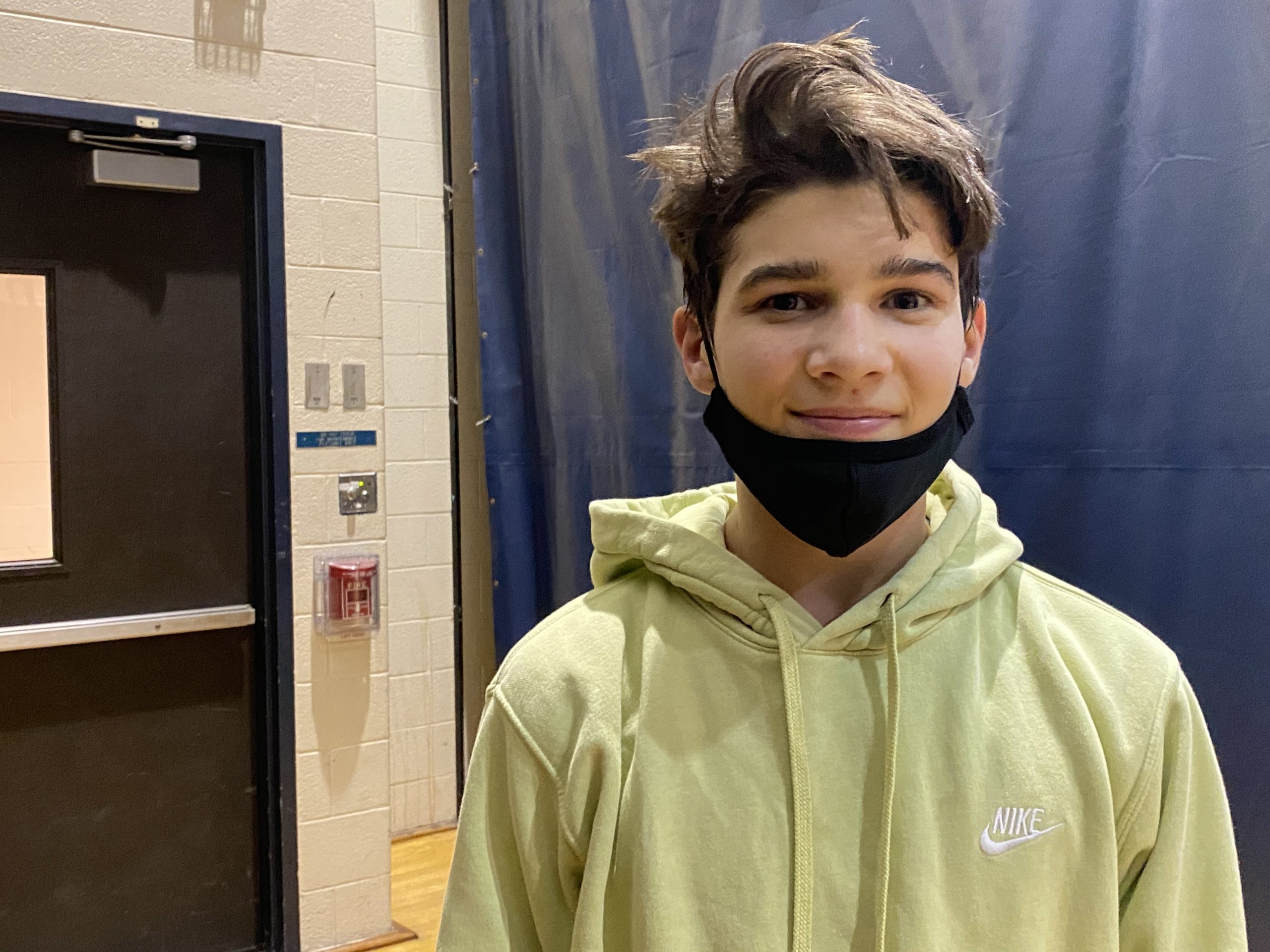 NEWTOWN >> Sam Kuhns closed the gap but the Pennridge freshman still could not get the better of Quakertown’s Mason Ziegler.

“Last time I wrestled that kid I lost 5-0,” Kuhns said. “So, just a little more improvements and I should be good.”

That 5-0 defeat came in the 113-pound final at the District 1-3A North Tournament. A week later, the two met again for gold at the South East Class 3A Regional and while Kuhns gave up just one point to the Panthers freshman it was enough for Ziegler to claim the 1-0 win at Council Rock North.

“I was shooting for first but I’ll take two,” Kuhns said. “Cause I still have a good seed for next week.”

Kuhns earned the area’s best finish at regionals – which were split between CR North (weights 106 to 138) and Council Rock South (145 to 285) – and was one of four locals to qualify for the PIAA East Super Regional.

“Not done yet,” Morrow said. “Next week, I got to take top for to make it to states. I really want to place this year. So, a lot of things to improve on this next week and this is just one step more to the goal.

The usual stop after regionals is the PIAA Championships in Hershey. But due to the COVID-19 pandemic, the South East’s top-four finishers are now heading to Quakertown Saturday for a Super Regional joined by the North East (District 2, 11 and 12) qualifiers. Top four move on the state tournament March 13.

“I feel like it should be considered a state qualifier cause last year you placed top five here you’d go to states,” Galang said. “But after I won my match, I didn’t have the same feeling cause I knew I’m just going to Quakertown next week and not Hershey which would be way better.”

Kuhns opened Saturday by pinning Boyertown’s Luke Heimbach at 3:15 in their 113 quarterfinal then in the semis bested Spring-Ford’s Dominic Ortlip – a 2020 state qualifier at 106 – by a 4-2 decision.

“Well, once I got the cradle locked and I got him moving with the back points, I knew I was going to win,” Kuhns said. “No stupid stuff.”

In the final, Ziegler’s winning point came on a second-period escape. Kuhns opted to start in neutral position but could find a way to score and came up just short of becoming Pennridge’s first regional champ since Josh Stillings won 182 in 2018.

“He’s really good on top so I tried to not get on bottom that much,” Kuhns said. “And then on our feet, I tried to snapping him down more.”

Morrow, who last season placed fifth at regionals in 138 to reach states, began Saturday with an 18-3 technical fall over West Chester East’s Andrew Luke in 4:38 but in the 145 semis lost a 3-0 decision to Sam McMonagle of West Chester Henderson.

“I think I came out a little too hesitant, I got to start doing what I do best,” Morrow said. “I got in on a shot, ending up going out of bounds, gave him a two on the out of bounds and couldn’t escape – definitely got to work on my bottom. Actually have a knee injury I’ve been working through, so got to find ways to get over that and finds way to get out.”

The NP junior, however, clinched a top-four finish by pinning Quakertown’s Patrick McCoy in 1:54 in their consolation semifinal. He then secured third with a second win over Luke, this time by a 6-2 decision.

“I feel like I wrestled a little bit more hesitant cause I already wrestled him,” Morrow said. “I tech falled him the first time, I think I minored him this time and it’s not my best performance but I got the job done.”

Galang, in his first regionals, opened 132 with a 6-0 decision over Strath Haven’s Kelton Brunner before losing in the semifinals to eventual champ Nathan Lucier of Coatesville by tech fall 15-0 at 5:12.

“I was pretty locked in cause I knew it was going to be tough beating him, he’s one of the top in the state,” Galang said. “I took what was positive from that match and then moved forward.”

In the consolation semis, Galang faced CB West’s Chris Cleland for the third time this season. After splitting their previous two, Galang won the rubber match, advanced with a pin at 4:58.

“I had like a rebar tilt and then he got out of the tilt, got rid of the crosses but I still had the bar and I just holding the bar and I got a half in,” Galang said. “To be honest, I was looking just to wait it out and then I just tried turning him and then flipped over and I pinned him.”

Facing Brunner a second time for bronze, Galang jumped out to a quick 5-0 lead, was up 8-0 after the first period and went on to claim victory with an 11-0 major decision for his 80th career win.

“I knew the five-point lead wasn’t enough cause he’s a big move guy,” Galang said. “So I wasn’t content with that.”

DiGiorgio capped his second top-five regional finish – he took fifth at 189 last year – by posting an 11-4 decision over Council Rock South’s Lucas Doyle for third in 215.

In his first match, DiGiorgio pinned Kennett’s John Pardo in 4:17 but lost to Sun Valley’s Ryan Catka in the regional semis for a second straight year, as Catka – who placed third at states in 2020 – claimed a 17-5 major decision.

DiGiorgio, however, bounced back to secure a Super Regional spot by pinning Interboro’s Shalom Thomas in the consolation semis at 2:21.

Coffin edged Boyertown’s Gavin Sheridan 3-2 in the 106 quarters before losing a 5-0 to eventual champ Cole Smith of Spring-Ford in the semis. After a 7-5 sudden victory loss to Haverford’s Cole McFarland, Coffin ended his day with a 5-0 win over CR South’s Cavan Kinne.

Castorina knocked off District 1-3A South champ Matt Romanelli of Downingtown East in the 172 quarterfinals 8-6 then in the semis lost 6-2 to Kennett’s Darrale Barrett. He went to take fifth by pinning Phoenixville’s Owen Koch in 1:54.

Miller, second in 285 at regionals last year, topped Nicholas Mahoney 4-1 in the quarters but in the semifinals lost 6-1 to Julien Laventure of Upper Darby – Laventure, who went on to earn gold, breaking a 1-1 tie in third period’s final seconds.