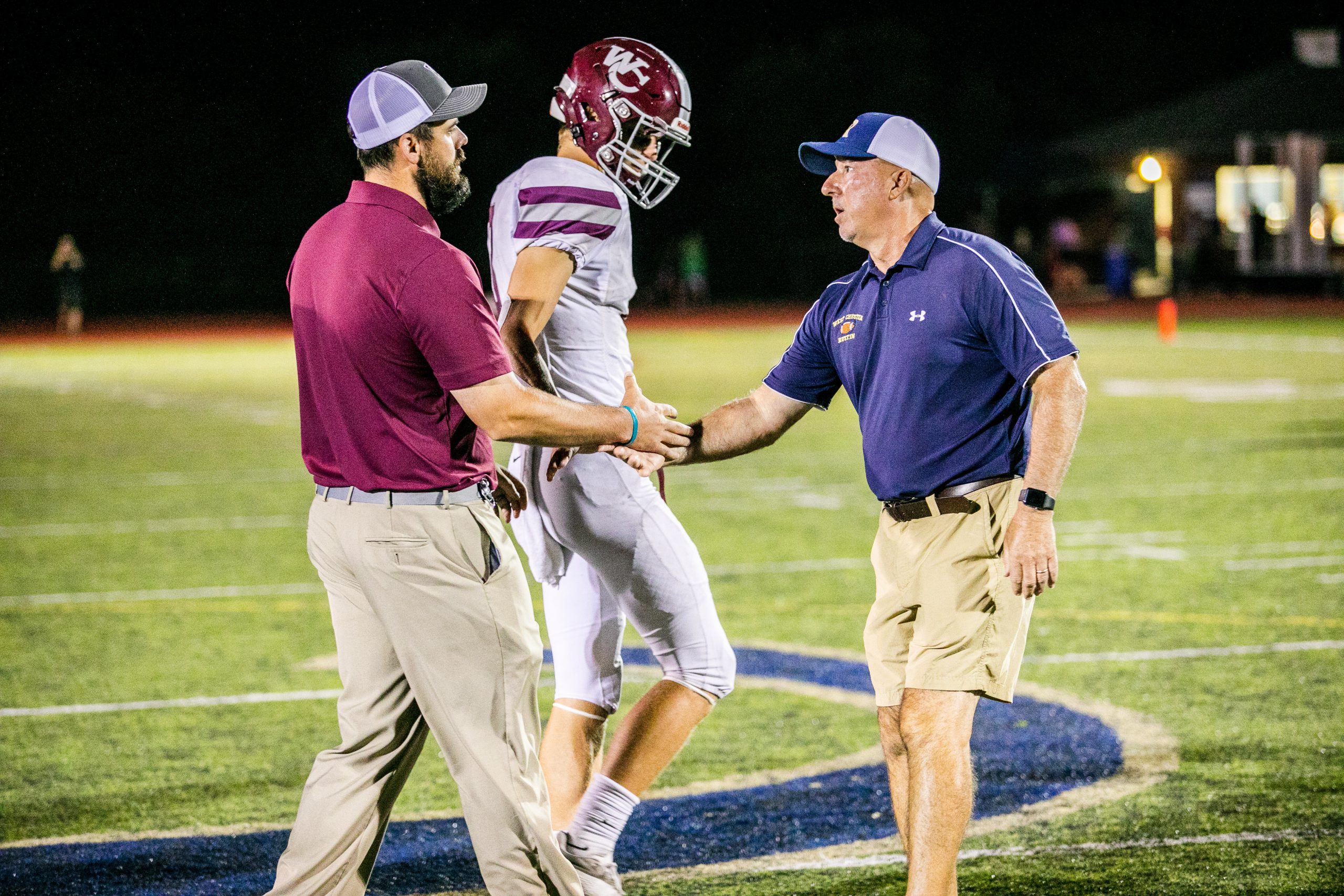 PHILADELPHIA>> One of the most successful area football head coaches has been nominated by the Philadelphia Eagles for the prestigious Don Shula Award for the High School Football Coach of the Year. Each NFL team nominates a head football coach from its city for the Shula Award.

And for the year 2022, Mike St.Clair of West Chester Rustin is the Philadelphia Eagles nominee for the Shula Award.

St.Clair is the only head coach in the school’s history and he has compiled a 143-52 record in his 17 seasons. Under St.Clair, Rustin has appeared in four District 1 title games and the Golden Knights captured the District 1 title in 2008.

St.Clair was also the head girls’ lacrosse coach fat West Chester Rustin from 2014-2021 and is currently in his 17th season as the boys 9th grade basketball coach. Under St.Clair, Rustin has put numerous athletes into Division 1 programs, including Duke and Virginia Universities and he has coached former NFL quarterback Matt Schaub.

“Over the past 17 years, Coach St.Clair’s dedication to high school football has greatly impacted the lives of his players, their families and the Chester County community,” Said Daniel Levy, Manager of Youth Football and Community Relations for the Eagles.

“His ability to get the very best out of his players, both on and off the field, has played an instrumental role in their academic and athletic achievements in college and beyond. He is a true representative of our community and his leadership skills exemplify everything that his award stands for.”

St.Clair has been a social studies teacher in the West Chester Area School District for 30 years and this year St.Clair directed the Golden Knights to a Ches-Mont American Division title and an appearance in the District 1 5A title game against Upper Dublin.

“I’m just really proud that we were able to come to a new school, establish a winning tradition and just have great kids come through the system that have done outstanding things in college and then into professional careers.” St.Clair said.