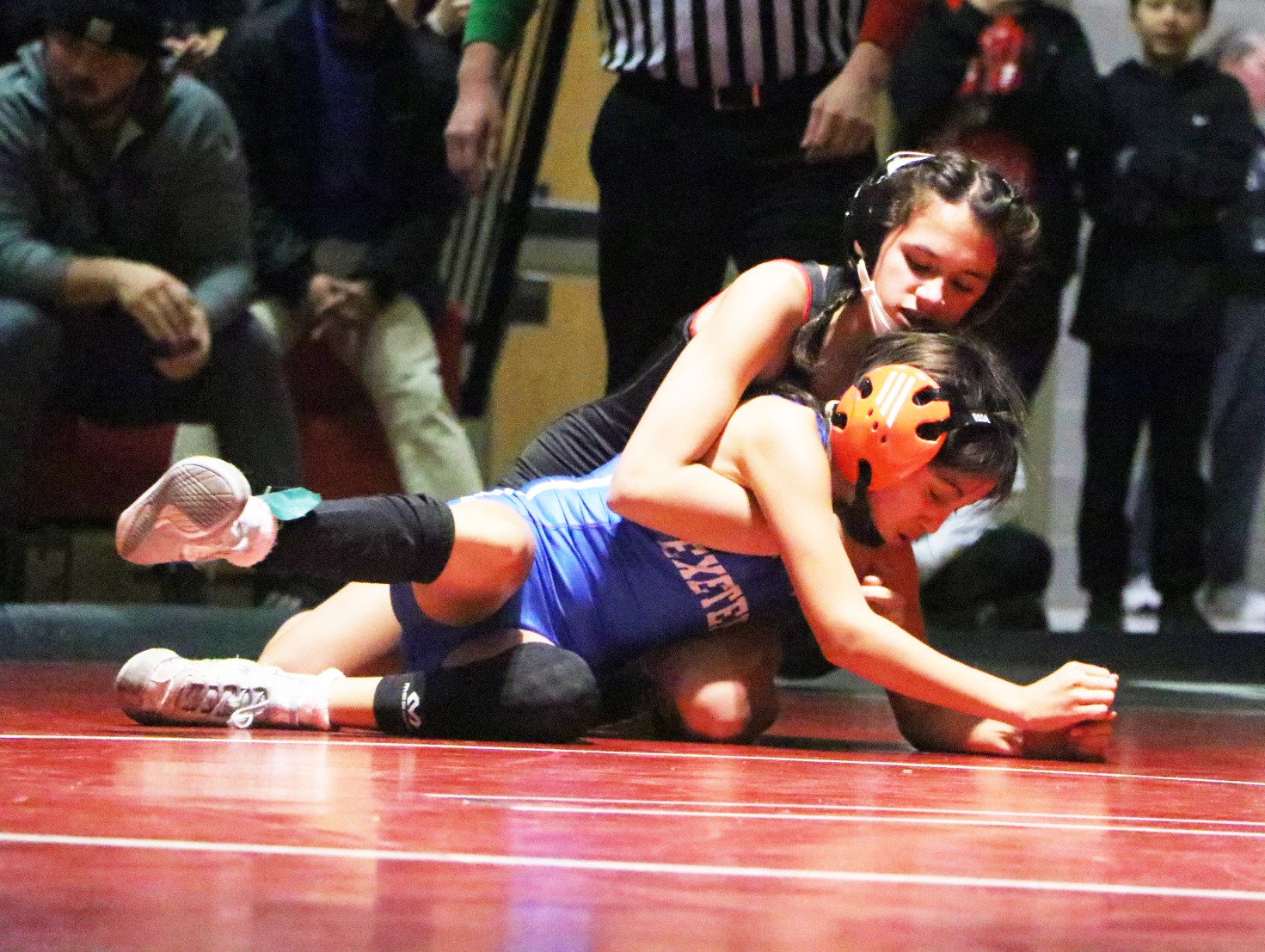 BOYERTOWN >> A few months ago, there was no Boyertown girls wrestling team. But the Bears took a big step toward being recognized around the school and the community when it hosted a match for the first time on Wednesday night – a Quad Meet with Exeter, Governor Mifflin and Souderton with around 150 spectators.

Boyertown currently has five wrestlers on the squad, but expects to have many more next year at this time.

“October was when we actually started,” Bears coach Janna Christine said. “Five people, the first season, just something really new. We want to let the school know it’s here and they have the opportunity now.”

“I did taekwondo for 10 years,” said Miller, who noted that there are now 92 girls teams in the state with the goal of reaching 100 so that the state will sanction it as an official sport and create PIAA Girls Wrestling championships. “Over the summer, wrestling was presented to the school board. It sounded like something fun and the college I’m going to (Bloomsburg University) has a good wrestling team.”

Boyertown had already participated in a Tri-Dual meet at Easton and the Women’s Winter Whiteout at Downingtown West. Coming up on the schedule are the Eastern Regional at Parkland and the MyHouse State Championships at Central Dauphin in March.

Seville had the best performance for the Bears on Wednesday as she jumped to a 4-0 advantage, led 12-0 after two periods and finished with an 18-4 decision.

“I wanted to try something new and get stronger,” said Seville, who has also been a runner on the track team. “I really like it. I enjoy it a lot. It’s really fun.”

“They love it,” Christine said. “I think we’ll have a lot more girls out here. We’re learning a little bit more every day.”

The other three teams have older and larger programs at this point, but they help each other by holding combined practices.

“We go to a lot of group practices,” said Christine. “A PAC practice, a Berks wrestling practice.”

This is the first wrestling coaching job for Christine, but she has been around the sport at high levels for quite awhile.

In high school, she was a manager for the Boyertown boys wrestling team and then at Penn State University. She has also been the director of operations for the training center of 2020 Olympic gold medalist David Taylor. Closer to home, she is sister of all-time Boyertown and Lehigh University wrestling great Jordan Wood.

“I’ve been thrown around a few times,” she said with a laugh.

Miller hopes to make the Bloomsburg men’s team next year since there is not a women’s team there.

Until then, she’ll enjoy her time as the only senior for the Bears.

“I like the teamwork,” Miller said. “It’s just a big fun activity. And you get to know more people.”