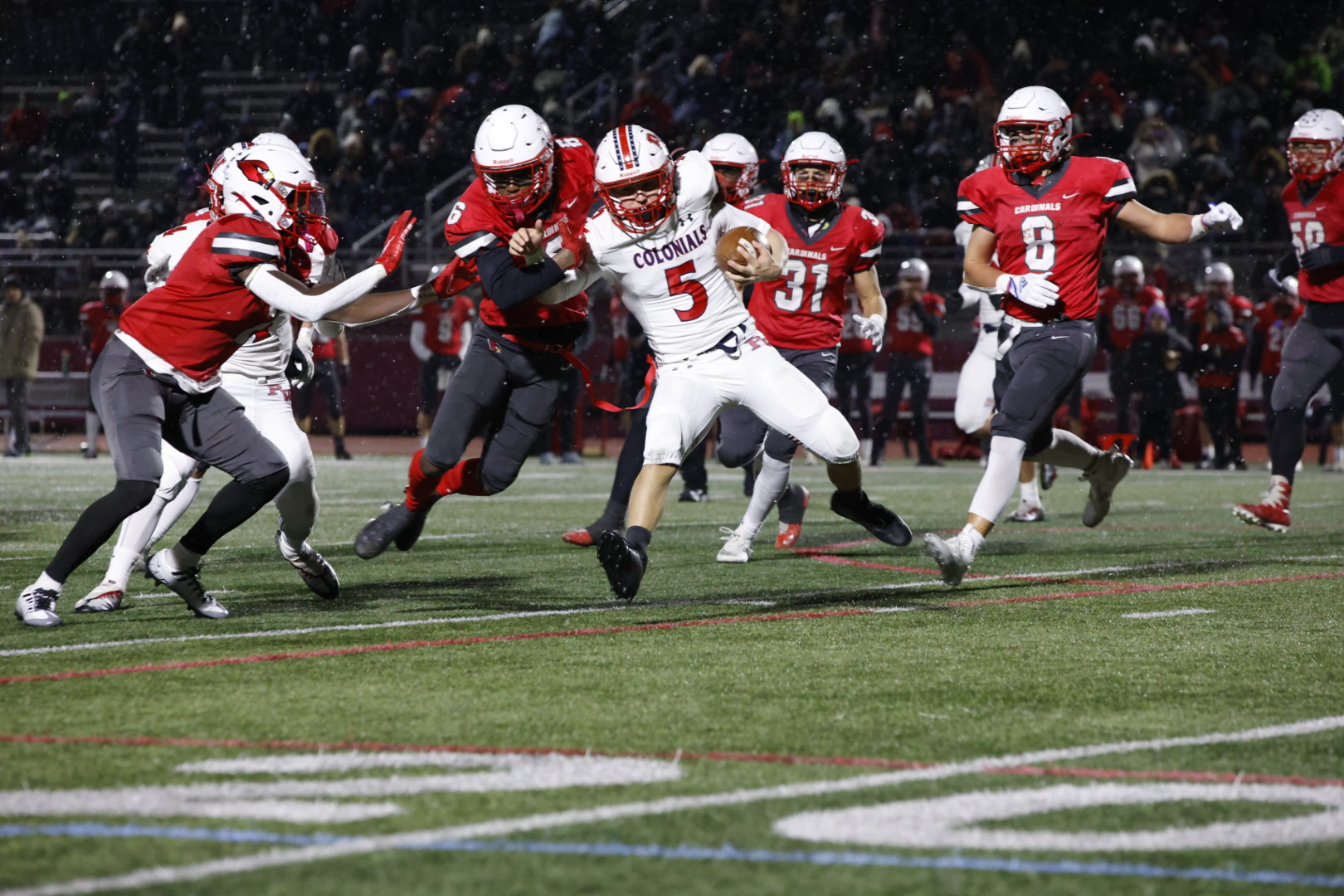 Since District 1 football went to six classifications in 2016, Upper Dublin has seen a lot of West Chester Rustin in the Class-5A playoffs. In six postseasons since the change, the schools have met three times.

The Cardinals won the matchups in 2018 and 2020, both district championships, while the Knights won in the first round in 2019.

The rivals meet again this week for the district title. Kickoff is set for 7 p.m. at Upper Dublin High School’s Cardinal Stadium.

Defensively, top-seeded Upper Dublin knows what it has to do to win – stop third-seeded Rustin’s Wing T rushing attack.

“We’ve seen the Wing T (this season),” Upper Dublin coach Bret Stover said, “and we have a history with Rustin. We’ve played them… and they’re well-coached. Mike (St. Clair) does a great job, hats off to him for a win (in the semifinals over No. 2 Strath Haven). On the road down there, that’s not an easy place to play football, I guarantee that.”

Upper Dublin saw the Wing T earlier this year against Central Bucks West and Souderton. In those games, the Cardinals allowed 10 combined points. West ran for 174 yards on 32 attempts while Souderton ran 26 times for 72 yards.

Defense was the difference in Upper Dublin’s three previous games against Rustin.

In UD’s 2018 district championship win, the defense allowed 28 points, but the high number is a little deceiving of their performance. They allowed two short-field touchdowns after an 86-yard kick return and a lost fumble at their own 20-yard line. Another score – a 76-yard pass – came when the Cards top cornerback got dinged up and had to sit out one play. The defense forced a fumble to setup a touchdown deep in Rustin territory and had a goalline stand to preserve a seven-point win in the final minutes.

In the 2020 championship game, Upper Dublin held Rustin to eight points. The Knights running game totaled 96 yards on 26 carries and the passing attack was 2-for-8 for 21 yards and three interceptions.

The Cardinals got tested by one of the top running games in the area in the semifinals. While No. 4 Plymouth Whitemarsh’s veer option attack isn’t the same as the Wing T, it requires the same discipline and physicality. Upper Dublin shut the Colonials out, 30-0, and held them to 23 yards on 34 rushing attempts.

“Getting used to lots of runs,” senior linebacker Jacob Cornbluth said after the snowy semifinal, “it’s nice to be able to head out there and be ready in this weather.”

“I know they’re a good Wing T team,” senior defensive end Riley Hackett said. “We’re going to have a long week. We’re just going to keep preparing and do what we can. (Facing PW) definitely gets you dialed in.”