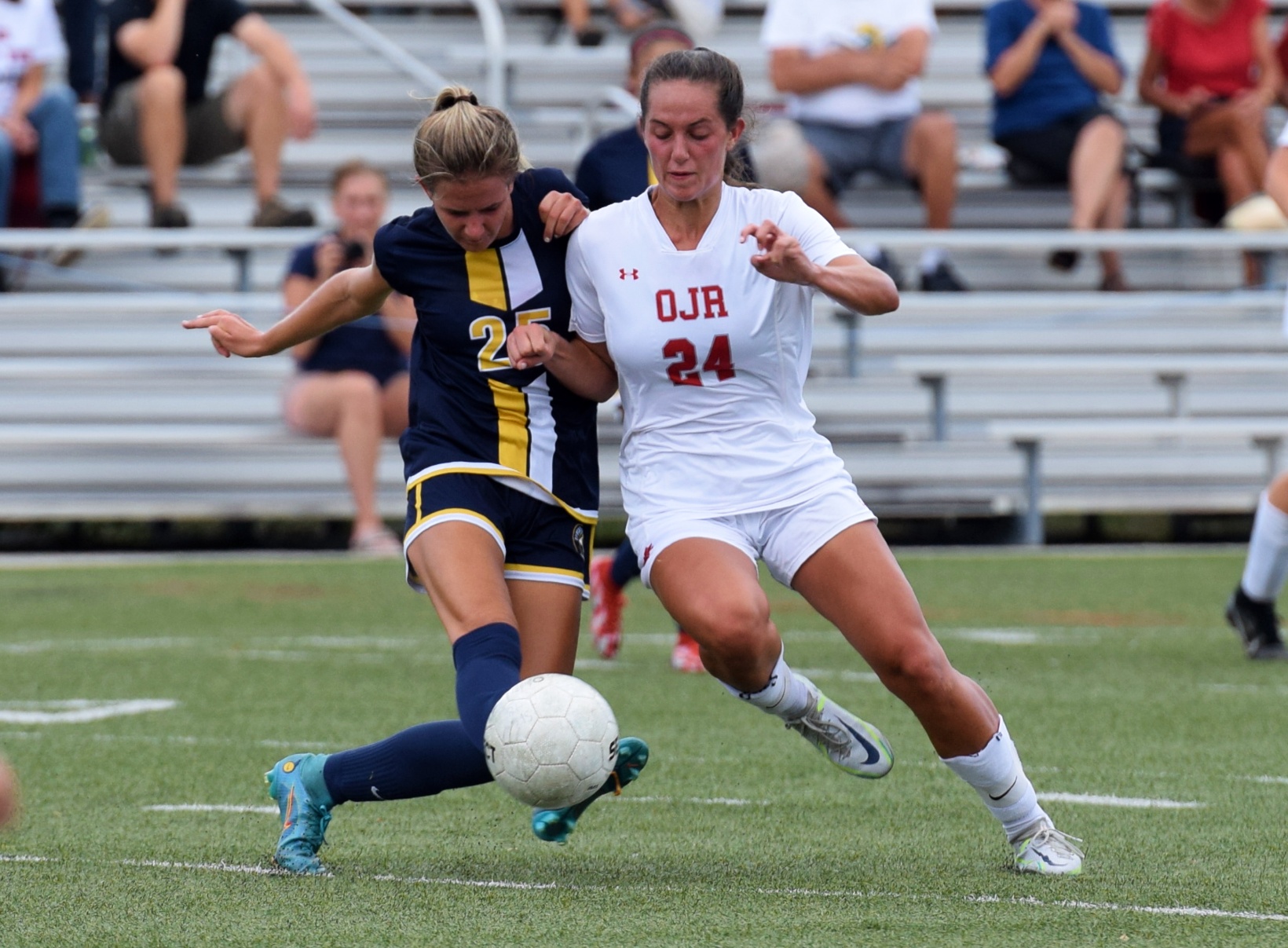 Upper Perkiomen at a glance >> Upper Perk was primed for big things in 2022 and have lived up to billing by going carrying an undefeated record into the postseason. Everything has come together for coach Mike Freed, in his 14th and final year leading the UP girls, with a team that has tons of chemistry, a slew of goal scorers and grit defensively. Beyond blasting the rest of the Frontier division, the Tribe’s signature wins include defeats of Owen J. Roberts and Northwestern Lehigh.

Sarah Fisher, a 2021 All-State forward back from an ACL tear, and Sara Edwards have racked up the goals and are complemented in the attack by Megan Cairns, Mary Kate Sitko and Sarah Straup. Kyra Lesko, who missed last year with an ACL injury, has been a big presence in the defensive midfield for UP, protecting the back four of Elyse Kreiner, Lauren Powers, Erin Edwards and Elizabeth Proctor and goalie Ava Long.

Spring-Ford at a glance >> It hasn’t been an easy road but the Rams have reached the postseason. They won a tiebreaker over Phoenixville (7-4-2) on District 1 power points to earn the PAC’s second wild card. An overtime win over Valley View on Saturday gave them the boost necessary to qualify. Spring-Ford has conceded only 12 goals this year, fewest in the PAC.

Senior goalie Erika Eickhoff has done great work between the sticks with Giana DeFlavia and Tori McPoyle in at center back. Coach Tim Raub’s midfield is led by Molly Kennedy, Ava Hissong and Ally Garvey while Lena Ackerman, Megan Kurian and Summer Smith figure into the attacking rotation.

Perkiomen Valley’s Nicole Bottomley-Lytle, left, and Spring-Ford’s Molly Kennedy battle for the ball during a regular season game. The Vikings and Rams qualified for the PAC Final Four, which will be held Tuesday at Owen J. Roberts. (Austin Hertzog – MNG file)

Matchup and prediction >> Only one team has kept Upper Perkiomen off the scoresheet in 2022. It was Spring-Ford. That occurred on Sept. 28 with SF goalie Erika Eickhoff registering 12 saves. That performance shows the Rams have a read on how to combat the Indians’ multi-pronged attack.

The trick is to not only win defensively, but offensively as well, something Spring-Ford has struggled with this season with not enough scoring output. It’s why despite having the ability to make Upper Perk work in a big way, Spring-Ford doesn’t have enough scoring to deny UP a repeat trip to the PAC final … Upper Perkiomen 2, Spring-Ford 0

Head to head >> In the first matchup on Sept. 16, Perk Valley capitalized on an early Dorothy Chesshire goal and held OJR at bay in a 1-0 win. A much different game broke out on Oct. 6 as Alexa Vogelman’s four goals ignited the Wildcats’ 5-2 win over the Vikings.

PAC playoff history >> Owen J. Roberts is 14-time PAC champion (nine better than second-place Boyertown) and is chasing a fifth title in six years. OJR has made the Final Four 12 times in its 16 seasons (since 2006) … Perkiomen Valley will play in the PAC semifinals for the first time in program history.

Perkiomen Valley at a glance >> The Vikings finally get a taste of the Final Four in coach Kim Paulus McCabe’s 18th season thanks to a sizable senior class that returned eight starters and got off to a great start this fall. PV has already set program records for most wins in a season and most goals, while sitting on a record-tying 10 shutouts.

The senior standouts include captains Dorothy Chesshire, Emma Stankunas and Lily Tremba, along with Nicole Bottomley-Lytle and Maddie O’Donnell in the midfield. Juniors Rain Boyd, Mia Milleo, Gianna Corropolese and freshman Giavanna Marciano feature in the midfield and forward lines while Stankunas is joined by Annabelle Booker, Haley Moyer and Madison Lindsay in the back four ahead of goalkeeper Olivia Hulayew.

Owen J. Roberts at a glance >> It goes to show how high the standards are at Owen J. Roberts under coach Joe Margusity when going 14-4 and being a playoff No. 2 seed is a step down from the year prior. Regardless, the Wildcats have a seat at the table and are a good bet for their third straight PAC title.

The side is led by multi-year starters Alexa Vogelman, Gabbi Koury and Olivia Thompson. That trio of All-Area first team players is joined in the midfield and attack by Sabrina Marks, Fiona Sanders and Emerson Storti. The defense is led by goalkeeper Colby Wasson, senior center back Rachel Sbei, Meryn Primanti and Ashly White.

Matchup and prediction >> It’s a good thing matches don’t come down to playoff pedigree. If so, this semifinal would be an open-and-shut case. While OJR chases its 15th league title, PV is enjoying its first appearance in conference postseason. The Vikings have reason to take heart after splitting the regular season matchups with the Wildcats. They’ll need the match to closer resemble the one-goal affair from Sept. 16 than the 5-2 OJR outburst that saw Vogelman fire four goals.

PV has two straight shutouts in its games since while OJR has a six-game win streak entering Tuesday. With many players who played in the District 1 final and the PIAA quarterfinals a year ago, the elevated intensity will be nothing new to OJR. It will be for PV. That’s just one piece of the puzzle why the Wildcats’ pursuit of a three-peat continues Thursday … Owen J. Roberts 3, Perkiomen Valley 1