Downingtown East is impressive in tune-up for stretch run 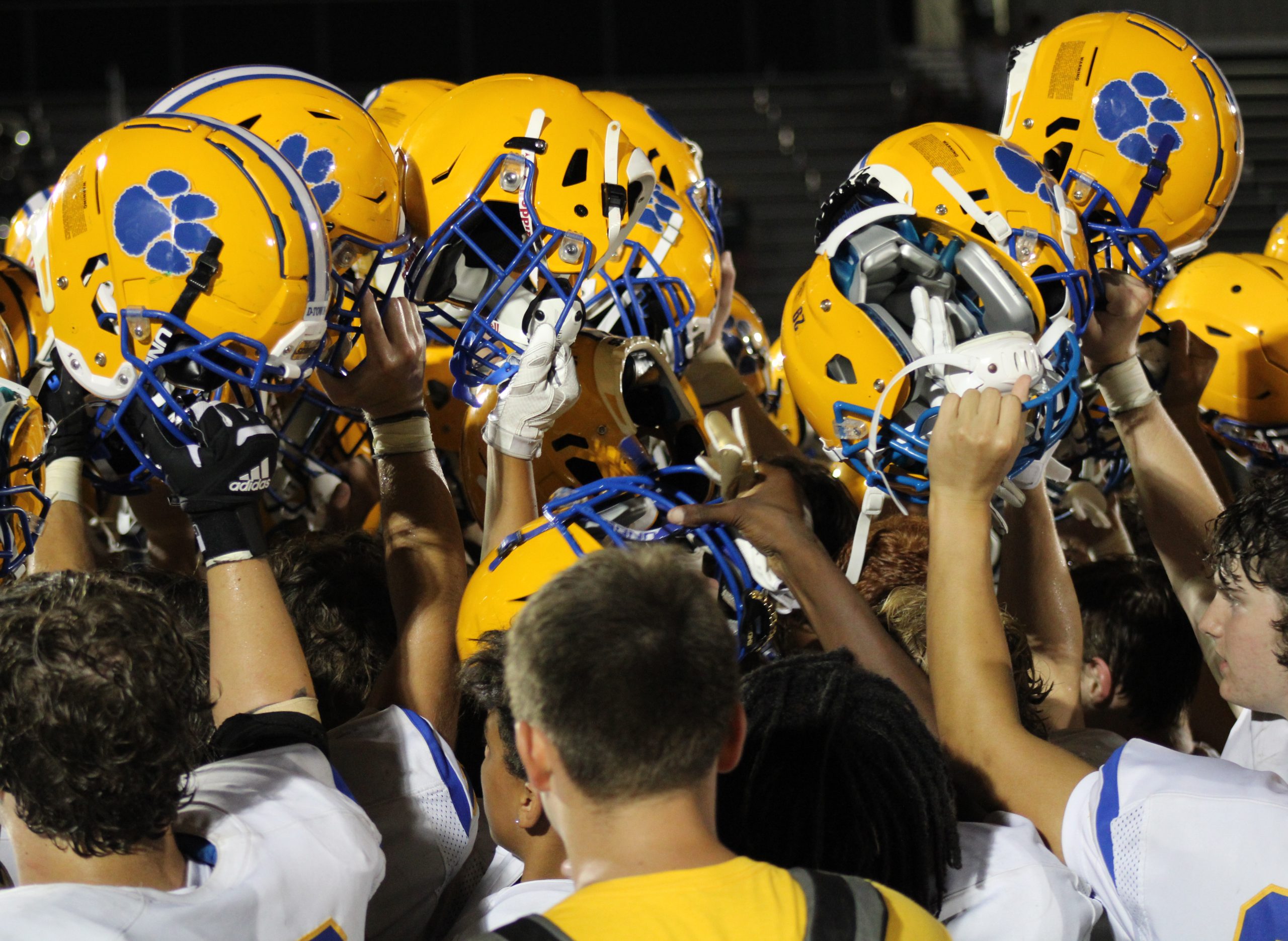 LONDON GROVE >> The 2022 football season at Downingtown East will be judged by what happens in its next two outings, when the Cougars take on rivals Coatesville and Downingtown West to end the regular season.

It was merely a precursor on Friday at Avon Grove. But as tune-ups go, it was a pretty darn good one for East, who showed balance on offense, did not surrender a point until the reserves were on the field, and cruised to a 35-7 victory over the Red Devils in Ches-Mont National action.

“We played pretty hard and did what we wanted to do,” said Cougars’ head coach Mike Matta. “We are trying to focus on where we are at right now and be where our feet are.

“There are going to be a lot of distractions when you play a team as good as Coatesville, so I told our guys they need to focus on the main thing, which playing the game.”

Now 2-0 in the division and 7-1 overall, East entered the game eighth in the District 1 6A Power Rankings. The Cougars barely played star runner Bo Horvath, and also rested one of his backups, fellow senior Mike Waite, and still rolled up 193 yards on the ground.

“I was told before the game that I was probably going to get more carries, and I just played my hardest,” said junior runner Owen Lammy.

“Bo is unbelievable, but if he gets tired, we’ve got backups that can run it too.”

Lammy led the way with 56 yards and a TD, and sophomore Luke Kessler chipped in 45. Horvath and Waite carried the football just nine times combined, but averaged 6.2 per attempt.

“We felt like we need (Horvath) for the next couple weeks, so we gave him a breather, and we gave Mike Waite a breather,” Matta explained. “We thought Owen would do a nice job, and he did. So we feel good about (the running game).”

Avon Grove entered the day with a three-game winning streak. But the Devils managed just over 100 yards of total offense to fall to 1-2, 4-4.

“We need to learn from this, and try to get heathy for the last two games,” said Avon Grove head coach Joe Coffey.

“We game planned to stop Bo (Horvath), and they actually threw the ball a little more than we expected.”

East quarterback Jamy Jenkins missed several games this season with an injury but is rounding into form. He was efficient, and toss two touchdown passes, and connected with junior wideout Caden Walsh four times for 93 yards and a TD.

“When the time comes, the wide receivers on this team are going to have to make the plays,” Walsh said.

“I feel pretty good about (Walsh),” Matta added. “And the more that Jamy continues to get himself together, I am getting more and more happy with (the passing game).”

The Cougars scored on their first five possessions, and none was easier than the first when Lammy recovered a botched opening kickoff at the Avon Grove 16. It was a high, looping kick to an open area of the field.

“We knew that (Avon Grove) was kind of iffy on kick returns, and if we got down there fast enough, we’d have a chance to get the ball,” Lammy said.

“We’ve been really good on special teams,” Matta added. “We’ve returned two kicks for touchdowns and we had a couple long punt returns. It definitely set the tone.

“We wanted to kick it there because it was to (an Avon Grove player) who hadn’t played there a lot.”

“You can’t turn it over like that against (East),” Coffey said.

Horvath’s brief appearance ended with an 8-yard scoring run to make it 14-0. And then the Cougars matched 70-yards in seven plays, which ended with a 35-yard pass from Jenkins to Walsh.

A mishandled exchange by the Devils in the second period was recovered by East’s Jimmy Stott, and six plays later, backup QB Mason Ippolito found the end zone. The Cougars then rounded out the first half scoring with another short field and another TD, this time by Lammy on a nine-yard run.

“I thought we played a real good game in all three phases, which is something we didn’t do in the last couple weeks,” Matta said. “The previous two weeks we kind of fell off a little bit, so I’m glad we got it together, and I am pretty proud of the way we played.

“We are hitting on all cylinders. The kids are really working hard and I think we have a great group of seniors, so I am really looking forward to seeing what they can do.”

East had a 247-31 edge at the half in total yards. And it was 35-0 to start the second half, which included a running clock.

“We wanted to score on every drive, but five for the first five is pretty good. We had a good week of practice, and it showed,” Walsh said.

“Even though we knew we could beat (Avon Grove), everybody was locked in,” Lammy added. “We needed to get focused this week so we could build momentum for the next two games, which are the biggest games of the season.”

In all, the East defense forced Avon Grove into five three-and-out possessions. The Devils were able to avoid the shutout with a late 89-yard march that ended with freshman Jose Sabastro scoring from a yard out.

“We got some of our young guys experience in the second half, and it was nice,” Coffey said.