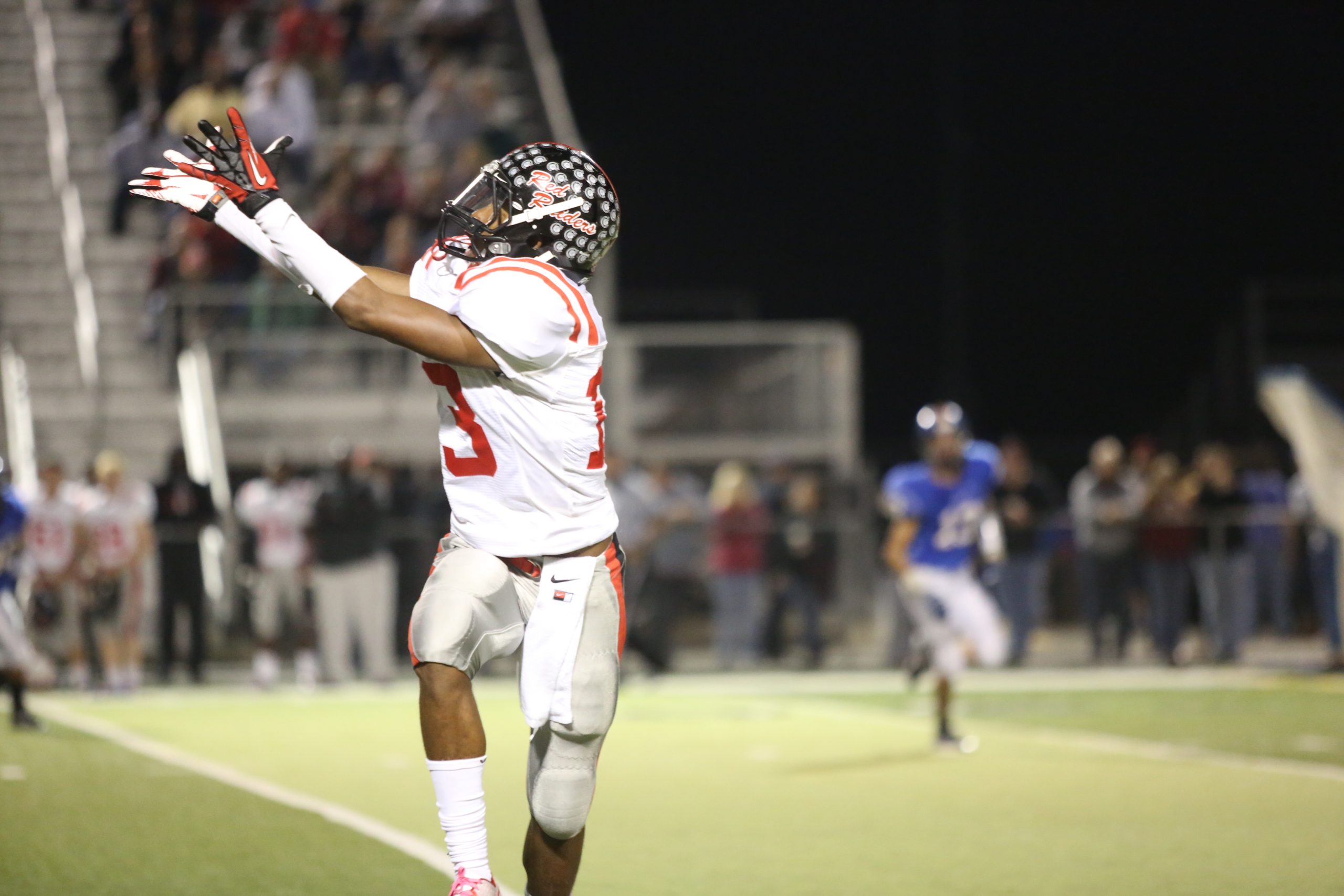 Continuing our series looking back at the 2012 Coatesville football team, the Red Raiders head into week six with a  home game against Bishop Shanahan.

After a challenging non-league slate and a barn-burner against Downingtown East, Coatesville finally hits a little lull in its schedule, and after defeating Unionville, 42-0, the week prior, the Raiders score another six touchdowns to knock off the Eagles, 42-7.

It was Coatesville’s first back-to-back wins of the season.

Chris Jones caught three of those passes, two for scores, totaling 118 yards. His 65-yard bomb was the highlight of the night.

Dre Boggs caught a 16-yard TD and had one carry for 32 yards, while Daquan Worley put up a career-high, to that point, 93 yards and two scores. Vinny Williams also had a TD reception.

Coatesville’s starting defense was dominant, and Shanahan finished with 161 total yards, much of that coming in the second half.

The Red Raiders would head to the road the following three weeks, making stops at West Chester East and West Chester Henderson before the next big matchup against Downingtown West in week nine.