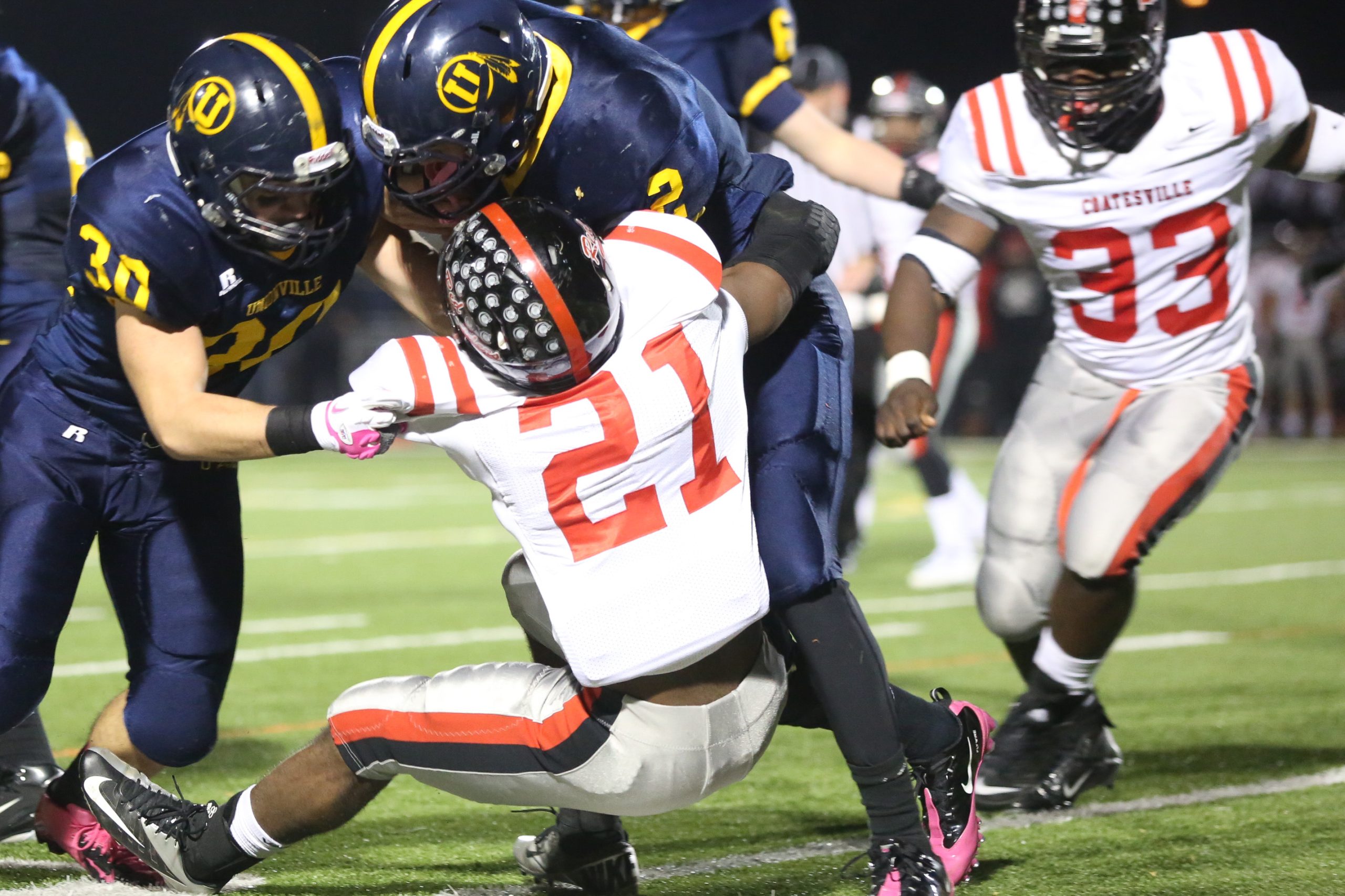 Dipping back into his District 3 connections, Matt Ortega takes his team to Central Dauphin East for an important week three matchup.

Coatesville, fresh off a 19-14 loss to Malvern Prep the week prior, finds itself in a defensive slugfest in the first quarter against the Panthers, who were 1-1, as well.

Midway through the second quarter, East got on the board first with a 14-yard touchdown pass.

That was the spark the Red Raiders needed, and although they didn’t run the ball well most of the night (a season-low 52 yards), they started the drive with five straight rushes, leading to two first downs. On the sixth play of the drive, Coatesville ran a play action pass and Emmett Hunt hit a wide open Tyler Burke, on a corner route behind the defense, for a 24-yard score.

Coatesville got a stop, and on its next drive, went right back to work. This time, Hunt heaved a pass off his back foot and Chris Jones lunged in front of the defender to grab the reception before weaving his way 43 yards to give the Raiders their first lead.

In the third quarter, the lone score came once again from Jones, who took a tunnel screen from Hunt 65 yards, untouched, to put Coatesville up, 21-7.

The fourth quarter got a bit hairy, thanks in large part to East’s junior running back Chase Edmonds. Nowadays, Edmonds is a running back for the Miami Dolphins, but 10 years ago, he was in the midst of a comeback attempt.

On his 26th carry of the night, Edmonds finally broke free for a 38-yard TD run. Devonte Suber had a remarkable game at outside linebacker, for Coatesville, helping to limit Edmonds to 136 yards on 32 carries. Isaiah Flamer recorded an interception for the Raiders.

But with under a minute to go, Edmonds caught an 18-yard TD to tie the game at 21.

The one thing that showed early with this Coatesville team, as well as first-year starter, Hunt, was their resilience. On the Raiders first play after receiving the kickoff, Hunt found Vinny Williams for a 36-yard gain.

The next play, Jones was matched up against the safety, in the slot. With the safety 15 yards off the ball, Jones faked inside and was wide open for Hunt on a 25-yard corner route for the game-winning TD with 38 seconds left.

With a record of 2-1, Coatesville looked to start Ches-Mont National Division play at full speed, with a home game against Downingtown East on the week four docket.