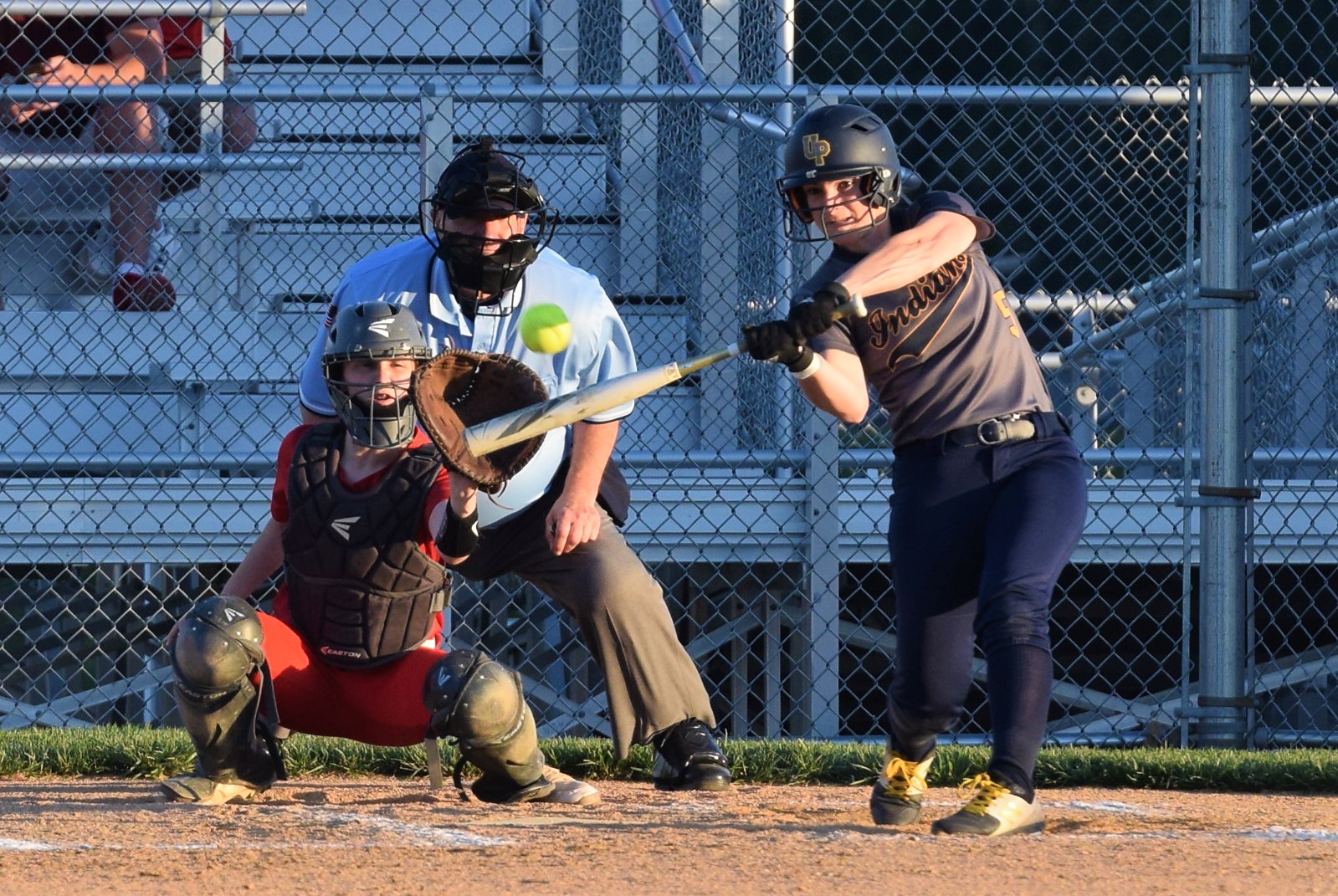 RED HILL >> Upper Perkiomen put pressure on the Marple Newtown defense right from the start of Tuesday afternoon’s District 1-5A softball third-place contest and rode an early six-run lead to a 7-4 win and a berth in the PIAA Tournament.

Maddy Dyer threw a seven-hitter and struck out nine for the third-seeded Indians (15-8) and Kylene Gooch and Kaylyn Adair each had two hits. Amanda O’Keefe went 2-for-3 and knocked in two runs for the fifth-seeded Tigers (15-9).

“It means so much to me,” Upper Perk senior shortstop Dani Freer said concerning her team’s first trip to states since 2019. “All the girls were pretty pumped coming into the game.”

“It’s an accomplishment,” said UP coach Dean Sullivan. “We have great stars on the team and the role players.”

Shauna Kerrigan singled to left to start the game from the Tigers, but she was thrown out on a steal attempt by Indian catcher Ashley Forrest and Dyer got the next two batters on a strikeout and a grounder to second baseman Gooch.

Then Upper Perk went right to work and scored two on a hit batter, an error and a squeeze bunt that resulted in an error at the plate. A fly to right by Dyer produced the third run and Adair singled with two away to make it 4-0.

The Indians scored another in the second on a single and steal by Morgan Robinson and another error on a bunt by Darby Gasda.

“Once I noticed their third baseman was playing back, we decided to keep the pressure on them,” said Sullivan. “Cause a little havoc.”

“We came out flat,” said Marple Newtown coach Mike Snow. “We haven’t done that in a long time. Give them (the Tigers) credit. They came back. They fought. We just spotted them a little too much too early.”

The Indians added a run in the third on consecutive singles by Dyer, MacKenzie Schaffer and Adair and a fielder’s choice grounder by Robinson.
Marple got on the board with two in the fourth on an error and RBI singles by pitcher Kelsey Racine and Grace Corner. Then the Tigers closed to within 6-4 in the sixth on a walk – the only one allowed by Dyer – a hit batter and a two-out, two-run single by O’Keefe. Madi Coll followed with a single through the middle, but Freer fielded a grounder and flipped to Gooch at second to retire the side.

“I wish we kept the momentum going,” said Sullivan. “We were aggressive on the base paths, forced some errors. I don’t think they understand how big states are.”

Upper Perk finally added another run in the seventh when Gooch singled with two out, advanced on a wild pitch and scored when Joyce singled and was caught in a rundown between first and second.

“She came out really strong today,” Freer said concerning Dyer, who struck out the side in the fifth. “She was definitely a big part of the win today.”

The Indians were coming off a 13-3 semifinal loss to Oxford on Saturday.

“If you look at our record, we win one and lose one,” said Sullivan. “This was our win time.”

“I think we collectively knew we had to come out strong,” said Freer. “Before we got tired and the game progressed.”

The Indians will open state play against the winner of the District 3 championship game on Thursday between Exeter and Twin Valley.

“We’ve been making the plays, been playing heads-up,” he said. “I’m proud they were able to right the ship.”