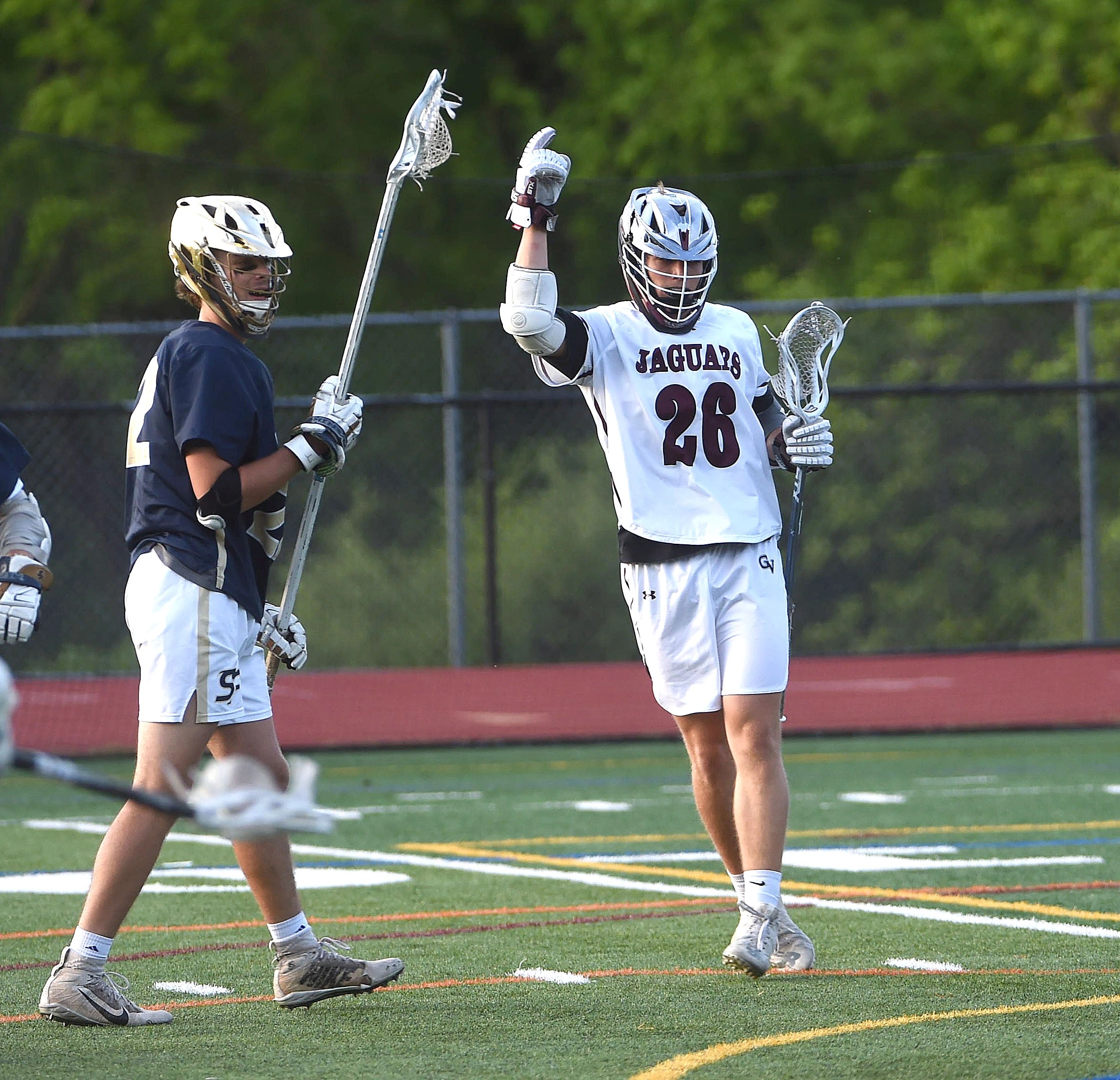 CONCORD — Conceptually, Max Busenkell knew it. But after Saturday, he felt it.

After being eliminated from title contention in the District 1 Class 3A tournament by Unionville, another loss Tuesday would be the last one for Busenkell and his fellow Garnet Valley seniors.

That reality wasn’t new for the senior. But the urgency with which he mobilized it Tuesday night felt like something novel and ultimately game-changing.

Busenkell set the tone with a goal 35 seconds into a District 1 playback game with Spring-Ford, on the way to seven goals, two assists and a states-qualifying 13-8 romp.

“The captains came together and we were like, we’re not going to let this be the last time we play with each other,” Busenkell said. “The four seniors, we’ve been playing together since we were really little. So I think we feel that responsibility that it’s our time to step up, and if we can play well and lead the team, it’ll give us a shot to stay in the tournament.”

The final score was cushioned by five fourth-quarter goals by the Rams; it was 13-4 when Busenkell made his final contribution of the night with 6:42 to play.

Busenkell could’ve left Saturday’s game feeling fine about himself, at least. But even five goals and an assist were hollow consolation for a 7-6 loss. Crucially, the sixth-seeded Jaguars (15-6) didn’t have a non-Busenkell-involved goal the entire morning.

“After that loss, we came to practice knowing that we had a terrible game,” Busenkell said. “We didn’t execute Coach (Frank) Urso’s game plan at all. He told us to do one thing, and we did a complete other thing. That’s our problem. We have the talent and we have the guys.”

Tuesday, they had two by the end of a quarter, leading 5-1. Busenkell had a first-quarter hat trick, sure. But equally important was control of possession via Sam DiTrolio, who went 21-for-23 at the X.

The back-breaking sequence capped the first quarter: Busenkell scored with 27 seconds left, then Kai Lopez won a draw and fed Sean Gallagher, one of those senior captains, to plant his 10th goal of the season with 15 seconds left, then DiTrolio hit Busenkell with nine ticks left for a trademark howitzer.

In 18 seconds, the game went from 3-1 to 5-1, and Busenkell and his mates went from staring into the abyss to staring at states.

“When he’s winning faceoffs like that, it just makes it so much easier on the offense,” Busenkell said of DiTrolio. “You get the ball back, it’s like make it take it.”

Justin Wixted completed his hat trick early in the fourth quarter for Spring-Ford. Christian Marchini did the same with 80 seconds left on a sublime behind-the-back goal. Feeding him was fellow senior Will Bonawitz, who scored twice.

The lack of possession and balance between patience and pushing the ball was a tough balance for the Rams early.

“It was just offensive possession,” Wixted said. “We kind of rushed some possessions, and that brought our confidence down and gave them more energy and ability to score. I think as we took longer possessions and took our time and wore down the defense, I think our ability to score was a lot higher.”

Wixted, a junior, is among an abundance of assets returning next year. The Rams have become a perennial contender to get to states, and while Tuesday’s loss adds to a string of disappointments at the final playback hurdle, it also sets the objective for next season.

“I think we can make a run next year,” Wixted said. “Great group of guys, we’ve got some really good returners, and we’re going to put that work in in the offense and continue to grind. I see a bright future in this program.”