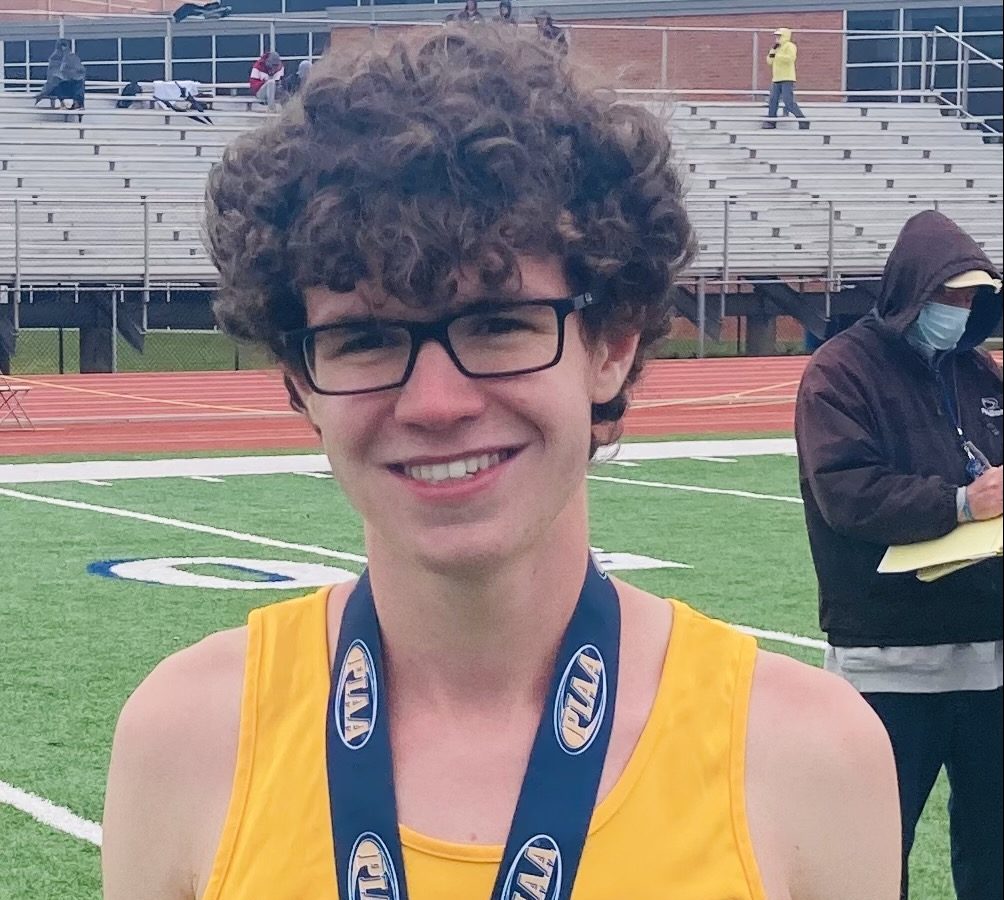 Archbishop Wood's Gary Martin, pictured here at the 2021 PIAA Championships, became the 14th high schooler to run a sub-4-minute mile, winning in 3:57.98 at the PCL Championships on Saturday, May 14, 2022. (Kev Hunter, MediaNews Group)

MARPLE >> Gary Martin has been chasing history all season.

The Archbishop Wood senior has been on a quest to become the first high school athlete from Pennsylvania to run a sub-four minute mile.

He came up just short of that milestone at the Explorers Invitational and the Penn Relays, running 4:00.95 at La Salle and 4:01.04 in a loaded field at Franklin Field. Martin had one more shot to make history before he graduates and he didn’t squander it at the Philadelphia Catholic League championships Saturday afternoon at Cardinal O’Hara High School.

Running with a purpose, and leading from start to finish, Martin made history with a sizzling time of 3:57.98.

Martin raised his hands in triumph as he crossed the finish line. His time was the fastest in the county by nearly 10 seconds, according to pa.milesplit.com.

“I’ve had a couple of really good workouts this week and I felt I was in shape to do it,” Martin said. “Looking at the weather I thought it was going to be a good day and it’s one of my last opportunities to really just run an all-out mile before we get into post-season stuff. I just wanted to go for it, see how I was feeling through two laps. I felt good. I was right on so I kept going.”

Martin found the warm, light-rainy conditions to his liking as he took the lead in the first 50 meters and kept his foot on the gas. He ran the first quarter in 59.67 seconds, the second in 58.79, the third in 59.87 and the final quarter in 59.62 to easily shatter the meet record of 4:14.08 that was set by O’Hara’s Steve Hallinan and take his place in history.

“For me, I like to run even splits,” Martin said. “I like to settle into a pace, find a pace I need to run and then hold on throughout, which is what I did today. That’s kind of the goal going in. You just have to stay mentally tough.”

But it was his historic performance in the mile that had everyone at O’Hara buzzing.

“That was amazing,” said Cardinal O’Hara’s Sarah Lorentz, winner of the girls 3,200.

“That’s the first time I got up to watch a race that didn’t involve one of my kids,” said former Cardinal O’Hara and Upper Darby coach Dan Nelson, who was the official timer for the meet.

Martin was still trying to wrap his head around what he had accomplished. He’s just the 14th high schooler to break the four-minute mile.

“It hasn’t sunk in yet,” Martin said. “It’s one of those things that I’ve looked at it for a few months now, something I’ve thought about and have been waiting for it, but now that it’s happened I’m still trying to process it.”