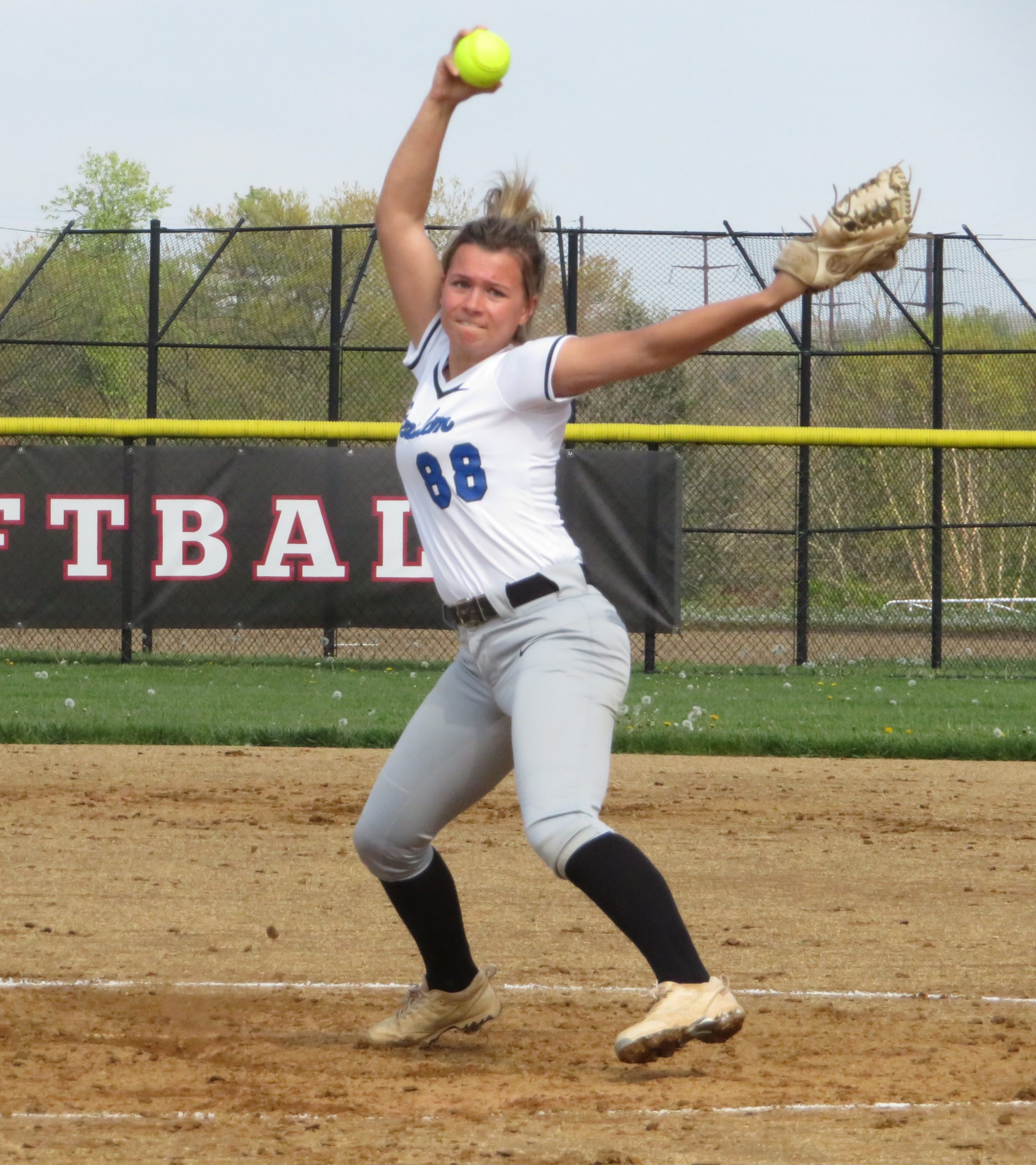 After narrow losses to Pennsbury and Neshaminy, Souderton was on the wrong end of a 2-1 Suburban One League crossover matchup with Bensalem at Souderton Area High School.

“Our bats,” Souderton coach Carol Atkinson pointed to as the problem. “When we get runners on, we’re not producing when we need to.”

Souderton (8-5, 5-5 SOL Colonial) took a 1-0 lead in the bottom of the fourth inning on a Taylor Nelson RBI bunt and had an opportunity to double their lead in the fifth inning. Megan Kummery got hit by a pitch to start the inning, stole second and advanced to third on a wild pitch.

With a runner on third, no outs and Souderton’s 2-3-4 hitters due up, Bensalem pitcher Maggie Formichelli worked her way out of the jam. She forced a groundout to third, pop up to first and groundout to shortstop to end the threat with the score still 1-0.

“I trust my defense behind me,” Formichelli said. “I knew they had my back. I just had to have theirs. I went out there and did what I had to do and got out of it.”

“The top of the order’s not producing when they need to,” Atkinson said. “We’re getting runners on and we’re not getting home.”

Souderton’s Megan Kummery watches the ball from third base against Bensalem on Monday, May 2, 2022. (Ed Morlock/MediaNews Group)

The Owls (9-5, 7-4 SOL National) carried that momentum to the top of the sixth inning. Kayla Clarkson led off with a walk from the No. 9 spot before Megan Klein bunted her into scoring position. Ayva Knowles singled and advanced to second to put the tying run on third and go-ahead run on second with one out.

Formichelli bunted to score Clarkson and advanced to second on the throw home. Lisa Sponheimer loaded the bases with a bunt before Camryn Pickering’s sacrifice fly scored Knowles to put the Owls ahead, 2-1.

“Going into (the sixth inning) we knew that we needed the runs,” Formichelli said. “We needed to produce and we produced.”

Souderton had one runner reach base over the final two innings, but Bensalem turned a double play to end the threat.

Formichelli earned the win with her complete game effort. She struck out seven batters to four walks and allowed one run on three hits. She credited her drop-ball for most of her success against Souderton.

Souderton’s Abby Burns took the loss. In her first full outing since a finger injury forced her to miss more than two weeks, she threw all seven innings, striking out eight batters to one walk and allowing two runs on four hits.

“She’s been slowly working it back and she came back great today,” Atkinson said. “Today was a great game for her. We just didn’t do it offensively.

“(Bensalem) played a great game against us,” Atkinson added.