Plymouth Whitemarsh wins a wild one over Hatboro-Horsham 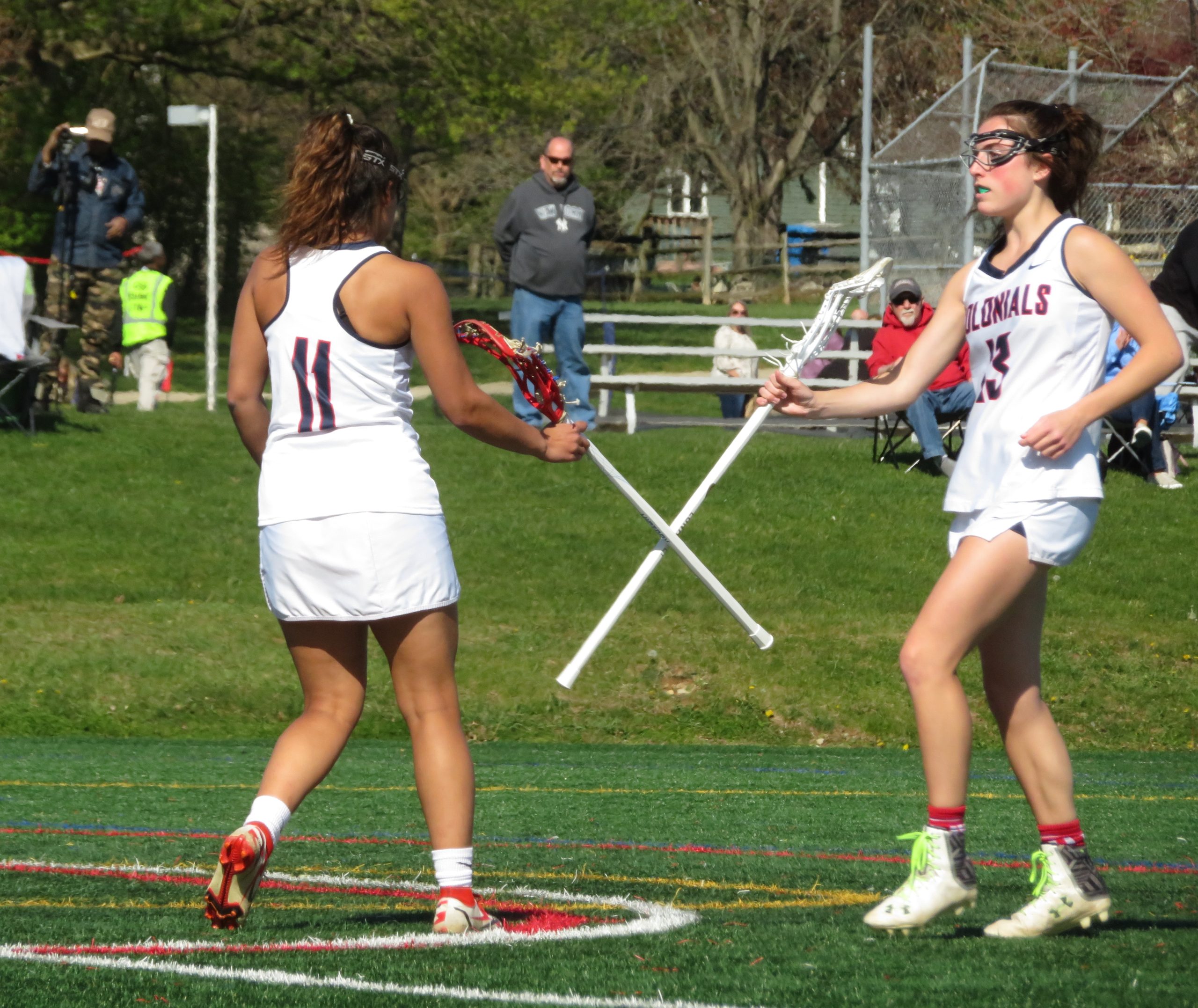 The senior midfielder put the Colonials on the board less than a minute into the game and scored the game-winning goal in the final two minutes. Her seven-goal performance led PW to a 16-15 Suburban One League American Conference win over Hatboro-Horsham at Plymouth Whitemarsh High School.

“I do very well under pressure,” Austin said of her seven-goal game. “I think as a team we were very hyped, we really wanted it. We all hyped each other up and it was go time. I knew what I had to do.”

Austin’s game-winner came with just over a minute left to make it 16-15.

“I was being faceguarded by (HH’s Lydia Nolin) and Meg (Wendler) picked for me so (Nolin) ended up not being on me anymore,” she said. “Me and Fi (Fiona Gooneratne) set up a two-man game and it worked out perfectly because the girls got confused and I had a 1-v-1 and I was able to take care of it. My teammates really helped me out this game, setting me up for goals.”

After Austin put the Colonials (6-1, 5-0 SOL American) ahead, 16-15, they still needed to make a defensive stand in the final minute. Lonna Buono took a charge to give PW possession and, after a turnover, goalie Aniya Bond made a big save. The Hatters (3-5, 2-3 SOL American) got the ball back, but ran out of time before they could tie the game.

“Our defense gets in our heads a lot and we doubt ourselves,” Austin said, “but we are working on our zone and we pressure the ball well, we communicated very well and it worked out for us in the end.”

Fiona Gooneratne scored back-to-back goals for PW to tie the game at 14. Her second goal came when she grabbed the rebound of a Sophia Gartland free position shot.

“We always know you have to follow the shot,” Gooneratne said, “but I guess I never really thought that it would actually happen. It’s just routine – follow the shot and see what happens. I’m glad I got that rebound. I definitely think that it helped pick us up and we were all able to come together after that one.”

Austin put PW ahead, 15-14, before Hatboro-Horsham’s Sophia Liott tied the game at 15.

“We had our moments,” Hatboro-Horsham coach Marie Schmucker said. “We had many opportunities to really go ahead. We played with intensity. I thought we were a couple steps behind, especially in the first half. Our shot selection wasn’t good in the first half, but we corrected that.