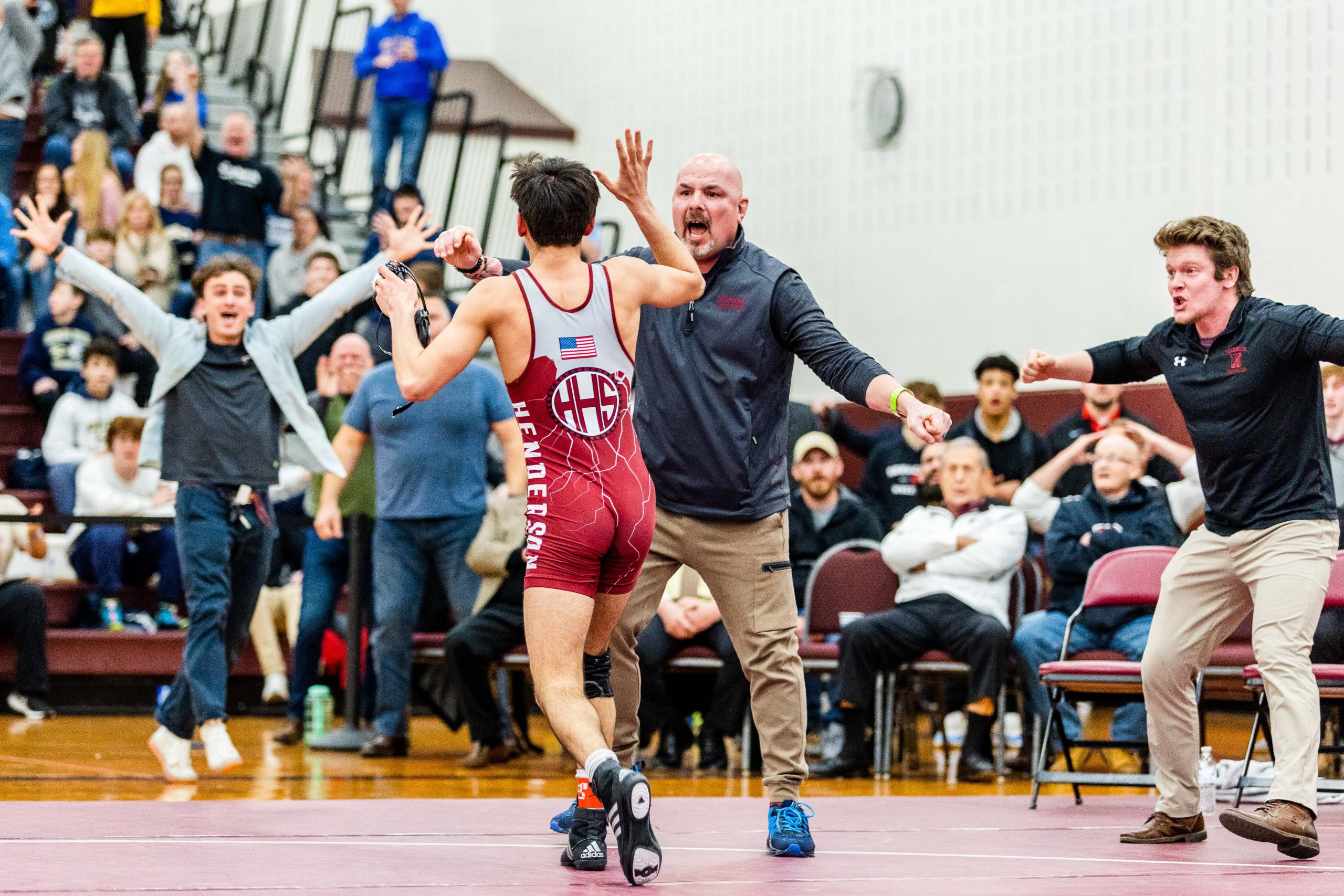 Certainly no one else in the Oxford High gym, Saturday night, was prepared for what transpired in the waning seconds of the 120-pound final, either.

Trailing Quakertown’s Mason Ziegler, 3-1, Cortese arched back, from the bottom position, forcing Ziegler to his back. Cortese controlled him just enough for a defensive pin to be called as time expired.

Cortese is Henderson’s first Class 3A Southeast Regional champ since 2005, whether or not reality set in.

“I was in shock,” Cortese said. “I honestly didn’t know what to think. I was so excited, words can’t describe my emotions.”

The Henderson junior started the two-day tournament as the No. 4 seed, but knocked off the eventual second, third and fourth-place finishers to clinch his second state qualification.

“Honestly, it’s all surreal,” Cortese said. “I was banging with Ziegler over the summer a couple times and was just hoping for it to be a little closer. It came out in my favor. I have no words.”

Two other locals — Oxford’s Cannon Hershey (126 pounds) and Downingtown West’s Dom Findora (138) — claimed titles, while 10 others placed in the top five to qualify for the PIAA tournament, beginning Thursday.

Prior to the finals, Findora was awarded the Sportsmanship Award by the referees, and after a 9-2 win against Perkiomen Valley’s Kelly Kakos to seal his second straight regional title, Findora was named Outstanding Wrestler.

Findora became the first wrestler from West to qualify for states all four years and gave the Whippets a champion for the sixth straight season.

“I’m grateful and glad I got it done,” Findora said. “I still have goals, but this was a good stepping stone toward those goals. It’s my last ride with my coaches and teammates and friends, and I’m grateful for their help in getting me closer to those goals.”

Hershey will be making his third trip to states, but first time as a regional champion. He is now the lone undefeated active wrestler in District 1, at 36-0, and used a second-period pin against Garnet Valley’s Matt Ricci as the exclamation point on his stellar tournament.

“It means a lot,” Hershey said. “I was in this position two years ago and ended up not coming out on top so it feels good.”

Marek Seaman (172) became West Chester Rustin’s first regional finalist since 2012, but dropped a 13-6 decision to Interboro’s Dom D’Agostino. After qualifying for states as a sophomore, but not getting to wrestle in Hershey due to the pandemic altering the postseason, Seaman will fulfill a lifelong dream.

“This time feels real,” Seaman said. “Holding this Hershey bar, it’s special. I think about being a little kid and going up, thinking one day that could be me, it’s exciting and I’m going to make the best of it.”

In the semifinals, Pardo was dominant on his feet, taking down second-seeded Lucas Doyle of Council Rock South three times en route to a 9-7 win. The finals ended in a pin by Central Bucks West’s Carl DiGiorgio, but the Kennett sophomore earned his place in Hershey.

“It’s nice to move on to states,” Pardo said. “I didn’t get what I wanted, but I’m still thankful.”

Pardo was one of four from Kennett to qualify for states, breaking the old school record of three, set in the Class 2A tournament in 1975.