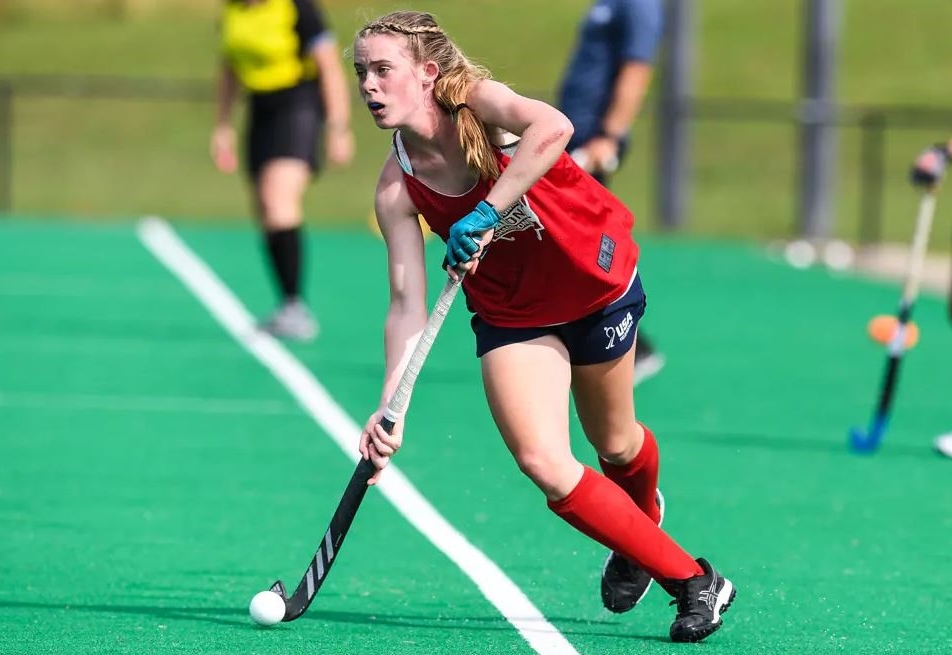 “It’s super cool to be able to play with girls at such a high level,” she said. “It’s an incredible honor to even be playing on a team that represents your country in the first place. It’s truly an honor.”

Kenah made the team after taking part in a five-day selection camp at the Chula Vista Elite Athlete Training Center in Chula Vista, California. After the camp, the USA Field Hockey Junior High Performance Staff evaluated and finalized the 2022 roster.

“It was super competitive,” Kenah said of the tryout. “It was five days of great hockey. The girls out there – they all know how to play. It was really a cool environment because girls from different parts of the country play different ways. Putting us all out there and trying to figure out ways to play with each other in a short amount of time – it really poses a pretty big challenge, but it was definitely a very unique experience.”

Kenah was one of 55 girls to take part in the tryout. She earned her spot by being selected at the Young Women’s National Tournament in Virginia Beach last summer. Kenah, a rising high school senior at the time, was competing against women who graduated college three years ago, women on the U.S. National Team and women still in the NCAA.

The 2022 U.S. Rise National Team will get together for another training camp March 11 at Duke University before playing a test series against Canada in April.

Kenah will stay busy until she heads to the University of Virginia in early August. She’ll play in the National Club Championship with the WC Eagles in July and return to the Young Women’s National Tournament again around the end of July.

“There’s a lot to look forward to,” Kenah said. “I’m super excited. I feel like it’s nice because the pandemic definitely put some things on hold. I feel like it’s picking up again and it’s going to be a competitive level of field hockey and I’m looking forward to grow my game and learn from all the experiences I’m going to have.”

Kenah made the U-16 U.S. National Team team in early 2020, but the COVID-19 pandemic cancelled most of the activities after playing a series of games against Canada.

The Telford native led Souderton to a 20-3 record last fall. She totaled 28 goals and 17 assists while her team went a perfect 16-0 in Suburban One League Colonial Division play and qualified for the PIAA-3A state playoffs. She was a three-time All-SOL selection, including two first-team Colonial Division honors the last two years.