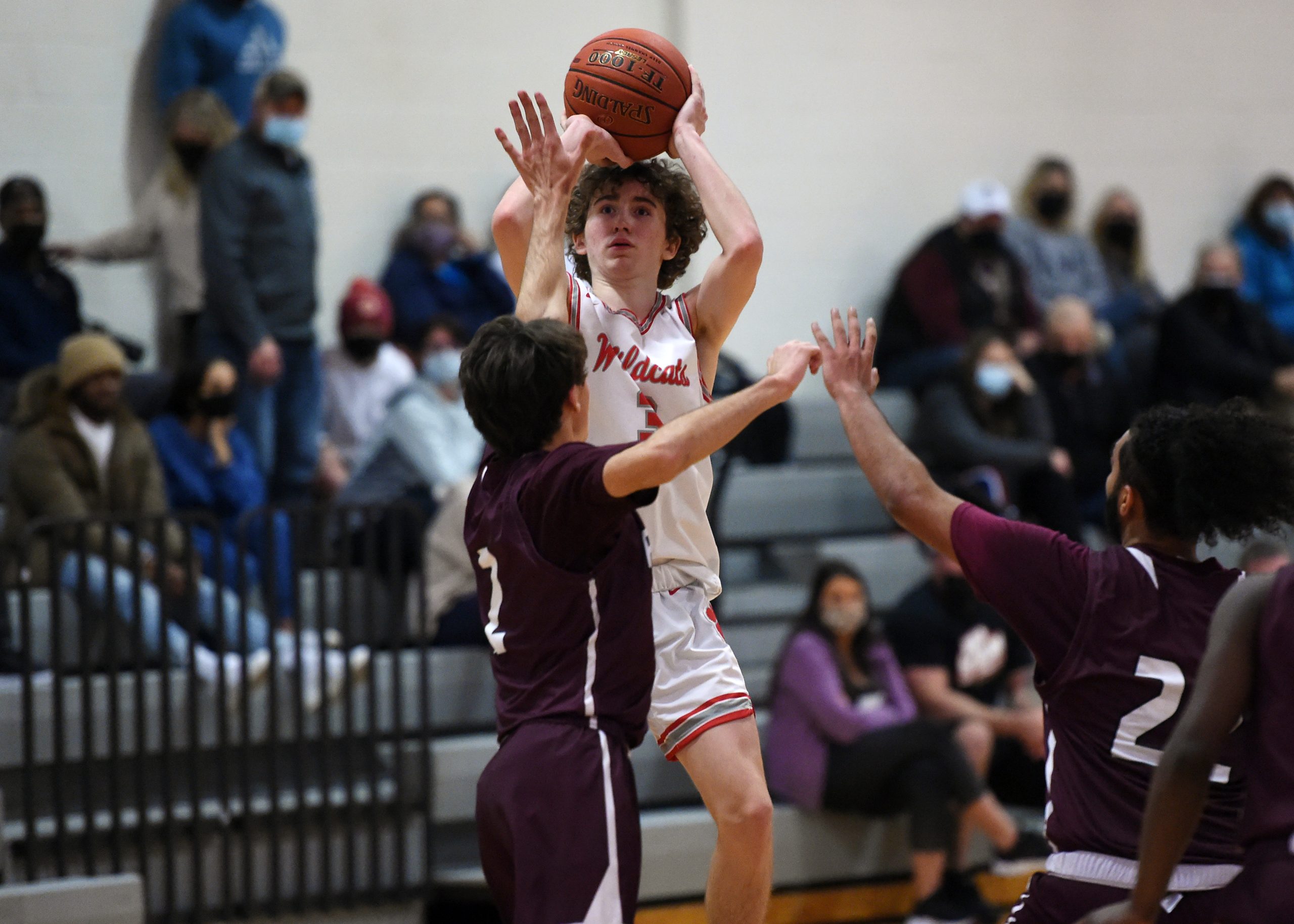 The Wildcats watched another third-quarter lead slip away Thursday night in a Pioneer Athletic Conference Crossover game against Pottsgrove. But this time, Owen J. Roberts – more than a month removed from its last victory – was not going to allow a similar fate.

Sophomore Luke Fryer and junior Jake Bolyn sparked a decisive run that led the Wildcats to a 52-42 victory — the team’s first since Dec. 11.

“We got off to a great start then kind of slowed down, but coming out of halftime we definitely picked it up and were able to finish the game,” Bolyn said.

An and-one by Bolyn with three and a half to play put OJR up by 15 before the Wildcats held on for the win.

“I think it was just my teammates getting me open and they found me when I was open,” Fryer said. “That was it.”

Fryer and Bolyn combined for 23 of their team’s 30 second-half points, igniting the crowd with some of their big shots, tough finishes and dribble moves.

“The crowd is awesome this year,” Bolyn said. “It was hard not having them last year.”

An undersized Pottsgrove group, playing without leading scorer Gabe Rinda (11.4 points per game), hung tough thanks to some hard work inside from Mohammad and Nadhir Ward.

McMenamin did his best to keep things close in the second half, scoring seven in the third quarter, but an overall tough shooting night from behind the arc (1-for-22) and the free throw line (9-for-19) along with 19 turnovers kept the Falcons from reeling off their third straight victory.

“Tonight was just tough,” Pottsgrove coach Scott Palladino said. “I told them we were lucky to even be in the game shooting the percentage that we did and missing as many free throws as we did. At one point it was single digits in the fourth quarter, and we just didn’t shoot the ball well enough tonight.”

Following a 1-4 start to the season, Owen J. Roberts (2-8, 1-5 PAC) had to pause its program activities in late December as it dealt with COVID-19 issues.

The Wildcats went without games from Dec. 18 until Jan. 6, when they returned to the court against Perk Valley last Thursday.

A youthful group with just one senior, Colin Simpson, in the rotation, the Wildcats struggled in four PAC Liberty games upon their return.

Thursday’s victory was a needed win for the young squad and first-year coach Ben Condello.

“I think tonight’s game was all about us taking a growing moment,” Condello said. “We are a young team. Outside of Colin Simpson, everyone is sophomores and juniors. It was a great opportunity for them to learn how to win a varsity game and do it on their own.”

The Falcons have seven seniors on the roster, but have an inexperienced group themselves with only McMenamin and senior Manny Allen key contributors back from last year’s group and three sophomores in their typical starting lineup.

Pottsgrove’s seven wins through 12 games are more than the past two seasons combined, so the Falcons won’t let Thursday’s defeat damper the optimism they’ve build in the first month of the season.

“They’re having fun,” Palladino said. “We’re trying to rebuild a program that’s been in shambles the past two years and trying to teach these guys how to win.”