Road ends for Conestoga in state semis to Emmaus 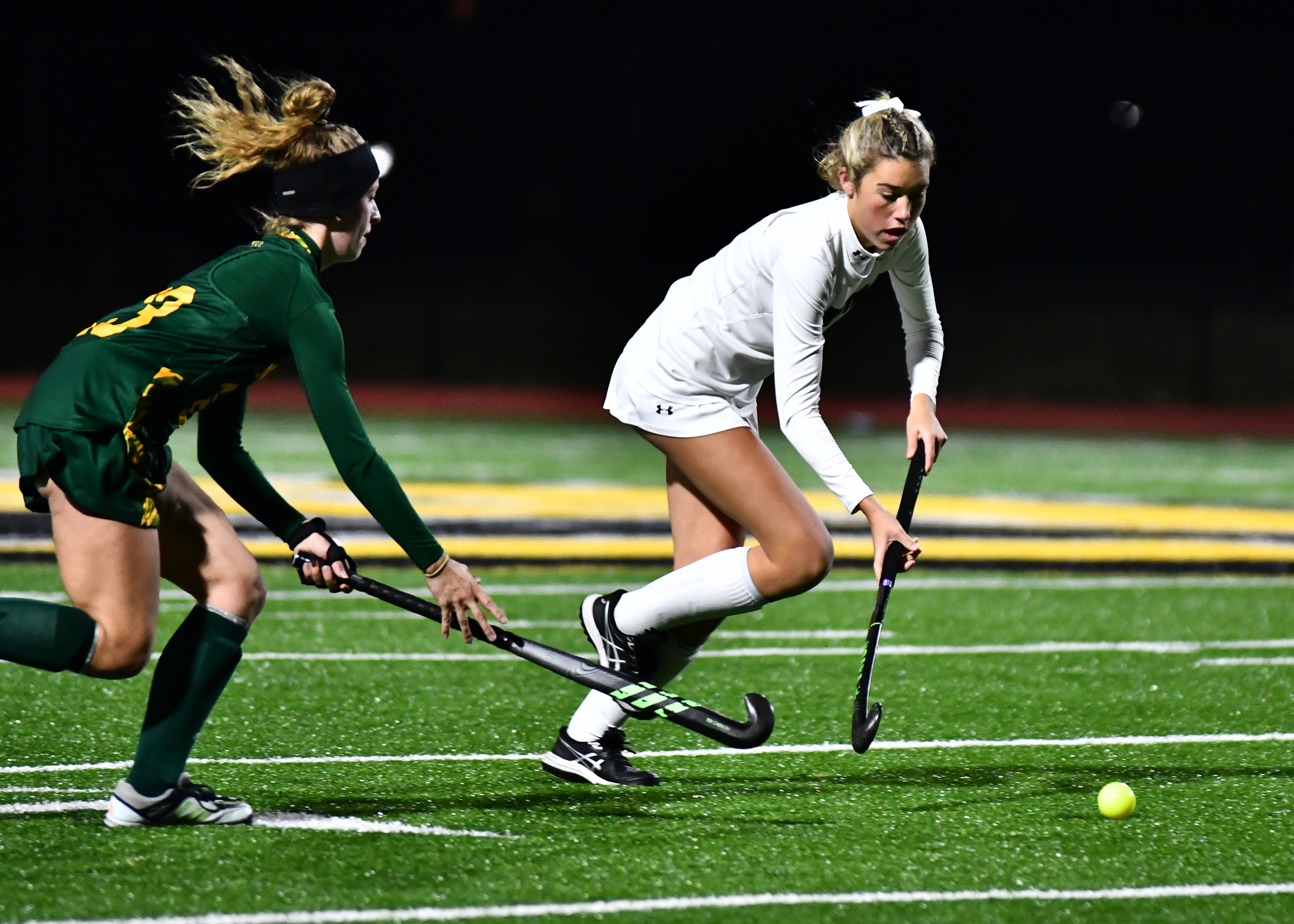 DOYLESTOWN >> It has been one heckuva season for Conestoga field hockey. The Pioneers, reclaimed the top spot in the Central League, cruised to a District 1 Class 3A championship for the first time in four years, and advanced further in the state tournament than any Conestoga team in 30-plus years.
Unfortunately, the magical ride reached its end Tuesday night at War Memorial field at Central Bucks High School, as Emmaus parlayed a strong second half into a 3-1 win over the Pioneers in the PIAA 3A semifinals. The Hornets are seeing their 14th state title, and making their 18th appearance in the championship game.
“It’s disappointing because of the circumstances, but I couldn’t be any more proud of this team and this season,” said Conestoga coach Regan Marscher. “They’ve worked their butts off to get here and have done things this program has pretty much never seen. I feel bad for the seniors that have to see it end so close to the finals.”
At the outset, Conestoga came out of the gate strong, showing no signs it might be intimidated by the illustrious Emmaus history. The Pioneers dominated the first period, keeping the action on its offensive end and looking like their speed just might be more than the Hornets could handle. But for a couple incredible saves by Hornet goalie Madison Shelton on rocket shots from the Pioneers, Conestoga could have been up 3-0 after one.
Instead, the Pioneers had to settle for a 1-0 lead, with the lone score coming on a goal from senior captain Maggie Carson, who unleashed a bullet from about five yards out.
“We played well, and dominated the first period and most of the second,” said Marscher. “It was really nice to see Maggie, one of our seniors, go out with a goal in her last high school game.”
Emmaus evened things up early in the second period. Melea Weber, playing in just her second game for the Hornets after transferring from the Hill School — the first came last Saturday in the quarterfinals against Methacton — got loose on a breakaway, and drew goalie Alex Lepore out of the cage. As Lepore slid forward to try to block the shot, Weber deftly maneuvered around her, and delivered a shot to the back of the cage.
Weber, whose unusual mid-season transfer was approved by a District 11 committee, carries a rather impressive resume, which includes spots in the US National Indoor team, and the U16 National team. Weber scored two of the Hornets three goals on the night. The other came from Ava Zerfass, early in the third period. “That third period caught us off guard,” said Marscher. “I honestly don’t understand why the transfer was allowed. She is a beast, extremely talented, and will probably lead them to a state title.”
The Pioneers never recaptured the momentum that held in the first half, and Emmaus held on for the win, putting an end to the Pioneers season. Conestoga finishes with a record of 22-2, with Emmaus, ranked No. 1 in the nation according to MaxField Hockey, the only loss in PA. Oak Noll (NJ), ranked No. 10 in the nation, was the other defeat.
But this is still a young team, with two freshmen starting and a slew of other underclassmen getting significant playing time. The future looks very bright for the Pioneers.
“We have so many great kids returning,” said Marscher. “Our future is very bright. This season’s successes and making it this far is only going to bring these girls back hungry to take that next step up.”