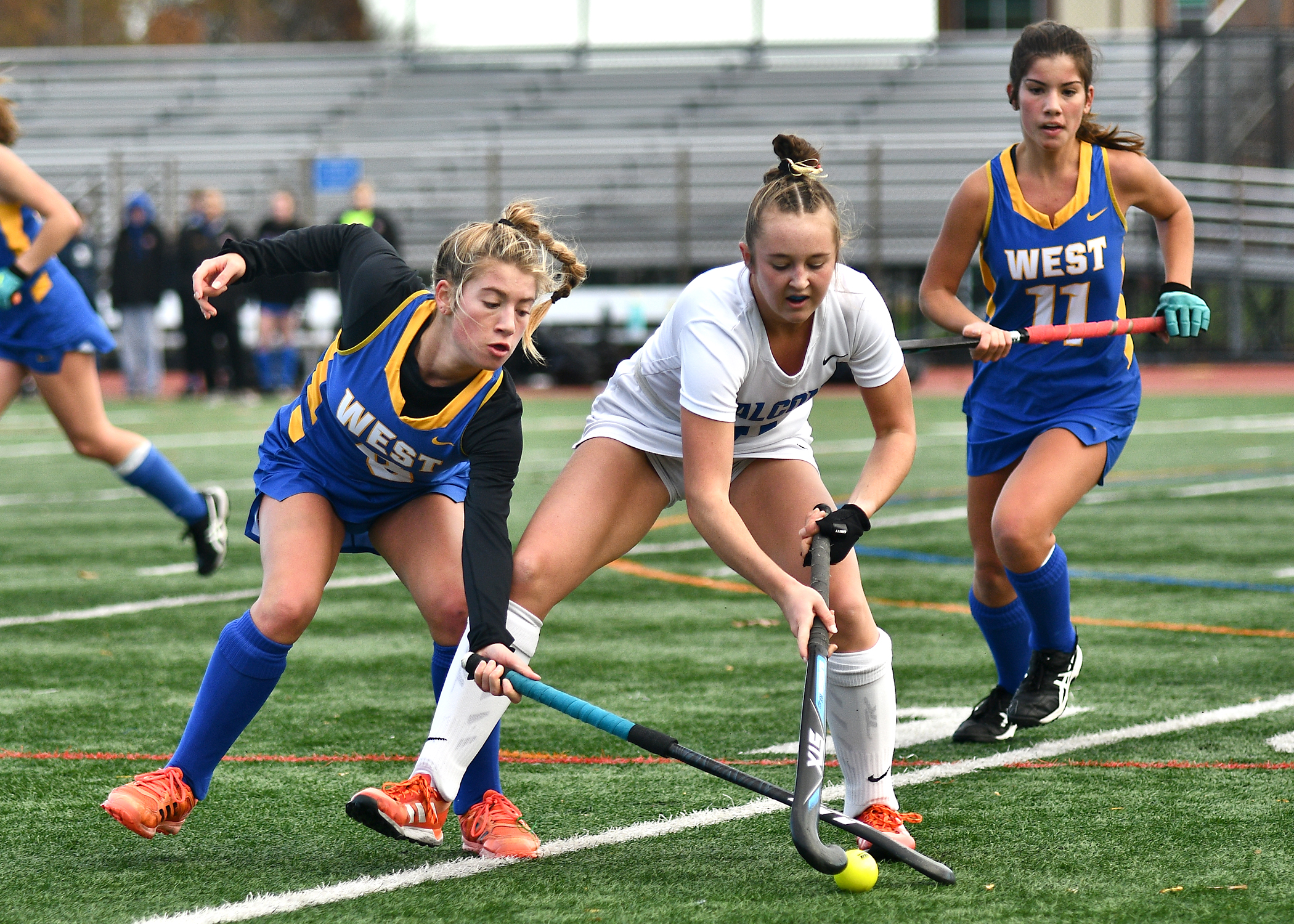 EXETER TWP—All afternoon long, Downingtown West was able to come up with an answer for anything Lower Dauphin did, matching them goal for goal, save for save and shot for shot for four periods of regulation, and darn near two periods of overtime. But with less than two minutes remaining in the second overtime of the PIAA Class 3A quarterfinal game, the Eagles notched a sudden victory goal the Whippets wouldn’t have an opportunity to match, claiming a 3-2 victory.

With the win, The Eagles advance to Tuesday’s semi-finals, where they will square off against Central York, a 1-0 overtime winner or Wilson Saturday.

“We’ve been working hard the last few days cleaning up some things, and I couldn’t be more proud of the way this team came out and played today,” said West coach Steph Bullock. “Both teams played really well. A couple calls here and there go our way, maybe it’s a different outcome, but I am proud of this team and the season we’ve had.”

Scoreless after one, the Eagles got on the board first, when Maddie Weaver found the back of the cage, with an assist to Avery Pollock. But less than a minute later, West answered back, when Carly Smith scored an unassisted goal to make it 1-1, a score that would hold up through halftime.

The fast-paced, back and forth, physical play continued into the second half. Early on in the third period, Lower Dauphin was awarded a penalty corner, and converted whenPaige Bitting passed to Kaitlyn Strawser, and Strawser delivered with a nice, lifted goal over West goalie Kaiya Chepow.

But once again, the Whippets wasted no time in responding. Just slightly over a minute later, West forced a corners, and converted with a goal from Piper Cline, with an assist to Ciara Margetich.

Lower Dauphin finally put the game away with a goal from Pollock, with just 1:53 showing on the clock before the game would have gone to shootout.

It’s a tough loss, but should only bring a pack of hungry Whippets back next season. West’s only losses this season have come against teams still alive in the state tournament—two to Conestoga, who reached the 3A semis; one to Twin Valley, who reached the 2A semis, and Lowe Dauphin. And the Whippets will lose just three seniors to graduation.

“These were tough losses to tough teams that we can only learn and getter better because we played them,” said Bullock. “This is a good group of kids that did everything we needed them to do. They just came up a little short. It’s just going to make them want it even more next year.”