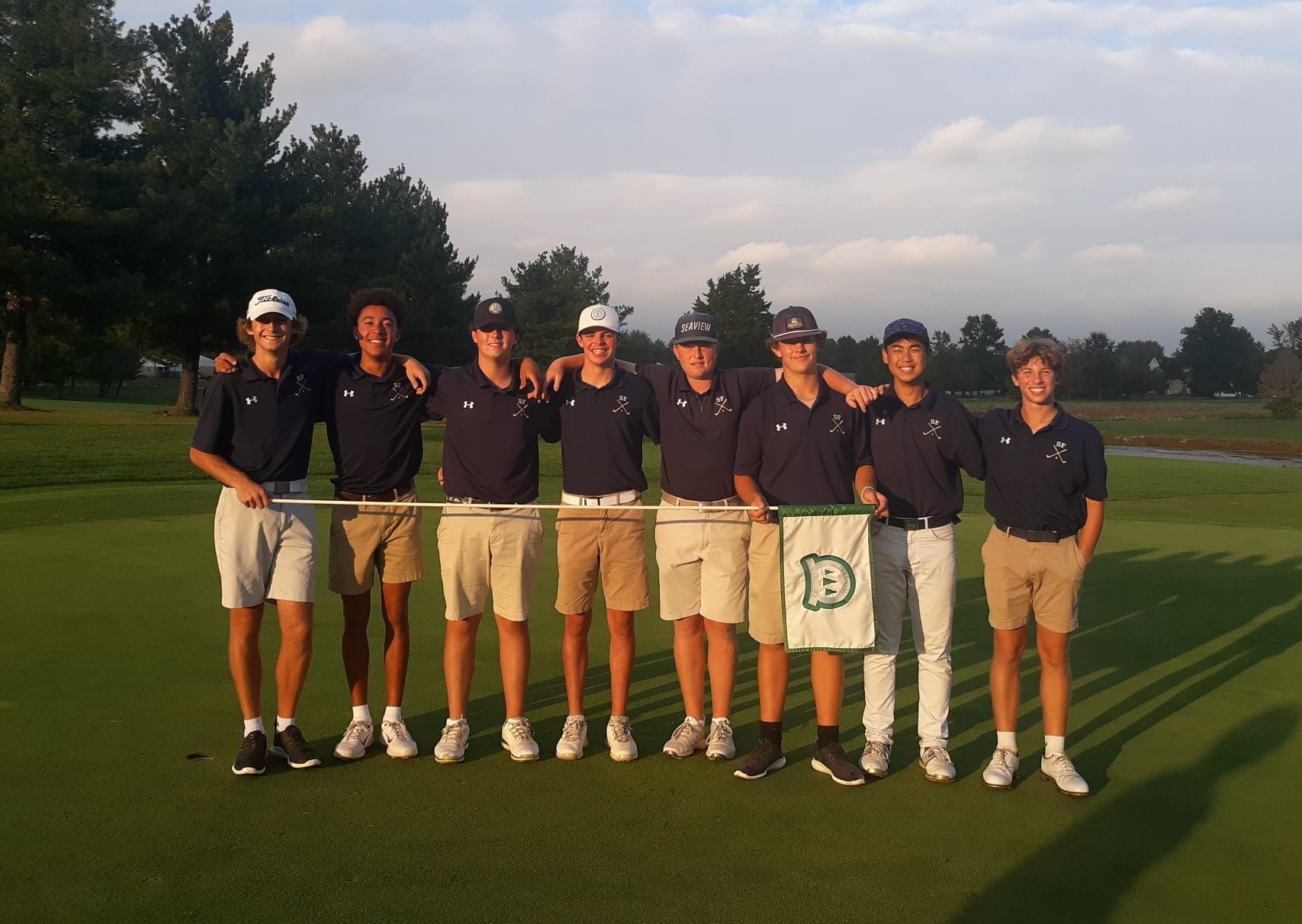 NEW HANOVER >> The ties were formed three years ago.

Back then, a quartet of Spring-Ford ninth-graders — Noah Kim, Robert McNelly, Jon Seifarth, Garrett Wible — made the acquaintance of the boys’ golf team’s junior-varsity coach, Gerald Hollingsworth. Three years later, with the foursome now seniors and Hollingsworth elevated to the program’s head-coaching position, they showed their appreciation in a big way.

The team’s elder statesmen helped secure a narrow 190-191 victory over Owen J. Roberts Wednesday in the Pioneer Athletic Conference’s championship match at Gilbertsville Golf Club. It was the latest laurel for the team, coming in a season during which it went perfect (10-0) during the PAC’s regular season and saw one of its underclassmen, junior Luke Fazio, win the league’s individual tournament and qualify for states with a qualifying show in District 1 individual play Tuesday,

And the seniors were effusive in their praise of Hollingsworth, who was equally as good-natured in his post-match comments about his Class of 2022.

“We had a lot of goals this season,” he said, “and we hit most of them. The league was tougher than I thought, but we had a loaded squad that won some close matches. They worked very hard.”

Wednesday’s nine-hole match was one of those close ones. When the lead foursome checked in, OJR’s Jared Berrish and Stefania Fedun had a one-stroke (76-77) advantage on Spring-Ford’s McNelly (38) and Fazio (39), Berish carding a 37 and Fedun a 39. But team-best 37s by Kim and Jake Blakemore got the Rams the lead prior to Seifarth coming in with a 39.

Roberts’ Nick Parr claimed low-scoring honors with a one-over-par 36. But behind him, Berrish and Fedun, OJR got a 39 from Erik Harken and 40 from Victor Mominey.

“Second place. I know the feeling,” Owen J. head coach Ted Snyder commented near the end of the match.

Kim, for his part, credited a strong approach with his strong round.

“What got me through was my second shots to the green,” he recalled. “I was shaky on the first four, but the last five holes I pulled through. I had one birdie in that group.”

Seifarth, whose 39 was matched by Charlie Ferrise, praised his younger teammate’s contribution to the overall team victory.

“I played off my partner,” Seifarth, second in the PAC individual tourney behind Fazio, said. “I left a lot of shots out there. But I told him we were going to beat their kids, and we did.”

That play by Spring-Ford’s seven and eight golfers was cited by Hollingsworth as a key component of the team’s success this fall.

Wible reiterated that sentiment for a team whose highest scores, 41s by him and Jaden Minter, were better than three Owen J. players.

“I didn’t play great myself,” he said, “but I had faith in my teammates.”

Fazio matched Seifarth and Ferrise with a 39. Behind its top 5, Roberts got a 42 from Will Jaeger.

“Going this far for a golf championship was great,” McNelly said.

“I wanted to help my team win the match,” Wible added. “It’s a great end to my high-school golf career.”

NOTES >> Next up for Fazio will be the PIAA Championships being held Oct. 18-19 at Heritage Hills Resort in York. He was 16th out of 18 District 1 golfers who advanced to states, shooting a five-over-par 149 during the two-day competition at Turtle Creek G.C. … Berish, with a 151, fell one stroke short of state qualification. … In his post-match remarks, Hollingsworth lauded Owen J. Roberts as being a “class act.”