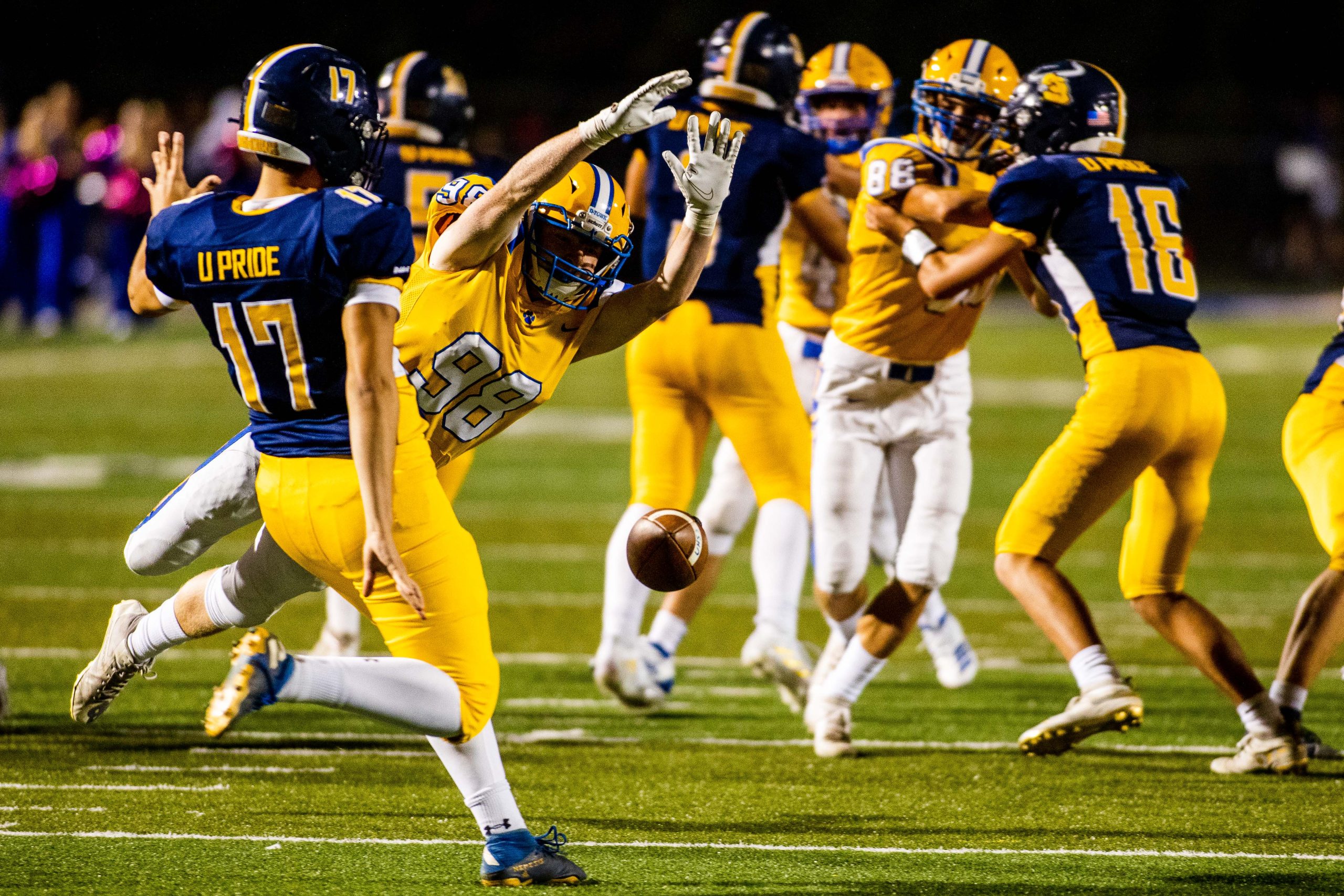 DOWNINGTOWN >> Following its first loss of the season six days prior, Downingtown East could not wait to get back to Kottmeyer Stadium and make amends.

With a voracious pace, the Cougars overwhelmed visiting Unionville, dominating the Longhorns in every facet of the game.

East out-gained Unionville 265-53 on the ground, blocked a punt and scored on a punt return to dismantle the Longhorns, 46-13, in an interdivisional contest.

“(Unionville) has a good team, but they use a lot of guys both ways and we felt if we could get things going it could hurt them a little bit in keeping up with us,” East coach Mike Matta said.

A ground game that was stifled last week in the loss to West Chester Rustin came back alive for East (5-1), who scored on its first two drives on runs by Josh Asante and Jamy Jenkins.

The Cougars picked up 14 first downs and averaged 6.6 yards a carry in the first half.

“We came out and wanted to run the football and play the way Downingtown football should be played,” East senior George Bousum said.

Unionville (5-1) couldn’t get traction in the first half until its final possession. The Longhorns nearly recovered a pooch onsides kick to open the game, but landed out of bounds. They had six pre-snap penalties in the first half, and without their starting running back, Ethan Bennink, could never get going on the ground.

East held Unionville to 1.6 yards per carry for the game, and Unionville’s Matt McCloskey, who entered as the fifth-leading rusher in the area, totaled minus-27 yards, as he was harassed in the backfield all night.

“We gotta be better at the beginning of games in giving up big yardage,” Unionville coach Pat Clark said.

The Longhorns came back from a 13-0 hole a week ago against Interboro, and chipped away a little, Friday, with a pair of touchdown receptions from McCloskey to Luke Schriver, making the score 28-13, early in the third.

Bo Horvath took away any momentum with a 75-yard TD burst on East’s first play of the following drive.

Asante, a senior, was back in his starting role at running back, and he finished with 84 yards, while lightening the load for Horvath who had an area-high 120 carries through five games. Horvath led all ballcarriers with 164 rush yards.

“(Asante) being back made a big difference,” Matta said. “He’s the leader and the soul of the team and it helped that Bo didn’t have to carry all the load. He was a lot fresher and having (Asante) back made all the difference.”

The Cougars’ special teams, outside of allowing three blocked point after attempts, was a difference-maker. The four kick returns Unionville received in the first half resulted in starting drives at its own 20, 20, 24 and 21.

Ryan Shannon blocked a punt at the Unionville 20, setting up Horvath’s first score, and Mike Giardino took a punt to the house in the fourth for the cherry on top.

Downingtown East’s Mike Giardino returns a punt for a touchdown in the fourth quarter. (Nate Heckenberger – For MediaNews Group)

East only had one first down in the second half, but scored three times. Jenkins hit Bousum late in the third for a 20-yard TD to put the game out of reach.

“In the first half you could tell they were already gassed,” Bousum said. “We just ran the ball at them and then in the second half we got over top of them.”

The Cougars will host Academy Park next Saturday, while Unionville, who dropped to 0-5 all time against East, will host Kennett, fresh off a 14-3 win over Downingtown West.