Avon Grove defense steps up in win over Great Valley 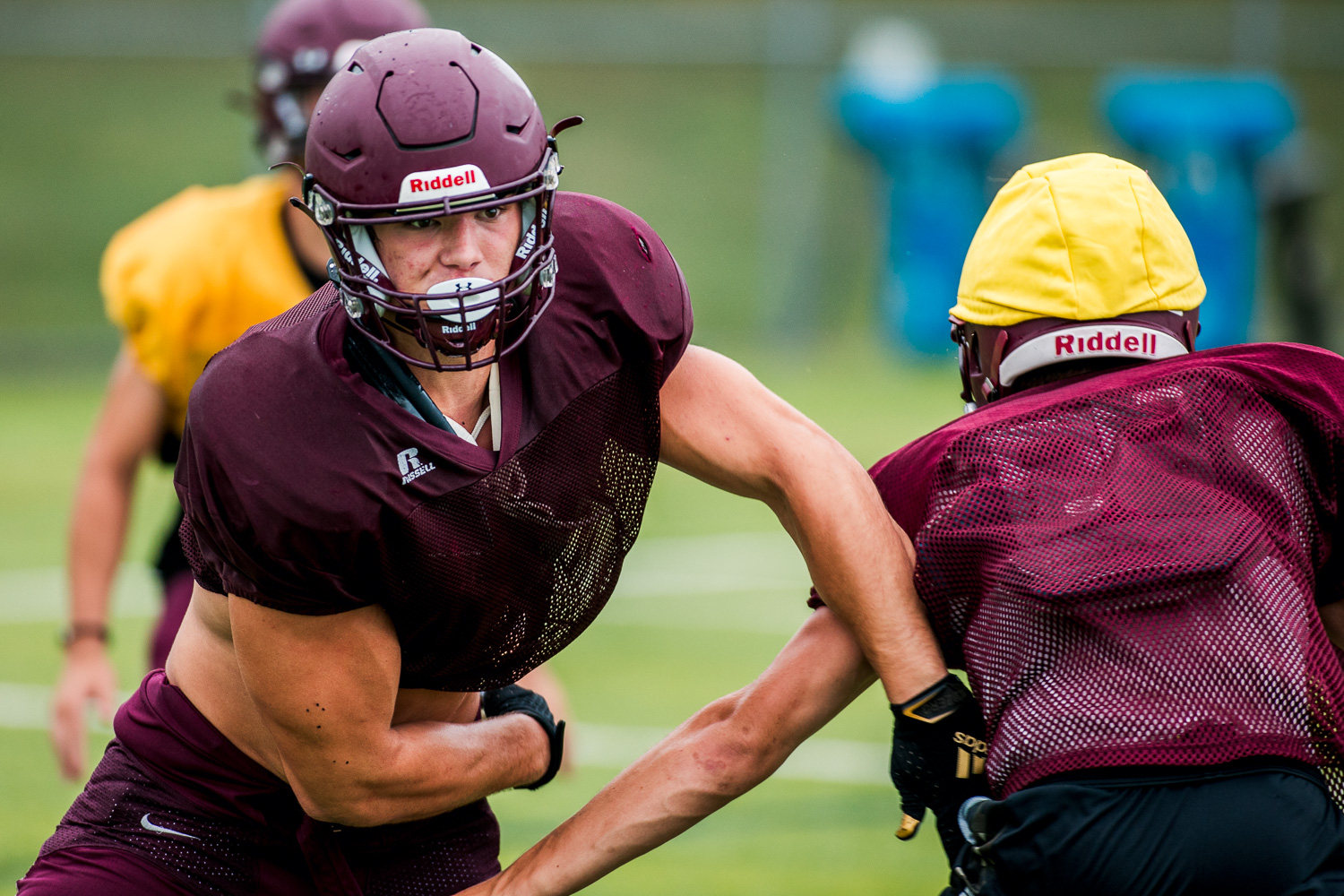 EAST WHITELAND — The Avon Grove football team needed a win in the worse way Friday night at Great Valley. The Red Devils had dropped two games in a row and with the rest of the Ches-Mont National Division schedule ahead of them, it was about time to get a win. Avon Grove came through with flying colors as they out battled a game Great Valley team, winning 20-14, in nonleague action.

The Avon Grove (2-3) defense was active all night as the Patriots (2-3) tried to run away from senior defensive end Josh Reuter. The Red Devils defense moved Reuter to the other side of the line and the rest of the Red Devils defense stepped up and limited Great Valley to just 83 yards on the ground.

“They were running away from me and it was getting to me a little,” Reuter joked. “I wanted to get my tackles. But we learned something about our team tonight. we learned that if we play together we can be a winning football team. And it was a real battle out there. A real dogfight tonight. I am very proud of this team. We really needed a win to give us a push going into our game next week against Academy Park.”

Avon Grove bolted out to a 7-0 lead late in the first period when Thaddeus Binstead rolled untouched 74 yards to score over the left side of the Great Valley line. great Valey came right back to tie the game at 7-7 when Andy Talone, the patriots quarterback went over the right side of the Red Devils line for a five yard touchdown and it was a 7-7 game. Binstead rushed for 119 yards on the night with some tough inside running.

Avon Grove took a Great Valley punt at its own 23 yard line late in the second period. but, the Red Devils moved the ball to mid field on the running of Binstead and Anthony Lorusso. Then, the Red Devils shocked the Patriots when quarterback Connor Walsh hit a wide open Thomas Delgado with a perfect 43 yard touchdown pass with just 16 seconds left in the first half to give Avon Grove a 14-7 lead at halftime.

“We continue to make mistakes and get behind in the first half of games,” Great Valley head coach Jeff Martin said. “That was big for them when they hit that pass at the end of the first half.”

Great Valley came back early in the third period as the Patriots took the second half kickoff and drove down the field to score. Talone was very effective with the short passing game, especially to Dylan Cave, who caught six passes for 61 yards on the night. The Patriots tied the game 14-14 when Jake Snyder scored from five yards out and it was a new ball game.

Avon Grove took the kickoff and went on an 11 play drive with Binstead and Lorusso gaining tough yards inside and when Binstead skirted the right side of the Great Valley defense for an eight yard score, the Red Devils took a 20-14 lead into the fourth period.

This is when the Avon Grove defense won the game for the Red Devils, holding the patriots scoreless in the fourth period. The Avon Grove defense stopped two Patriots drives and on a 3rd and 11 play, Ramsay Haartz sacked Talone for a big loss. On fourth down, Talone’s pass fell incomplete and Avon Grove ran out the clock and came away with a much needed win.

“They were running away from josh so we moved him and other guys stepped up for us,” Avon Grove head coach Joe Coffey said. “We got big games from Ramsay Haartz, Trevor Dosenbach, Calabretta (Anthony) and Josh. You don’t like to look back but we lost the Owen J. Roberts game and went into the Coatesville game at 1-2 instead of 2-1 so we really needed a win tonight. The kids really battled and played with a lot of heart and that is what we are trying to build here.”

For Great Valley it was the Patriots third loss in a row after a 2-0 start and Great Valley head coach Jeff Martin talked about the loss.

“We lost our number one running back (Nick Pellicotti), to injury in the first period,” Martin said. “That is not an excuse because they played very well. We shot ourselves in the foot a couple of times but the effort was there and I am proud of the kids.”