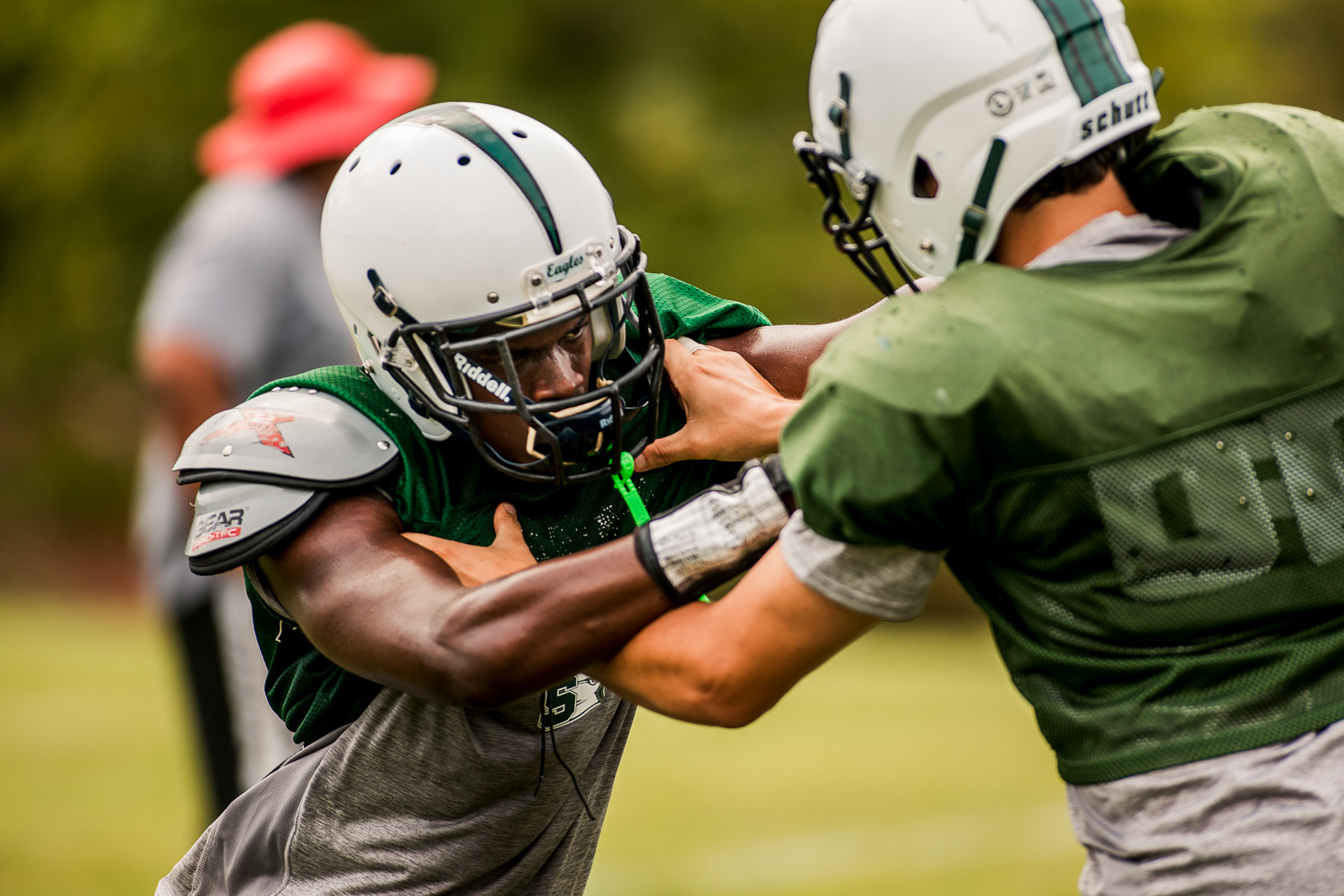 The local scholastic football season is almost at the halfway mark this season and tonight a pair of undefeated squads, Downingtown East and Bishop Shanahan will face off at Kottmeyer Stadium. The stakes will be high. Besides the all-important District 1 playoff points, first place in the Ches-Mont National Division is on the docket and bragging rights around Downingtown.

Downingtown East has played three very tough foes in Pennridge, State College and Delaware Valley and has looked very sharp in its three wins against the talented trio. The same can be said for the Eagles, while they played three teams they could handle, they did it easily and have gotten better each week.

But as much as these two teams have in common they are very different. Downingtown East is a large 6A school who plays all the high profile 6A teams in district 1 and beyond, in its non league slate. throw in big games each season with Coatesville and Downingtown west and the Cougars are always on the front page of the district landscape.

The Cougars always have high expectations. and are looking for the first District 1 title in school history. The Cougars reached the District 1 finals back in 2005,  losing to North Penn and all the Cougars players and coaches privately think this could be the season they break through and make a run at the district title. You will not hear about those expectations in the newspaper or on video because under head coach Mike Matta, the Cougars have always let their play on the field do the talking for them.

And then, the other 3-0 Ches-Mont National division entry is the Bishop Shanahan Eagles. The Eagles are a small 4A school that plays the giants in the Ches-Mont National Division. Year after year, the Eagles play the Downingtown twins, Coatesville and another large school in Avon Grove.

So, the Bishop Shanahan non league schedule does not have any North Penn’s on its schedule because the arduous league slate would be way too much for nay other 4A school to endure. Most schools would have already cried to get out of the league and look for softer landing spots.

But this has never been the way of Bishop Shanahan football under its only head coach in history, Paul Meyers. Meyers knows the realities of playing three of the top six seven 6a schools in District 1 year after year. but, the Eagle players and coaches don’t look for excuse, they look for wins and showing their kids what it is like to play the “Big Three”, in front of capacity crowds.

And Bishop Shanahan has beaten all of the big boys on occasioned this may be the best Bishop Shanahan team in years. Senior quarterback Cooper Jordan can throw and run with the football. Brandon Choi is one of the best linebackers in District 1 and is a presence at fullback also.

The defensive front is impressive and the Eagles have size and talent up front. with depth being the only discernible  weakness for the Eagles.There are 28 seniors on the roster and the Eagles fuly expect to win the District 1 4A title, as they did two years ago and make a deep run in the PIAA playoffs.

So, tonight at Kottmeyer Stadium, it will be a little like David and Goliath, with both David and Goliath having something too prove. It is a testament to Meyers that a Cougars win over his club is still feather in the hat of the 6A Cougars.

So, after tonight, only one Ches-Mont National Division team will be undefeated. But, both will come out of tonight’s game a winner.