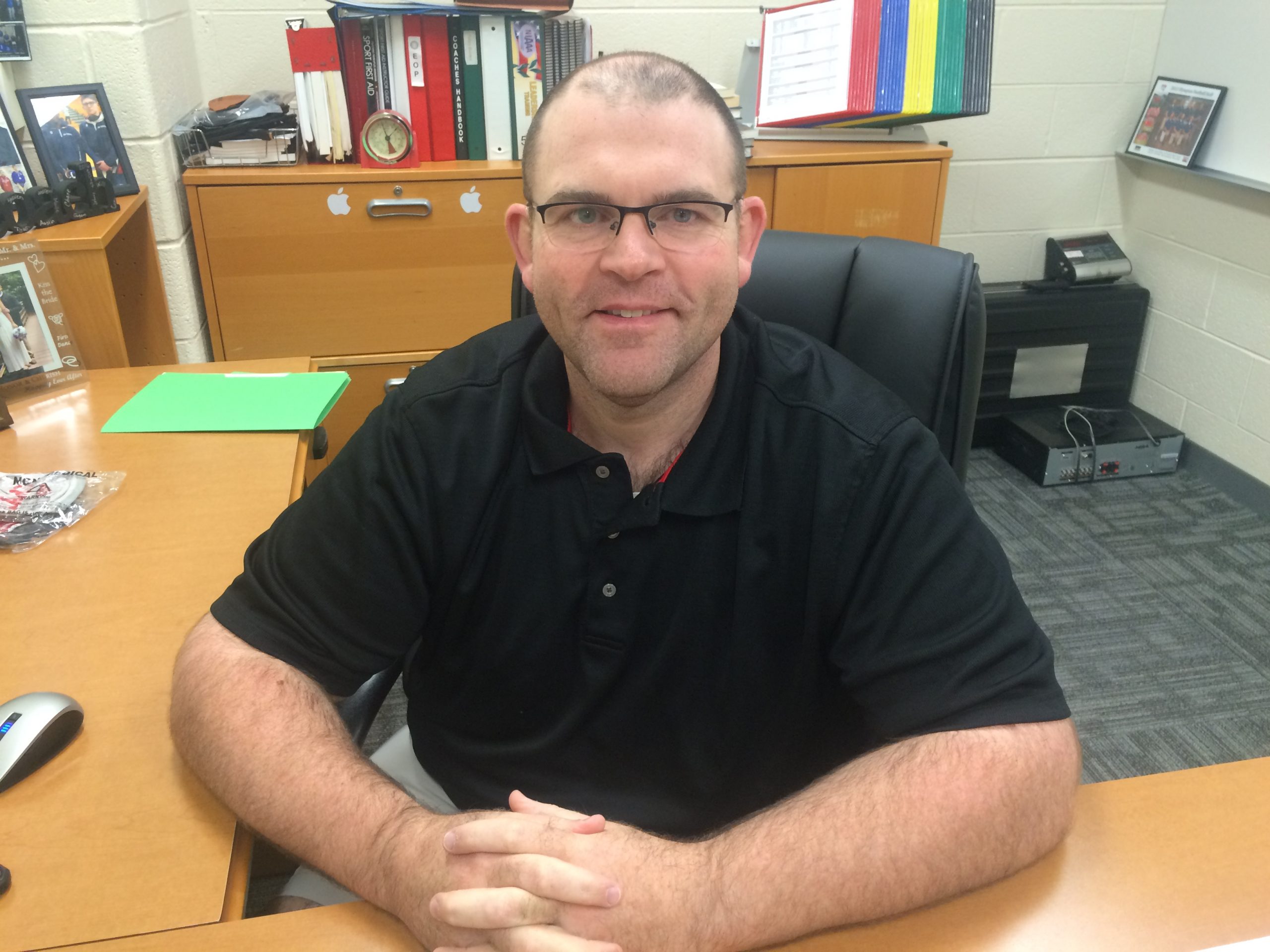 Rosemont >> Shawn Albert, the new Athletic Director at Harriton High School, reflected on what attracted him to the Main Line school after serving as the wrestling head coach at Jim Thorpe High School and principal at the Lawrence B. Morris School during the 2020-21 school year.
“It was kind of back-and-forth whether I wanted to leave the principal’s job in the Jim Thorpe School District to become athletic director at Harriton, but at the end of the day I know how much athletics and other student activities have done for me, and for a lot of the kids I’ve worked with,” said Albert. “This is kind of a dream opportunity for me.”
An Upper Moreland High School grad (Class of 2002), and a Bloomsburg University wrestler (heavyweight class), Albert worked in the Jim Thorpe School District for the last dozen years, serving as a school administrator the past five years.
Albert’s title at Harriton is Athletics and Activities Director.
“As a kid I was always involved in school activities, student government,” said Albert. “I just think the more that kids are involved in school activities, the better the experience they have at school, and it translates into the classroom. Mr. [Scott] Weinstein, Harriton’s principal, said to me in our opening meeting, ‘You know, when you look back at your high school career, it’s the [extracurricular] things you’re involved in that you lean on.’
“When I look back at my high school days, I lean on what my coaches taught me – the ability to work hard, to set goals, fight through adversity, understand that everything’s not always going to go your way. You might not even achieve your goals, but at the end of the day, it’s not about the destination, it’s about the journey – the things you pick up along the journey, the personal relationships. That’s probably the most important thing I learned as an athlete.”
During the past decade, a number of Harriton teams in various sports have achieved noteworthy things – for example, the girls tennis and girls lacrosse squads have captured PIAA state titles – while other Ram teams have struggled.
“We have some athletic programs at Harriton that have really done well, have achieved some high athletic standards and accolades,” noted Albert. “I want to see what they’re doing that’s creating such success for their kids, and try to pull from that and create success for other athletic teams. We’re not going to win at everything, but we’re going to try to become competitive in everything – that’s not a Shawn Albert thing, that’s something we need to do as a team, as an athletic department, all of our coaches.”
Albert helped build a successful wrestling program at Jim Thorpe.
“We only had six kids in the program when I took over in 2010,” said Albert. “By the end of my first year, it grew to 25 kids. In 2016, we produced a PIAA [Class 2A] state wrestling champ in Kevin Gentile, only the second state wrestling champion from Carbon County.”
Albert’s wife, Leah Shumoski, recently was named assistant women’s basketball coach at Jefferson University. A Marple Newtown High School graduate, she coached girls’ basketball at West Chester Rustin, Upper Merion and Penncrest (the past two years).
“I think it’s important for kids to play multiple sports,” said Albert. “Learning to compete together is important, and you can certainly transition from one sport to another.”
Albert replaces Tom Ferguson, who retired as Harriton athletic director in June after serving 18 years in that capacity.
“The fact that Tom was here for 18 years shows the commitment Lower Merion [School District] has to their athletic director and their coaches,” said Albert. “The student-athletes and coaches here have been very welcoming, very respectful both to me and to Sue Shannon, our assistant AD.”
Albert also is looking forward to his role at Harriton as Student Activities Director.
“One thing that excites me about Harriton is that they’re very accepting of new clubs – they take pride in ownership of, and development of, new clubs. We have a process here at Harriton where, if a student has a club they want to start, and there’s a participation base, we review it and see if it matches our vision for the school, then we go through the approval process.”