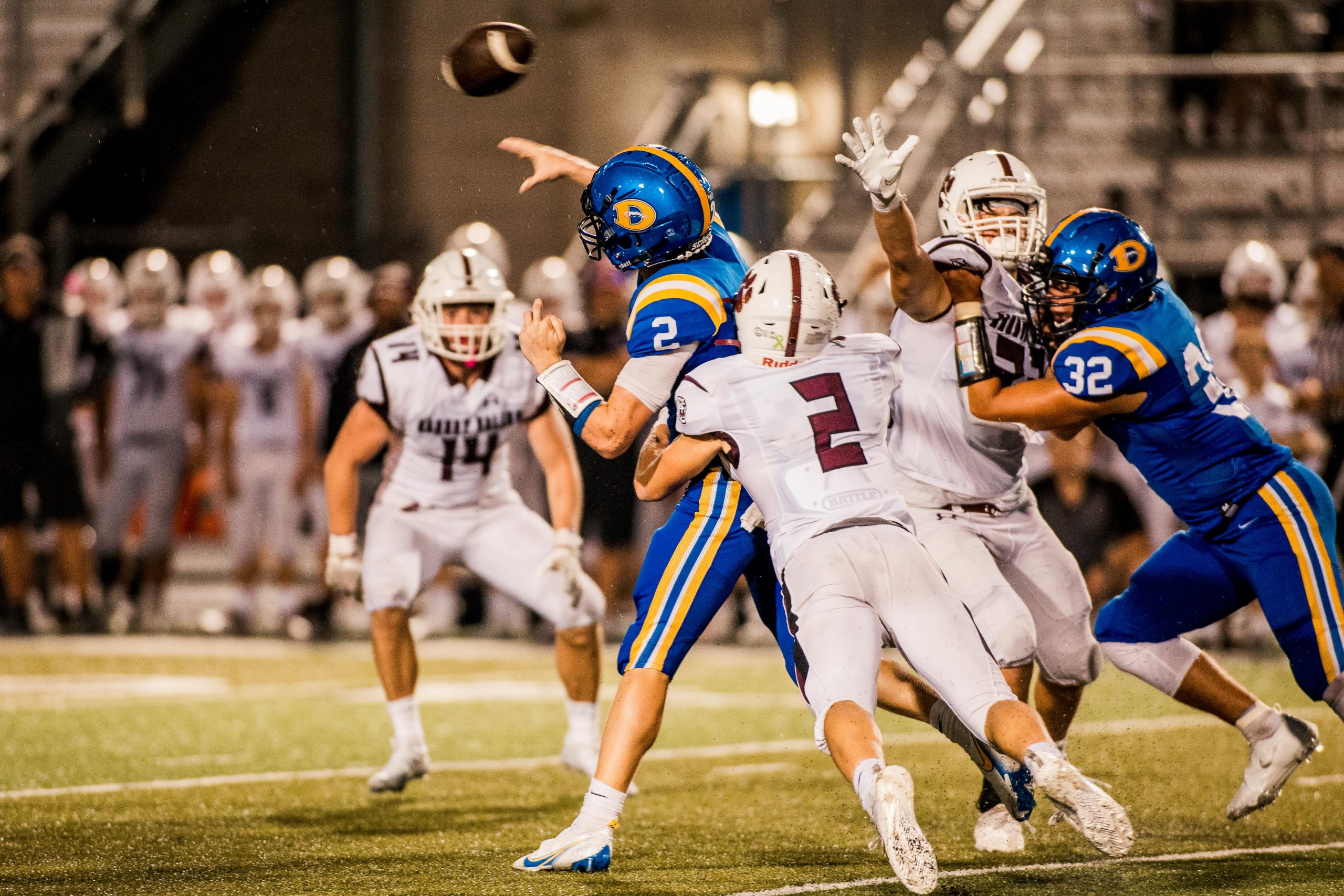 DOWNINGTOWN >> Downingtown West boasts one of its biggest offensive lines in its history, but Friday, in the season opener, Garnet Valley dwarfed the Whippets in physicality.

From the fourth play of the game — when Shane Reynolds broke free for a 61-yard touchdown, to the final drive — when the backups milked away the final nine minutes, 35 seconds, the Jaguars delivered quite the resounding message at Kottmeyer Stadium.

Garnet Valley dominated the line of scrimmage on both sides of the ball and cruised to a 41-7 win.

“We had a great offseason in the weight room, and we have goals we want to accomplish,” Garnet senior offensive and defensive lineman, Nolan Brennan, said. “We wanted to come out and show District 1 who we are and what we want to be, and I think we accomplished that.”

The Whippets have four linemen listed at 6-foot-4, 250 pounds and up, including Penn St. recruit Drew Shelton, but Garnet set the tone early with eight in the box, and pressured Whippet quarterback, Evan Wickersham, all night.

“They out-played us and out-physical’d us,” West coach Mike Milano said. “They’re good at what they do and executed double dive. We stepped in the wrong window and all of a sudden the band is playing … To me, it came down to five plays, but they out-played us all night and we made no plays, none.”

The Jags (1-0) have now won 15 straight regular season games, dating back to a 42-19 loss to West to start the 2019 season. The Whippets won the district that year, so Garnet is hoping its dominating revenge ends in similar fashion.

The season couldn’t have started worse for the Whippets, who, after giving up that long score on the opening drive, had their first offensive play tipped and intercepted by Drew Van Horn, who ran it in for a TD from 11 yards out.

Down 14-0 after 97 seconds of game time, West put together a drive that reached Garnet territory, only to have a personal foul penalty thwart any momentum.

The next two Whippet drives started at the Garnet 38 and 39, but the Jaguars stymied them each time, and responded with a 76-yard score from Max Busenkell to Sean Gallagher, midway through the second.

Garnet Valley’s Sean Gallagher breaks free for a 52-yard touchdown, his third of the night. (Nate Heckenberger – For MediaNews Group)

“The reason we play Downingtown West is, we want to play the best teams around and Downingtown West is always one of the best teams around,” Garnet coach Mike Ricci said. “We were hoping to play well and knew we were prepared and they’d be prepared. We made big plays early on, and (the big early lead) is not something you expect to happen, but we were hoping guys came out and executed and I’m pleased with the way they did.”

Busenkell and Gallagher connected two more times in the first half, once on fourth-and-14, for a 24-yard TD and again on a short catch that ended as a 52-yard score.

Garnet led 34-0 at half, averaging 15.1 yards per play on just 20 snaps, all while holding West to 74 yards on 24 first-half carries. The Whippets finished with just 83 rushing yards on 37 attempts.

“They’re huge,” Ricci said of West. “We have decent size, but we had a phenomenal offseason in the weight room, and against bigger guys, our strength really showed.”

Reynolds had a game-high 135 rushing yards on 10 carries, scoring again in the third to start the running clock.

West eventually scored early in the fourth on a one-yard run by Wickersham, but by then, the Whippets were already thinking how they can improve before Haverford School comes to town in a week.

“They put an extra guy in the box, and (CJ Wood) did a great job of finding windows and making plays all night,” Milano said. “They were daring us to throw and we had protection issues from the get-go. We think we have things shored up. We have some big kids being touted and we know every week teams are going to show up trying to prove themselves against them.”