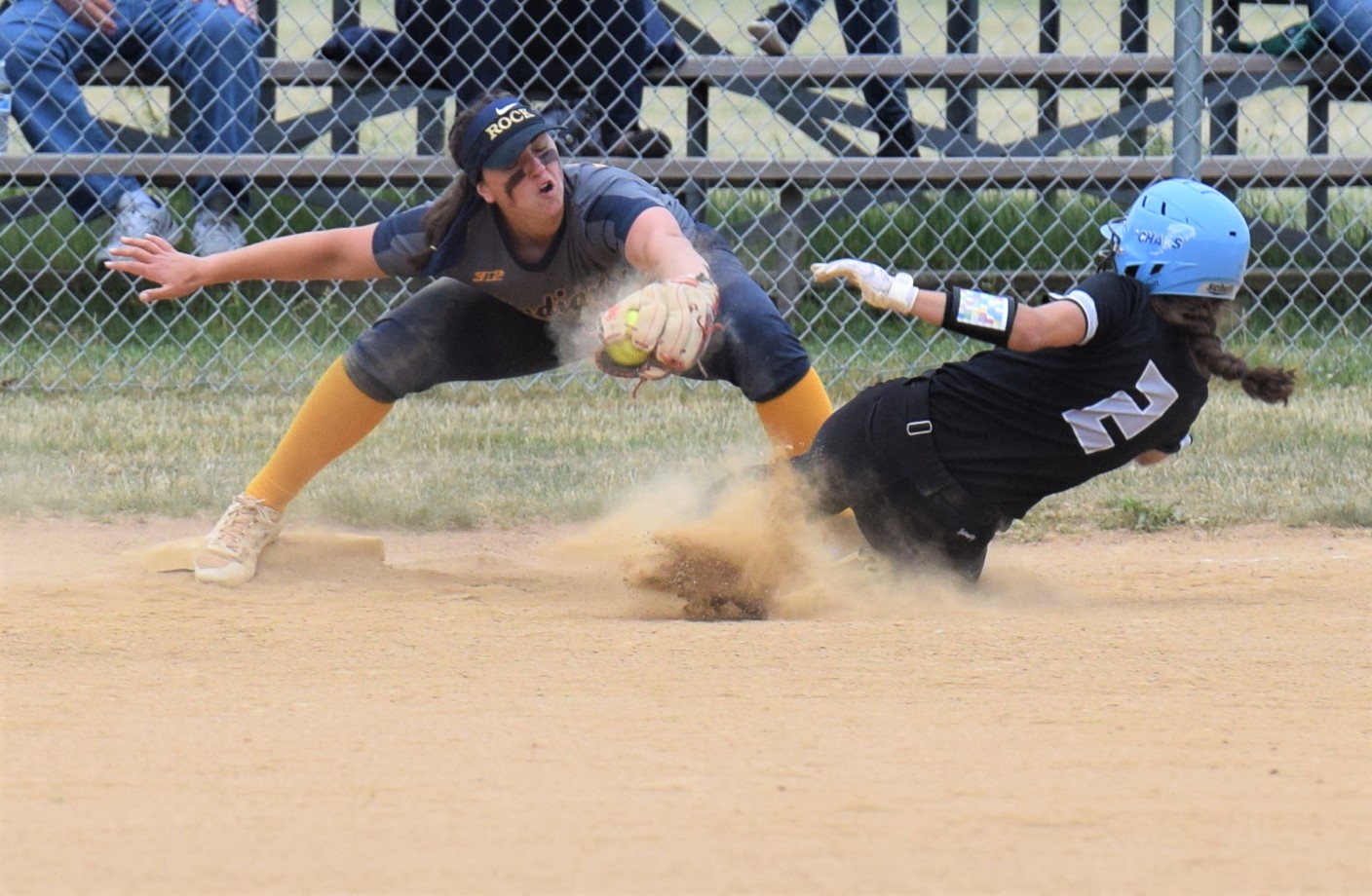 PENNSBURG >> Most teams are lamenting their lack of postseason experience this spring after last season’s cancellation.

Not the Upper Perkiomen softball team.

With six starters back from the 2019 team that placed third in District 1 Class 5A and reached the PIAA Championships, the Tribe have designs on another deep playoff run.

Despite jumping out to a six-run lead, No. 7 seed Upper Perkiomen had its hands full with No. 10 Strath Haven but ultimately came through in a 9-6 win in the first round of the District 1-5A tournament Monday.

Upper Perkiomen advances to face No. 2 Springfield-Delco on Wednesday for a spot in the semifinals.

“It’s a nice boost of confidence,” Joyce said of having so many returning players. “Everyone had the year off last year but with most of the team returning from my freshman year when we went to States, it’s great. Having a stronger older team is really helpful.”

Senior pitcher Croak went the distance while allowing seven hits and only two earned runs to go with 10 strikeouts and three walks.

Croak was making her postseason debut after losing out on the past two seasons – she was projected as Upper Perk’s No. 1 pitcher as a sophomore but suffered a torn ACL at season’s beginning.

“That definitely hit me hard,” Croak said. “I was ready to come back as a junior but obviously covid hit. I think it was a big hit on everybody for getting together as a team but we’ve been playing together since we were really little so I think that experience definitely really helps with the chemistry.”

The game looked like a rout-in-the-making as the Tribe jumped out to a 6-0 lead thanks to a five-run first inning highlighted by Elizabeth Proctor’s two-run double off Strath Haven’s Gen Kozub (6 IP, 14 hits, 9 ER, 1 K, 3 BB).

The game turned in the top of the third when first baseman Rachel Mohan lost the ball while tagging out Strath Haven’s Jessica Yohey (two RBI) on the first base line. The runner was ruled safe and allowed a run to score and load the bases. Croak limited it to just one more run – on a Hazel Kane walk – but got a strikeout to end the threat.

“A game can change in a split second so you never know,” Croak said. “Every pitch there’s a chance they’re going to hit it no matter what defense we have or how the pitching is. You just have to give it your all and go from there. Get the hits going and we’ll win.”

Strath Haven (12-9), whose most dangerous hitter was leadoff Audrey Kochanowicz (2-for-4, RBI), scored in its next four at-bats but could never find the big inning to completely come back despite cutting the deficit to three in the sixth inning.

“It got a little stressful sometimes but we trust Taylor and Taylor trusts us,” said Joyce. “We just do our jobs and work as a team together.”

Upper Perk (13-4) hopes to keep things rolling and continue its streak of PIAA tournament qualification that dates back to 2-17.

“We want to keep going strong, clean up the little things and play the best we can,” Croak said. “We just have to keep it going and see how far we can make it.”