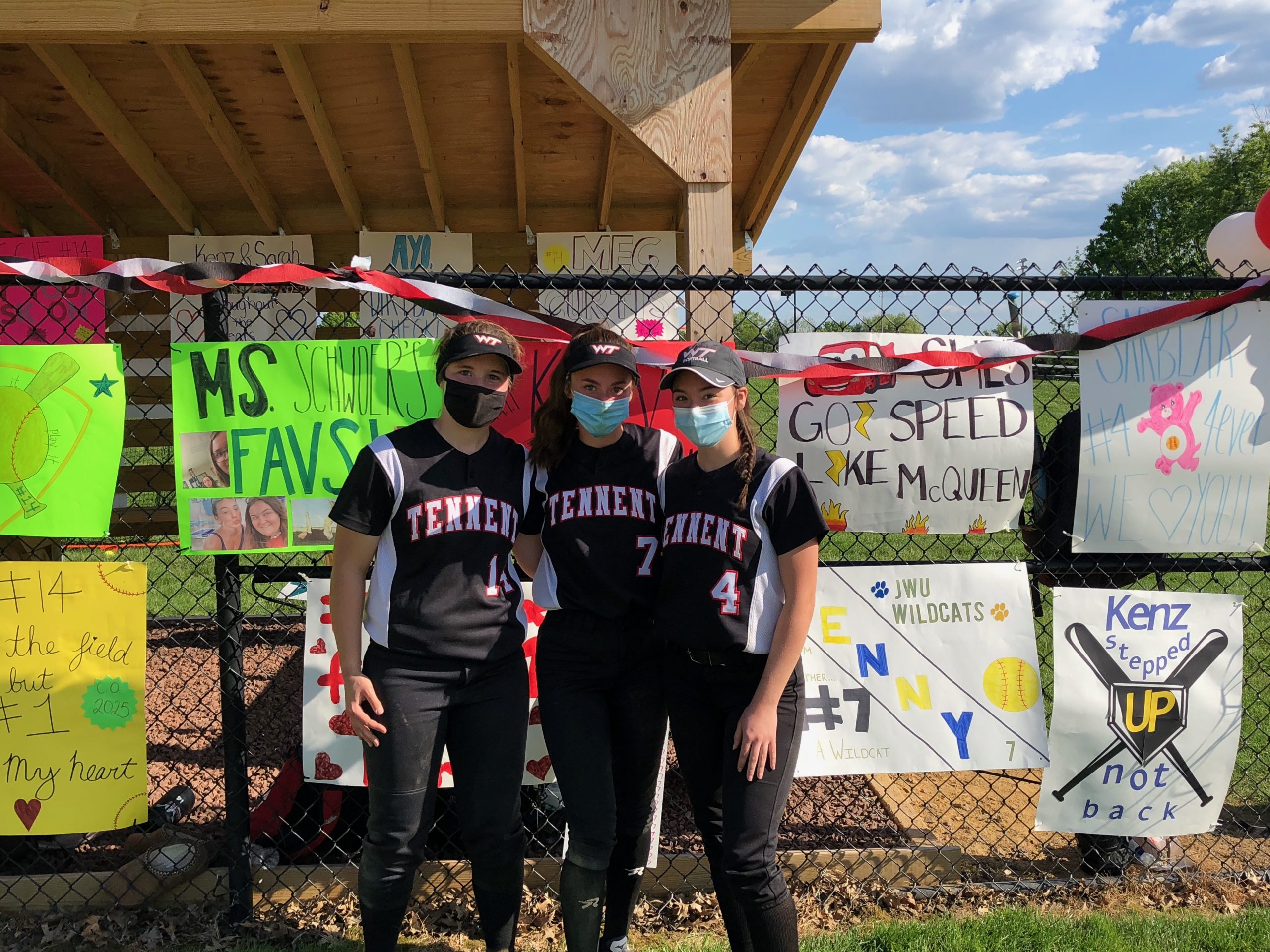 WARMINSTER >> No matter where their season ends and with all they’ve been through, Mackenzie Clee, Sarah Cummins and Meg Curtis can always call themselves champions.

The trio of William Tennent seniors made it that way by being at the front of the Panthers’ win over Upper Moreland Friday that assured them of no less than a share of the SOL Freedom title. They can win it outright with a win in either of their two remaining division games and the Panthers hope its the start of a postseason run.

Clee, Cummins and Curtis all chipped in as the Panthers topped the Golden Bears 12-2 in five innings for their fifth straight win.

“It was a big thing for us to do and a big goal of ours,” Cummins said. “It was also important, especially for Tennent. We get a bad rep for some of our sports teams and I think it’s a good thing, a positive thing for our team because now we can have that mentality that we can play with anybody.”

Clee, a lefty, got the start in the circle and aided by a double play from sophomore Gigi Demito, got out of the first scoreless then started the bottom half of the frame with a leadoff single. Anna Coulter brought her home with an RBI double, moved up when Curtis reached on an error and scored on a sac fly by Demito before Lainey Scolese capped a three-spot with another sac fly. The seniors agreed it was the best possible start to the game and emblematic of what their team has done well this spring. It was also a total opposite of how William Tennent’s (10-4, 9-4 SOL, 8-0 SOL Freedom) season started.

After qualifying for the playoffs in 2019, breaking a four-year drought for the program, the Panthers looked poised for a strong 2020 with a senior trio of future college players before COVID-19 cancelled the season. With this year’s three seniors the only returning players with significant varsity experience, Tennent looked like it could still contend before the 2021 season came to a crashing halt.

Tennent played one game on March 26 before several players tested positive, putting the Panthers on pause for a few weeks. While it was frustrating, the team stayed close, navigated a choppy restart and come on late in the season.

“It was definitely a little scary when we found out some of us tested positive but we found out pretty quickly we would get to play again, though we did lose about three weeks of practice,” Clee said. “When we came back, we definitely worked hard and we had a pretty packed schedule but we played through it.”

Since going 4-4 after resuming their season on April 16, Tennent has won five straight with three to play starting with Saturday’s game against PCL leader Archbishop Ryan. The Panthers entered play Friday in the No. 22 spot in the District 1 Class 6A rankings, but the win moved them to No. 19 and should help them secure a place in the 24-team bracket.

Upper Moreland (8-9, 7-8 SOL, 7-2 SOL Freedom) needed a win to keep its hopes of sharing the conference title alive but also for its postseason chances. The Golden Bears were No. 5 in District 1 Class 4A with only the top four teams advancing to the playoffs. The visitors didn’t get their first hit until shortstop Natalie Walton’s one-out single in the fourth and didn’t score until an error allowed a pair of runners to come in on a Panthers error in the fifth before Clee grabbed a pop-up back to the circle for the game-ender. Senior Chloe Kramer doubled and senior Gabrielle Wiley drew three walks for the Bears.

Tennent piled on in the second with the damage coming from the seniors. Clee, who plays outfield when not pitching, ripped a two-run single into left with the bases loaded, scoring freshman Katie Laplaunt and Cummins, then scored on an RBI triple by Curtis two batters later with Coulter sneaking in sac fly between them.

“Except for us three, this was technically everyone else’s first year playing varsity,” Curtis, who played third base on Friday, said. “It’s good that everyone gets that experience and we had the chance to get used to playing together as a team.

“We think we have a strong team so getting to the playoffs was a goal.” Tennent didn’t score in the third but put the game away in the home half of the fourth inning, this time with the underclassmen doing most of the work. Curtis singled home Clee to give the seniors a couple more stats but it was a youth movement after that, with sophomore second baseman Demito clocking a three-run home run to center field and No. 9 hitter Ella Mednick, a freshman, delivering an RBI single that scored sophomore Olivia Clee for the eventual winning run.

With the postseason approaching, the Panthers believe they can give whatever opponent they draw a game.

“We have the mentality that whoever we’re playing, they’re the same level as us,” Cummins, who will attend Bucks County Community College in the fall, said. “It’s not like we look at anyone like ‘this team is so good, there’s no way we’re going to win,’ but even if we play a team that may not have as good a record as us, we look at them as on the same level as us. Every game is important.” The team’s motto this season is “step up or step back” and Mackenzie Clee, who has committed to play at Johnson and Wales University, said the underclassmen have stepped up as hitters. Curtis, who also pitches and is attending Stevens Institute of Technology next year, also cited the team’s chemistry as something that helped the Panthers navigate the spring.

“We have confidence we can execute as a team, we’ve really come together,” Mackenzie Clee said. “Whether we’re playing defense or offense, we pick each other up and I’m really excited to see what we can do.”