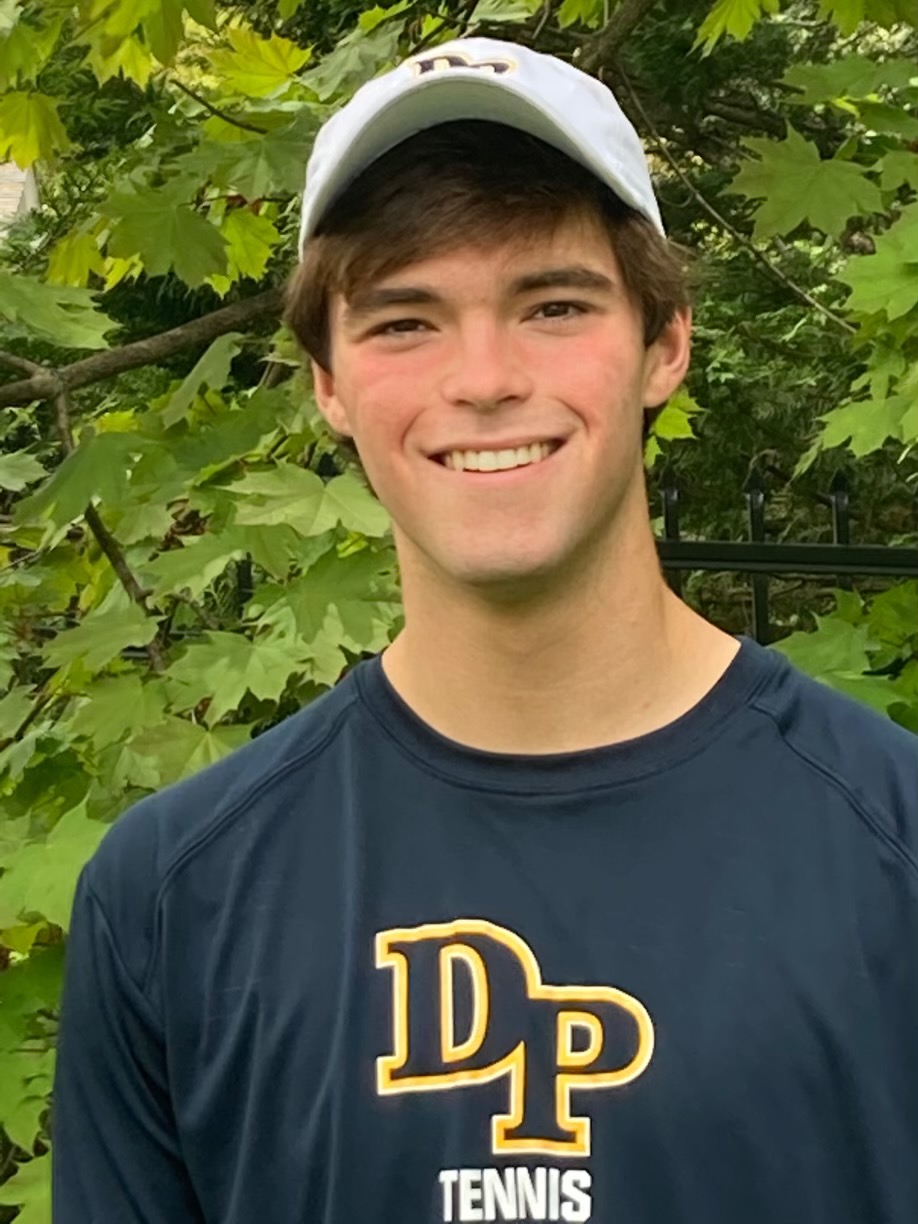 The junior No. 1 singles player is undefeated for Devon Prep this spring, helping the Tide reach the Catholic League championship finals for the first time ever. He was named the Catholic League’s Most Valuable Player for boys’ tennis as a freshman, holds the school record for wins in a season and was a district finalist as a freshman. Off the court, he is President of his junior class at Devon Prep and Model UN President as well. He also participates in Academic Competition Team, Mock Trial, and the Stock Market Club.

Q: What did it mean to you to be named the Catholic League boys tennis MVP as a freshman?

A: Going into my freshman season, I was nervous and unsure of what to expect, but Devon had an awesome team culture that made playing truly enjoyable. Being named MVP at the end of my freshman season was a great way to honor my team.

Q: What (in your opinion) has been the best match of your Devon Prep career to date?

A: The best match of my Devon Prep career was against Lasalle College High School this spring in the Catholic League tournament. Lasalle had won the PCL championship for tennis for the past 14 years, and when Devon beat them as a team, to advance to our first PCL championship ever, it was without a doubt one of the best moments of my tennis career.

A: The best part of my game is my serve. Recently, I have been working on my volleys, so that I serve and volley more effectively.

A: My favorite tennis player is Roger Federer, with his calm mental game and class being unmatched. I try to pattern my serve and volley off of him, though not quite as effectively.

Q: Tell us a little about your start in tennis. Who have been your top tennis mentors, and what was the most important thing you learned from each of them?

A: I started tennis when I was 6 years old when my mom first taught me. My top tennis mentor has been Sanjin Kunovac in 2019. Sanjin’s knowledge of the game is unlike any other, and he taught me to serve, move, and strategize more effectively.

Q: What is your favorite tennis venue, and why?

A: My favorite tennis venue is Wimbledon in England. Going there was an experience I will never forget, though the Australian Open is a close second.

Q: What is your favorite course at Devon Prep? Is there a career path that particularly appeals to you at the present time?

A: My favorite course at Devon is Economics class, and in college, I intend to study business and/or economics.

Q: What accomplishment as president are you proudest of during this past school year?

A: My proudest achievement as president of my junior class would have to be helping set up the Prom.

Person I admire most, and why: “I admire my mom, Meghan. She’s always there for me no matter the circumstance and has helped me grow into the person I am today.”