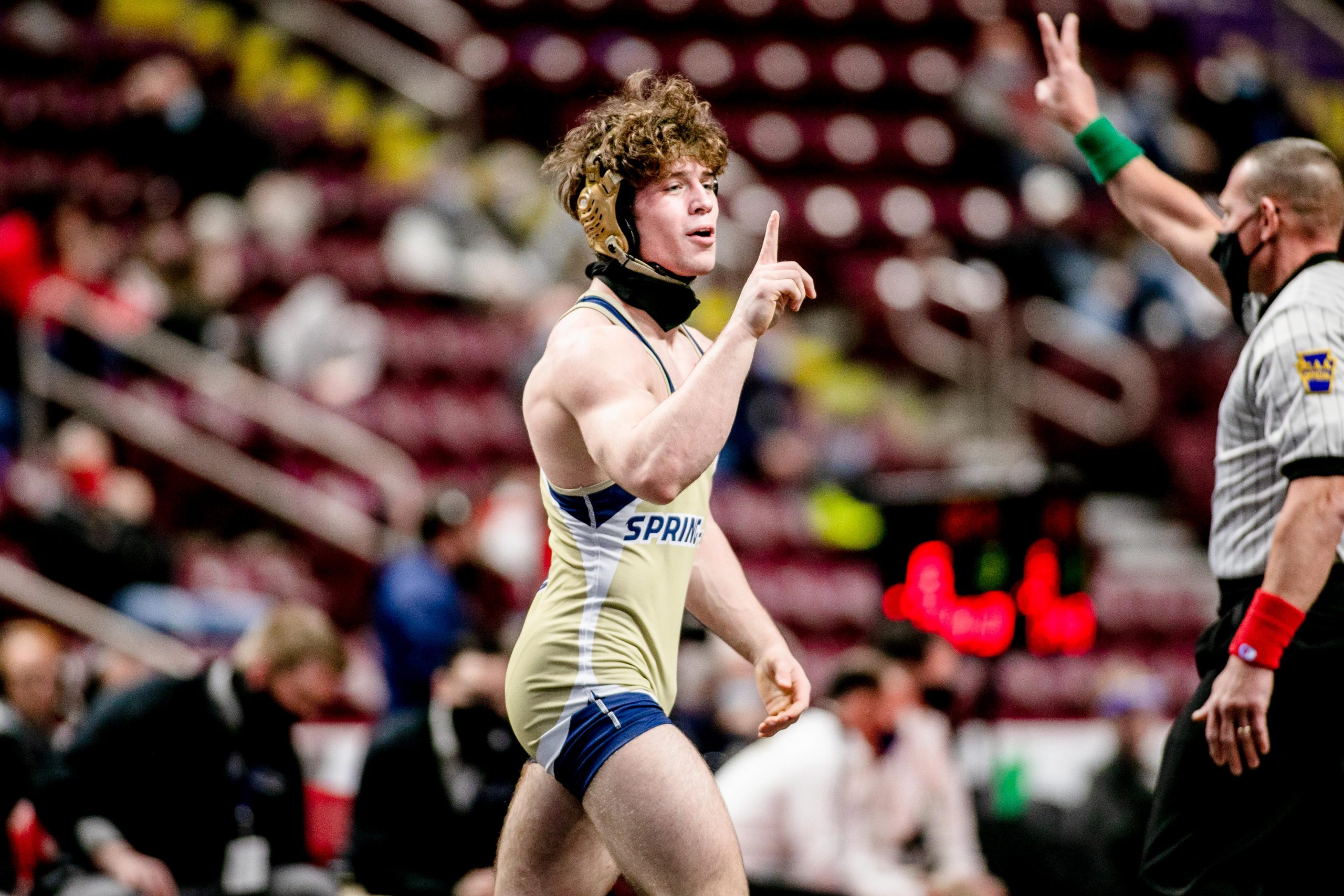 It will make a fine finish to an exceptional season.

The Spring-Ford wrestling team will close out its best campaign in program history Saturday, when it heads west to Mechanicsburg for the PIAA Team Championships being held at Cumberland Valley High School. The Rams (13-0 overall) are in the four-school Class AAA field, shooting for a championship in their furthest advance through the state duals all-time.

Spring-Ford, a repeat District 1 team champ, will face District 3 titlist Central Dauphin (18-0) in one 4 p.m. semifinal, with Waynesburg Central (14-0) and Williamsport (12-6) going in the other. The championship and third-place finals will follow at approximately 6 p.m.

“We had a lot of kids returning,” head coach Tim Seislove said, “so we just had to fill some holes to get back to the state duals. It helped they took only district champions.”

Central Dauphin has District 3-AAA (Section 2) and South Central AAA Regional team championships to its credit. It qualified for the state semis with Wednesday’s 29-26 victory over Bethlehem Catholic (11-1).

The Rams, who hail from the Harrisburg area, had one individual PIAA medalist in Matt Repos. The sophomore (26-5) placed seventh at 126, his second time medalling at Hershey.

Waynesburg Central came into the 2021 season as a favorite to lead Class AAA, and it validated that contention in a big way.

The Raiders had six wrestlers win individual medals, led by state champions Wyatt Henson at 145 — a repeat state champ and three-time medal winner — Matt Church at 120 and Luca Augustine at 172. Cole Homet (138) and Rocco Welsh (152) were runners-up in their weight classes, and Colton Stoneking was fifth at 132 in helping WC score 100 team points to outdistance second-place Hempfield Area (57).

“They’re tough … by far the best team,” Seislove said of the Raiders, who have yielded no more than 13 points to any dual-match opponent this winter.

They are coming off Wednesday’s 54-12 victory over Erie Cathedral Prep in the quarterfinals and also have a South West AAA Regional team championship to their credit.

Williamsport was the District 4/9 team champion and a narrow 33-32 winner ove Bellefonte Wednesday. Its top individual is sophomore Cael Nasdeo, state runner-up at 106, with Riley Bower sixth at 145.

Alongside Spring-Ford’s top grapplers — Milano (21-0) and McGill (23-2), Cole Smith (106), Dominic Ortlip (113) and Zach Needles (152) — are two middleweights who didn’t make the cut for the individual postseason. But Gus Carfagno and Ryan Lepore were key to the Rams dispatching Delaware Valley,

Carfagno’s major decision at 132 and Lepore’s overtime pin at 138 combined with Quinn Smith’s decision at 126 to reverse a 15-9 deficit into a 21-15 lead SF didn’t yield down the stretch.