Messages sent by Ches-Mont powers at District 1-3A South 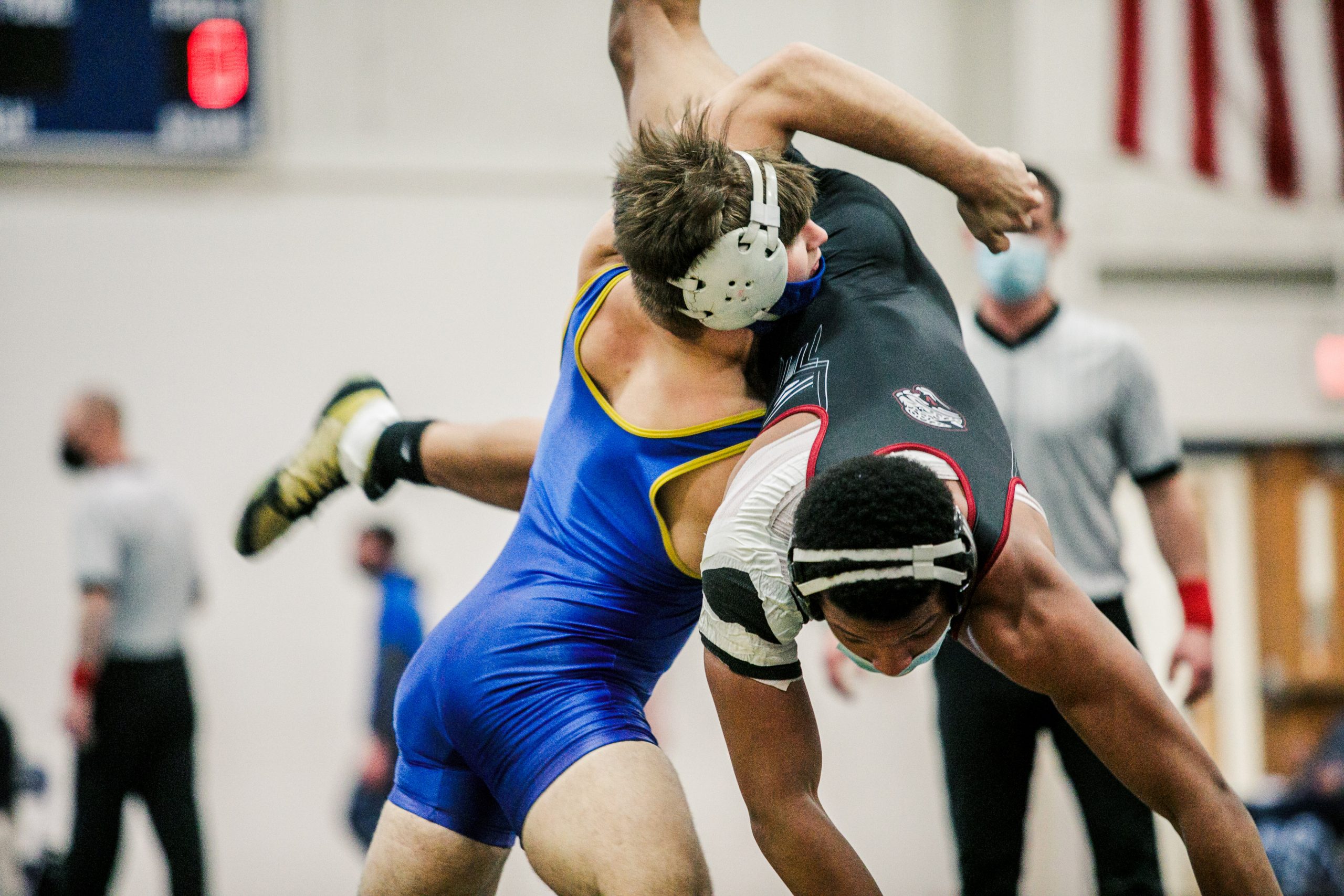 ASTON >> While the District 1-3A South finals were wrapping up, three of the Ches-Mont League’s finest posed for a picture with Downingtown West assistant coach, Chance Marstellar.

The Ches-Mont crowned six champs at Sun Valley High, five locally, and did it in overwhelming fashion. That was, after all, the plan.

“I’m here, and I’m here to take heads,” Lucier announced. “I’m here to get to the top of the (state) podium and winning here is part of the process that’s gotta be done.” After a major decision in his opener, Lucier (132 pounds), poured on the points against his next two opponents — Owen J. Roberts’ Mason Karkoska and Garnet Valley’s Griffin Hollingsworth — before decking them in the third.

“I think if I sit back and win by five or six, that’s not good enough,” Lucier said. “I want to dominate guys.”

McMonagle (145) was just as supreme, using a pin and a technical fall to get to the finals before putting Garnet’s Chris Wood away in the first period.

“I got off to a slow start,” said McMonagle, who’s scored bonus in all 12 of his bouts this season. “I finally got a nice single and got to work on top. I punched a bar and secured the fall.” Henderson qualified a tournament-high seven top-four finishers to the Southeast Regional, next Saturday, and McMonagle’s title was the last of four straight won by the Ches-Mont.

Findora (126) started the run by shaking off an early takedown by Interboro’s Nate Shippey and walked away a 12-5 winner.

“I was talking to Chance before the match and he kept telling me if I moved my hands and feet, the points would come,” Findora said. “He said if I stayed on my attack, they were gonna fold. I just tried to score as many points as possible and came out with the win.” Downingtown West’s Dom Findora tries to hold onto Interboro’s Nate Shippey in a 12-5 win in the 126-pound final. (Nate Heckenberger – For MediaNews Group)

Downingtown East’s Matt Romanelli (172) faced zero adversity en route to his second straight sectional title. He pinned his first two foes in under a minute and then finished Garnet’s Desmon Perry in the first period of the finals.

“I definitely wanted to stay on my attack the whole time, but it’s not just about putting points on the board,” Romanelli said. “I like to be physical and rough and wrestle tough. With regionals coming up next week, I wanted to set the tone that, to beat me, it’s gonna be a war.” Kennett sent a school-record, five, to regionals, and placed fifth as a team, with Trent Kochersperger (138) its lone champ.

Kochersperger was a bit more methodical than his league peers, edging Penncrest’s Nikko Partsanakis, 4-2, in the semifinals, and then holding on for a 6-4 win over Palmer Delaney of Henderson. Delaney knocked off Boyertown’s Chance Babb, a returning state qualifier, to meet Kochersperger in the finals.

If the other local champs were out to send a message, Kochersperger was grateful to receive one, all while still winning a title.

“I need some of that Nate Lucier-attack,” Kochersperger joked. “He never stops moving. … I need to work even harder this week. Those last two matches proved my stamina could be better.” Kennett’s Trent Kochersperger gets around West Chester Henderson’s Palmer Delaney in a 6-4 win in the 138-pound final. (Nate Heckenberger – For MediaNews Group)