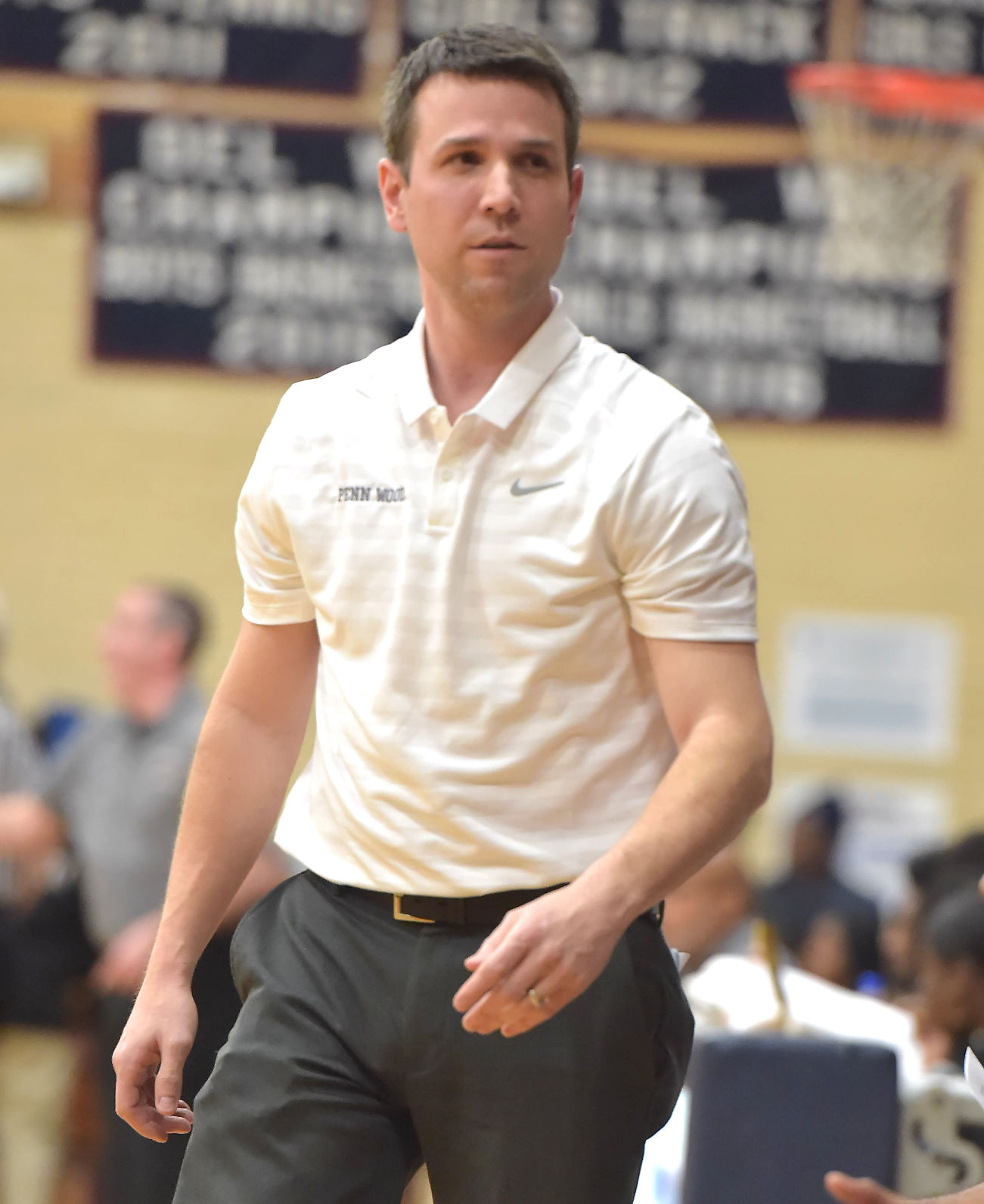 Penn Wood boys basketball coach Matt Lindeman doesn't know how a compacted season will go when it begins later this month, he just knows it will be a welcome outlet for his players. (Pete Bannan/MediaNews Group)

For most of the sports world, the final normal day of 2020 before the onset of COVID-19 closures was March 13, the second Friday of that month.

The curtain fell a week earlier at Penn Wood. The last organized varsity sports event in the district, Penn Wood boys basketball’s loss to Archbishop Ryan in the first round of the PIAA Class 5A tournament, is now more than 10 months in the past. It preceded the near-global cancellation of the spring sports season throughout Pennsylvania and the Del Val League’s unique decision to push its fall competition to the spring.

That massive hiatus has created a profound challenge for winter coaches like Matt Lindeman, the Patriots’ boys basketball coach, just to get everyone on the same page and back in the gym for a season.

The upshot to those difficulties is an inherent opportunity: winter sports are coming back. In the Central League, basketball scrimmages will start this weekend, with regular season game beginning as soon as Tuesday, Jan. 12. The aim is for a league-only season of 10 to 12 games. With the length of a normal season being 22 games and District 1 in the fall electing to remove the 50 percent threshold as the minimum required contests to qualify for the postseason, teams could have the option to compete in district tournaments if they get through a majority of the season.

Wrestling competition in the Central League is targeting a Jan. 13 start, while swimming will start later in the week. Some Central League schools could elect to return slightly later. The Ches-Mont League is attempting a similar league-only schedule for basketball.

The Del Val, meanwhile, is undertaking a modified league-only schedule as well. The target is to restart games in the third week of January, with an aim for eight to 10 contests. Lindeman’s goal for Penn Wood, which went 16-10 and was the District 1 runnerup last year, is clear: It’s about the kids.

Not only has it been 10 months since the last Penn Wood sports test, it’s been that long since kids have been in school, said Lindeman, who teaches at the high school. The William Penn School District has remained all-virtual through the fall and is phasing in a return to in-person learning in the coming weeks.

Lindeman, a Penn Wood alum, understands better than most the heightened role sports plays in the district as a community glue. COVID-19 has hit hardest in communities like Lansdowne. In addition to the challenges of remote learning, Lindeman has seen a number of his students and players have to work to help support their families during difficult economic times.

The routine of sports, beyond the bromide of keeping kids out of trouble, is an inducement to keep on top of studies and provides an enjoyable routine in tedious weekly schedules.

“It’s very hard,” Lindeman said. “We’re a program that, we’re in the gym almost 12 months a year. So that’s been an adjustment, not being in the gym, and it’s definitely really hurt our kids. Our program helps give the structure, helps with everything in their life, and gives them some fun with the challenging lives they’ve lived. It’s been tough on both ends, on our end and on our kids not having basketball.”

Lindeman’s interaction with his players has been limited. They were in the gym briefly in the late summer for voluntary workouts before the decision to keep the building closed and postpone athletics for the fall. The late fall also allowed a short window for workouts before the surge in COVID-19 cases around Thanksgiving re-intensified restrictions.

That stop-start nature isn’t great for anyone’s psyche. It’s why Lindeman approaches the start of the season with some doubt as to who’ll be at tryouts, and who might be able to accommodate basketball into their new normal during a pandemic. But the objective is clear: Nothing in this pandemic is guaranteed, so whatever the Penn Wood basketball program gets, it’s going to make the most of it.

“As a staff, our message has been, this is just about playing, having fun and we’ll go from there,” Lindeman said. “Because there’s just so many unknowns with what this is going to look like.”