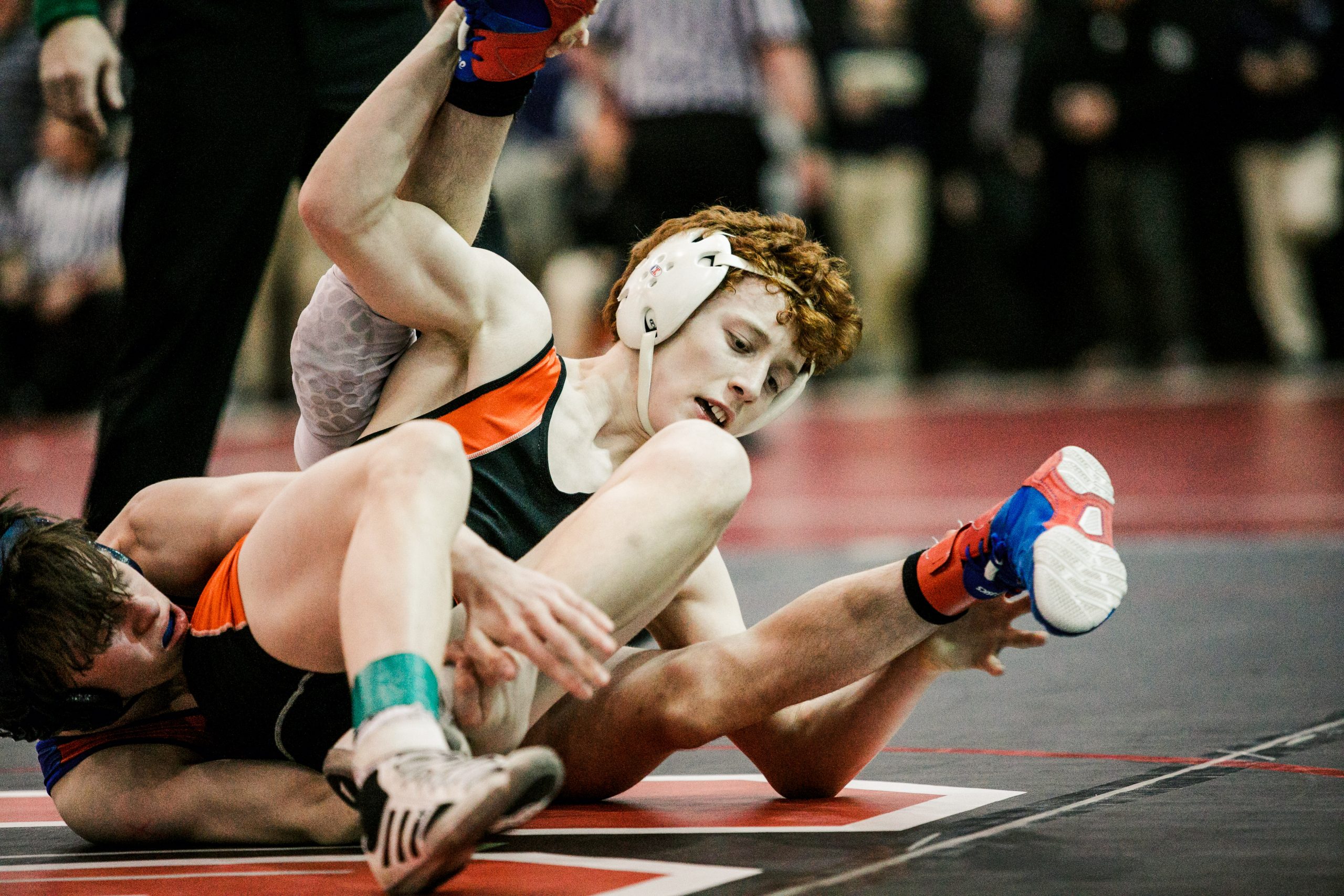 Perkiomen Valley's Kelly Kakos works on a takedown against Neshaminy's Calvin Lederer in a 6-3 win at 120 pounds. (Nate Heckenberger - For MediaNews Group)

Dave Thomas came to the area in 2018, for what he thought would be a short-term, work-related move but ended up becoming a permanent one. This year, Thomas became head wrestling coach at Perkiomen Valley, moving up from the district’s middle-school coaching ranks.

Thomas was recently named to replace Jared Dubbs, who stepped aside after being part of the program the past eight years — six as head coach. It will be his fourth head-coaching stint in the past 21 years, having led wrestling programs at the high-school and college levels prior to heading PV’s Middle School-East team.

“I thought it was going to be a temporary move,” Thomas said of his relocation to the area in 2018. “I was working at SCI (State Correctional Institute) Phoenix in maintenance. Then the manager left, and I ended up being hired in September as maintenance head.”

The urge to get back into coaching wrestling — his last previous involvement was as assistant at his alma mater, Waynesburg Central — started with his becoming head coach of the Perkiomen Valley Middle School-East program in 2019. Thomas had considered applying for the head coach opening at Boyertown High before pursuing the same post at PV.

“I wanted to get my feet wet in coaching here,” he said.

Thomas was a standout wrestler at Waynesburg Central, located in Pennsylvania’s southwestern corner. The 1991 graduate compiled a record of 119-12 in four years of competition as a middleweight. He was a three-time medalist at the PIAA Tournament: A 135-pound state champion in 1989, bronze medalist at 135 in 1990 and runner-up at 145 in 1991.

“When I was wrestling on my feet, I liked drags (arm to foot sweep),” he said in description of his technique. “I worked underhooks and getting wrist control. When I was on bottom, I’d go for standups. When I was on top, I’d go for arm bars, power halves and cradles.”

His scholastic success got Thomas onto the Clarion University (Pa.) wrestling team in 1992, where he started as a true freshman at 142. He was part of a Golden Eagle program that won six of its 14 Pennsylvania State Athletic Conference championships between 1981 and 1994 — its most recent in 2010 — and was an alternate to the NCAA Tournament his lone collegiate season.

Thomas started his mat coaching career at his alma mater, serving as Waynesburg Central’s assistant coach of the Grade 7-8 team between 1991 and 1994. He went on to be both an assistant and head coach at Charleroi High School (1997-99) and the then-Waynesburg College, assisting in 1999-2000 before heading the Division III program from 2000 to 2006.

Thomas then returned to Waynesburg, logging three seasons (2007-10) as an assistant coach.

His success as a wrestler notwithstanding, Thomas doesn’t make that part of his coaching approach.

“I try not to push technique on any one kid,” he said. “They’re still learning wrestling. I just show them what I’ve done.”

Thomas takes over a PV program that was 2-3 in the Pioneer Athletic Conference’s Liberty Division and placed fourth in the District 1-AAA North tournament. Its top returnees are sophomores Kelly Kakos (32-10), a district champion at 120 and a South East AAA Regional qualifier; and Grant Euker (20-11), fourth at 160 at districts and also a regional qualifier.

Gavin and Corson Pascoe, who previously were wrestlers at Parkland Junior High, also join the Vikings.

Thomas will be assisted by Tim Walsh and Dylan Yutko. Walsh, a 1985 Methacton graduate and varsity wrestler there, had been the Vikings’ head coach seven seasons (2007 to 2014), compiling an 84-63 record.