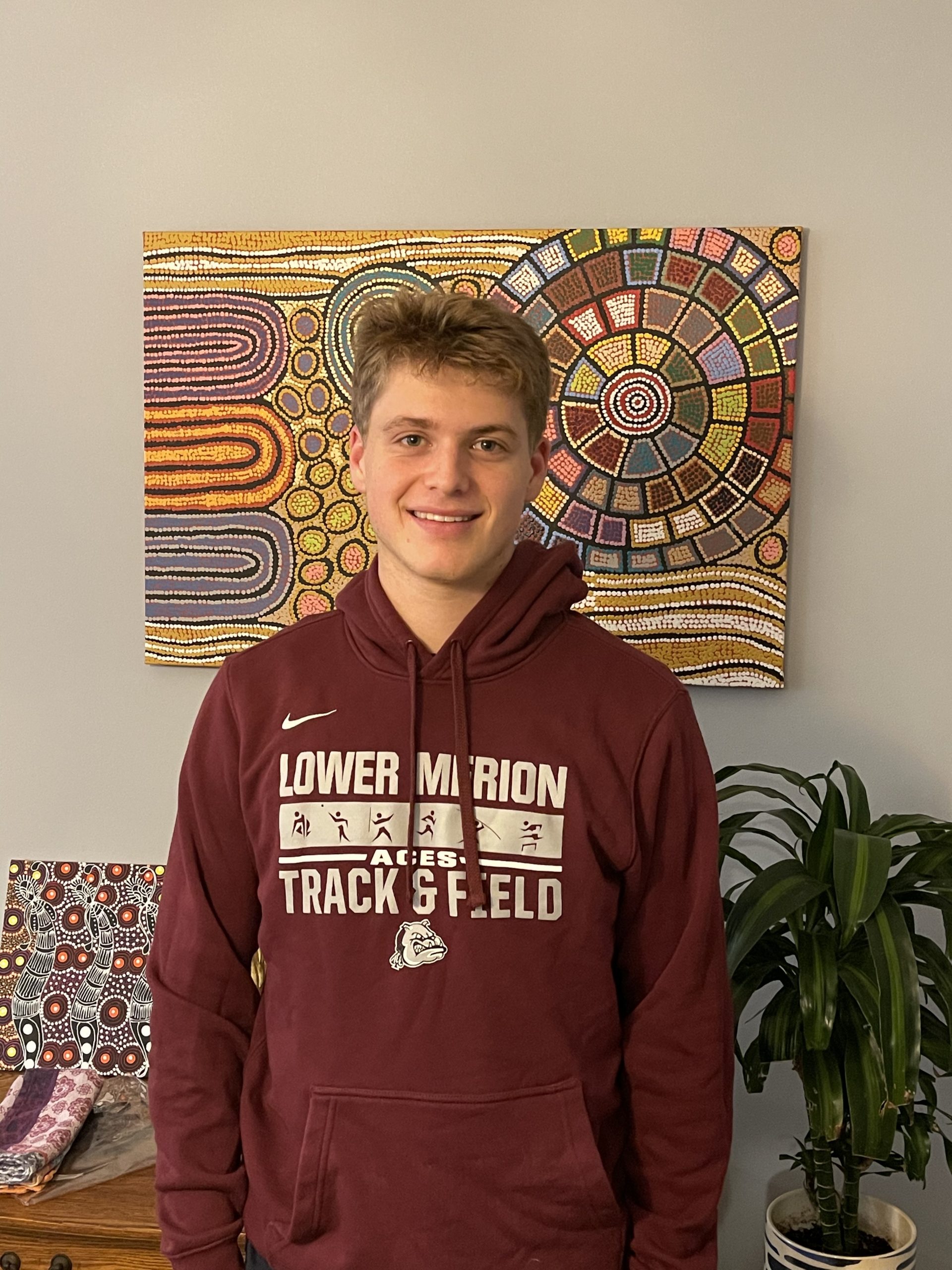 A senior captain, Trey (TJ) Gannon finished second at the Central League Cross Country Championship Meet, just 0.6 seconds behind champion Charlie Miller of Conestoga. Gannon helped lead the Aces to an undefeated season and a first-place finish at the Central League Championship Meet, and he earned the honor of first team All-Central League. Lower Merion boys’ cross country coach David Van Houten said, “As a captain, TJ helped keep the team motivated and focused through summer training and early in the fall when the competitive season was in doubt.” Gannon’s two siblings, Andrew (a sophomore) and Anny (a freshman) both run for Lower Merion’s cross country teams.

Q: You mentioned that your best race this fall was the Central League Championship Meet. What was the key to your performance that day?

A: The key to my performance was following the race plan my coaches, David Van Houten and Neal Berman, set for me. I worked together with my teammates to stay controlled at the start, then we made a move and dropped most of the front group on the hill at the start of the second mile.

Q: What was your most vivid memory of the Central League Championship Meet?

A: My most vivid memory was in the last 50 meters where I was giving it everything I had, but knew I was not gonna be able to catch the guy in front of me. After I finished I remember turning around and seeing my teammates all finish in the top 21, and I knew we executed the race plan.

A: Of course, we would’ve liked to run at States and think we would have done very well, but understand why we were limited to league competition. That said, we still had a great season competitively, scoring 29 points as a team at Centrals with our fifth man, Robert D’Aquila, coming through in 11th place.

Q: Tell us a little about the biggest challenge you faced as a cross country team captain in keeping the team motivated and focused through summer training and early in the fall when the competitive season was in doubt.

A: There were actually no challenges with motivation on anyone’s part. The team this year was extremely focused on being the best we could be and despite the lack of meets we all pushed each other.

Q: Tell us a little about your running shoes, the type of shoes you favor, and why.

A: My favorite running shoes are the Nike Infinity Run. I’m on my fourth pair right now, they are super comfortable and are said to reduce injury rate.

A: My favorite place to run around here is Valley Green along the Wissahickon. The trails are cool and shaded, super fun to run on, and usually not crowded.

A: My speedwork, because I need to improve my leg speed. I also need to work on staying focused through the entirety of my races.

A: I wake up an hour before I have to get on the bus, eat a good breakfast and listen to music from then until it is time to start warming up.

Favorite place to visit: The beach.

The person I most admire, and why: “My parents (Trey and Amy) – their athletic work ethic helps inspire me to apply myself to running.