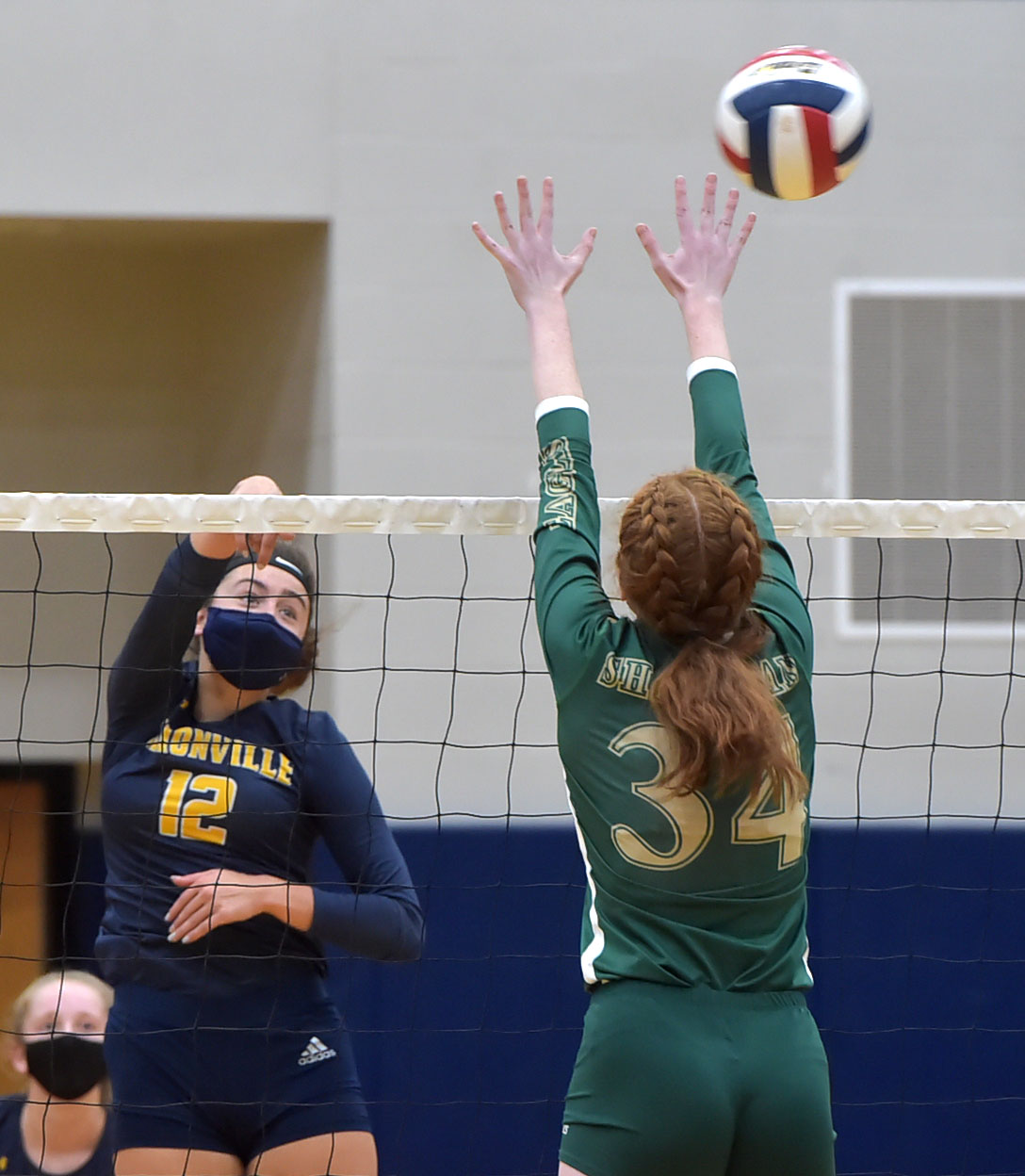 EAST MARLBOROUGH – It’s not commonplace to have a team on such a roll that it’s biggest threat is complacency.

On Saturday, in the quarterfinals of the PIAA 4A Volleyball Tournament, host Unionville rolled over District 12 champion Archbishop Carroll so thoroughly, the only real challenge was maintaining focus while closing it out 3-0.

“We never go in thinking we are going to beat a team easily, but we were pretty confident,” admitted UHS sophomore hitter Maddy Lowe.

“It’s state quarterfinals and I was expecting a tough (opponent) to come out, but our girls are ready,” added head coach Stephanie Smith.

It took less than an hour to wrap up the 25-12, 25-6, 25-18 victory, and now District 1 champion Unionville storms into the final four with a 13-0 record and some momentum. The likely semifinal opponent on Tuesday is District 11 powerhouse Parkland.

“Our goal is to get the state final, so we are focused,” said junior setter Emma Yin. “We also wanted to run through some things today and get ready for the next round.”

The Patriots (5-4 overall) had trouble with serve receive and had no answer for Unionville star Sophie Brenner. As a result, Carroll got off to a slow start and never recovered.

“They have a bunch of weapons and we certainly didn’t have as many.”

Ahead two sets to none, Unionville opened an 11-2 lead in the third set only to have Carroll surge back. At 16-13, Brenner implored: ‘energy, energy – come on,’ and UHS responded to win nine of the final 14 points.

“A letdown is always in the back of your mind, but I was so reassured with the way our players came out. They were excited to be here,” Smith said.

“My message to the girls after the second set was that we have to try to perfect our own game so that we’ll be ready for whoever we face moving forward.”

Now just one win away from playing for the state crown, the squad is also on the precipice of doing something no other Unionville volleyball team has ever done: win two times in the state tourney.

“This is the year,” Lowe predicted. “This is the best we are probably going to be in a while, so we are super excited.”

It was a business-like performance in the first two sets for UHS, who has now won 39 of 42 sets this season. It was 5-0 when McCann called his first timeout, and Unionville went on to win the opener easily thanks to six Brenner kills and four service aces. And then things got even worse for the Patriots in a lopsided second set.

“We are usually strong on serve receive, but I just felt we really never got going,” McCann said

“It did surprise us a little bit, especially how easily we won the second set,” Yin added.

“(Serving) is one of the things we’ve been working on in practice,” Smith said. “We want to do anything we can to improve just a little bit and make us a little stronger for the next match.”

Unionville never trailed on Saturday. And afterwards, Smith was almost at a loss for words.

“I don’t know how to put it – we are beyond excited,” she said. “There was a chance we weren’t even going to play this season, so for us to come out and make the most of it has been a lot of fun.”