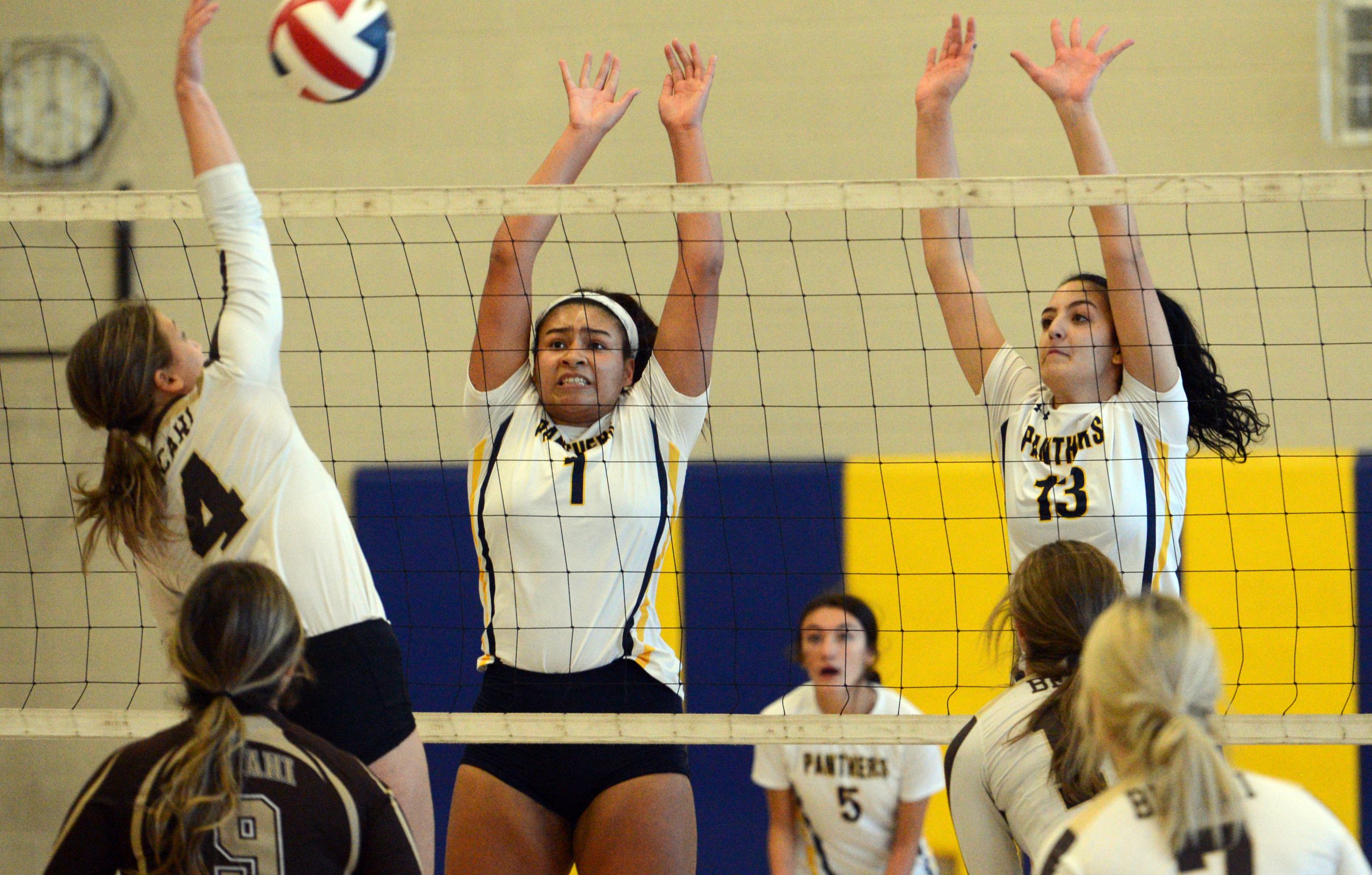 UPPER PROVIDENCE >> Despite starting late in the fall and playing a short season, in the end, the Pope John Paul II girls volleyball team made it all the way back to its usual spot – the PIAA Class 3A quarterfinals.

There, the Golden Panthers ran into a tough opponent in visiting Bethlehem Catholic on Saturday afternoon and their season came to an end with a 3-1 loss.

PJP battled back after a one-sided loss in the first set before the Golden Hawks eventually prevailed by scores of 25-6, 25-23, 20-25, and 25-23. The Panthers (10-1) had a chance to send the match to a fifth set, but BecaHi (16-0) scored five points in a row to wrap up the fourth and advance to a semifinal on Tuesday versus York Suburban, a 3-0 winner over Berwick.

“It was a blessing to get the season,” said PJP senior setter Chelsea Harvey, who recorded six kills and 34 assists. “I wish we could have gone farther, but we all enjoyed every minute of it.”

The Golden Panthers did not play their first match of the season until Oct. 14 after the Philadelphia Archdiocese initially decided to not allow fall sports. But PJP went on to win its third District 1 title in four years and had a first-round state bye.

“We had a really short season,” said PJP coach Ryan Sell. “We usually get to play in tournaments and face some really competitive teams. This year we only played a few competitive teams. That’s what’s tough, when you get here and somebody pushes back and you don’t know how to react.”

That showed in the first set as the Panthers made 11 unforced errors and the Golden Hawks were close to perfect with only two while making numerous impressive kills and digs.

“I would say it was nerves,” said Harvey. “This game was so important to us. I think we all needed to talk and breathe and reflect on ourselves.”

PJP fell behind by as many as seven points in the second set, but scored 10 out of 14 and trailed by just 24-23 after a kill by Hanna Tulli (13 kills) before an unforced error put the hosts in a 2-0 hole.

The Golden Panthers never trailed in the third set and broke a 20-20 tie on a cross-court kill by Heather Lesinski (9 kills). Bella Ricevuto (10 kills) followed with back-to-back blocks, and PJP finished off the set on a Hawk error and a hit off a block by Ricevuto.

But the Panthers lost a 23-20 advantage in the fourth set as they committed two straight errors and Rileigh Cummings knocked down two of the last three points for BecaHi.

“We had a couple of opportunities to convert and we just didn’t,”said Sell. “We couldn’t convert and the momentum changed to their side.”

Jessica Donovan had 20 digs for PJP, which lost in the state quarterfinals for the fourth straight year.

“It’s tough to get out of the quarterfinal round because no teams are bad,” Sell added.

MacKenzy Ruggiero had 12 kills and 13 digs, Kyleigh Brown 23 digs, Cummings 11 kills, Jodi Hewitt seven kills and Emma Maskiell 32 assists for the Golden Hawks, who were coming off their first District 11 title since 2014, when they downed PJP in the quarterfinals and went on to win the PIAA championship. They swept Cardinal O’Hara in a first-round match on Tuesday.

“We came out really fired up,” said BecaHi coach Kelly Brown. “Our energy was very high. The end of the fourth game, they brought it back when they needed to have it.”

The Golden Panthers had an all-senior starting lineup and nine seniors in all.

“That helped,” said Sell. “Everybody is basically coming back. It was nice to have all those kids back, but every other team was playing regular preseason stuff and started in the middle of September, which helped.”

“This team is like a family,” said Harvey. “We always had each others’ backs and played as a team.”